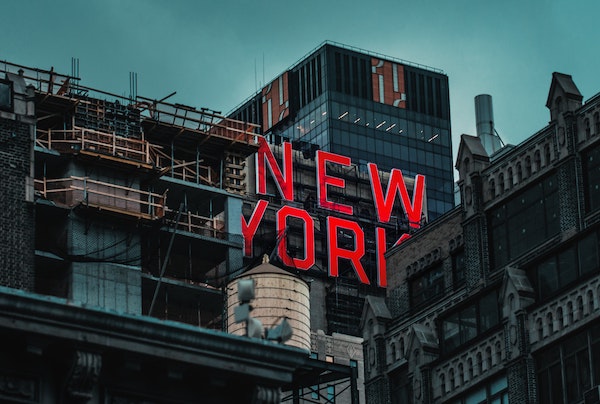 Over the past few weeks, New York City has become the epicenter of the COVID-19 pandemic in the U.S. Local authorities were quick to place the entire city in near-complete lockdown to stop or at least slow the spread of the new coronavirus. All non-essential businesses have been closed down, with only grocery stores, pharmacies, and other similar stores left open. The retail sector has been hard-hit, and so has the travel, hospitality, leisure, and entertainment industries.

The real estate sector has also started to feel the effects of this unprecedented lockdown, as landlords and tenants alike are struggling. But while the multifamily industry is already feeling the economic impact of the lockdown, the effect on NYC commercial real estate usually takes a bit longer to be felt. Commercial real estate deals can take a long time to close, even months, so sales activity is likely to remain at a healthy level for a while.

The effects on the office sector will probably start showing in the third quarter of the year, depending on the way the global pandemic evolves. Still, we wanted to see how the first quarter of 2020 fared in terms of office sales activity in New York City. Consequently, we looked at all the office sales to close in the city during the first three months of the year, and we compared the numbers to the first quarter of 2019, to see whether things have slowed down at all in this sector.

Office sales activity in New York City picked up the pace in Q1 2020 compared to the previous year. The total Q1 sales volume climbed 26% year-over-year, from $1.56 billion in Q1 2019 to $1.98 billion in Q1 2020. It would seem that, despite the economic freeze and the citywide lockdown, office deals have continued to close in the city, and investor interest has not waned.

Office space in New York City has continued to sell like hotcakes in the first three months of 2020. The biggest transactions, as always, have closed in Manhattan, where office space is considerably pricier than in any of the other boroughs. Consequently, the total office sales volume in Manhattan rose from $1.4 billion in Q1 2019 to $1.8 billion in 2020, marking a 31% increase. The number of office sales to close in the borough also increased, going from 13 sales closed during Q1 2019 to 20 sales closed during the first quarter of 2020.

The biggest office deal to close in Manhattan in the first three months of the year was the $900 million sale of 330 Madison Avenue in the Plaza District. Munich RE went into contract to buy the 40-story, 846,000-square-foot office tower from the Abu Dhabi Investment Authority in November 2019. The ADIA had owned a majority stake in the building for three decades, and it bought out the remaining 25% stake in the property from Vornado in June of last year.

Office transaction velocity in Manhattan increased significantly year-over-year compared to Q1 2019, but Brooklyn was the one to steal the spotlight in the first leg of 2020.

The total office sales volume spiked 140% year-over-year, going from just $55 million in Q1 2019 to $132 million in Q1 2020. The number of office sales closed also rose from 9 to 12, highlighting the fact that investor interest in Brooklyn office assets has increased considerably over one year.

The largest office deal of Q1 2020 in Brooklyn was the $88.8 million sale of 1630 East 15th Street in Midwood. In February, Urban Edge Properties bought the mixed-use property known as Kingswood Center from Nightingale Properties and Infinity Real Estate. The three-story asset offers 230,000 square feet of commercial space and houses tenants like T.J. Maxx and the New York Sports Club. Infinity and Nightingale had purchased the Midwood property in 2014 and added 60,000 square feet of extra commercial space.

Manhattan and Brooklyn were the only two boroughs in New York City to experience increased office sales activity compared to the previous year. Luckily, they are also the priciest and most sought-after office markets in the city, so it’s only natural that investors are drawn to these areas.

The other three boroughs all recorded drops in office sales activity during Q1 2020, compared to the year before. In the Bronx, the quarterly office sales volume dropped 90%, from $27 million in Q1 2019 to $2.6 million during Q1 2020.

There were only three office sales to close in the Bronx in the first three months of the year, with the biggest one recorded in February. CHI (the Carnegie Hill Institute) paid $925,000 to purchase a vacant property at 2500 Williamsbridge Road in Pelham Parkway North. The purchase stirred up some controversy in the neighborhood, as locals fear the new owner intends to build a drug treatment facility at the site.

Office transactions had a slow start to the year in Queens, as well. The total office sales volume contracted by 81% year-over-year, dropping from $75 million in Q1 2019 to $14 million in Q1 2020. A total of six office transactions were finalized during the first three months of the year, the largest one being a $9.9 million sale in Flushing-North. The Central Funeral Home at 162-14 Sanford Avenue sold in March to 16214 Sanford LLC.

Staten Island is not a major office market to begin with, especially when compared to Manhattan or Brooklyn. Even so, office sales activity took a big hit during the first quarter of 2020, as the total quarterly sales volume dropped 93%, from $9.9 million in Q1 2019 to just $742,750 in Q1 2020.

Just two office deals closed on Staten Island during the first three months of the year. The first was the $417,750 sale of 1274 Richmond Avenue in Bulls Head in January, while the second was the $325,000 sale of 1922 Victory Boulevard in Castleton Corners.