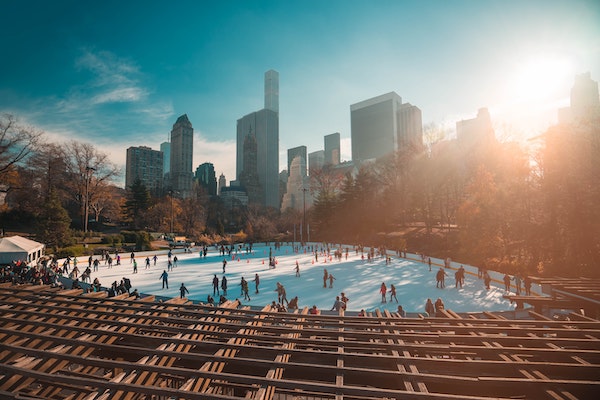 Lockdowns, social distancing measures, travel restrictions, and new remote work policies have led hotels across the country to close their doors in 2020. Now, as cities are starting to reopen gradually and businesses start welcoming workers back into the office, professionals in the hospitality industry are also gearing up for a return to normal.

In New York City, the hospitality sector was heavily impacted by the new coronavirus. According to STR data cited by the Northwest Arkansas Democrat-Gazette, the hotel occupancy rate in NYC was down 88% in April compared to two years ago. Additionally, 200 of the city’s 700 hotels were closed, many of them permanently. According to official data, revenue from the hotel room occupancy tax is down roughly 89% compared to 2020. Lastly, the city’s hospitality sector struggles with a loss of personnel, as it suffered 257,000 jobs from March to December 2020. However, there is hope on the horizon for the hotel industry in NYC.

NYC hospitality is ready to make a comeback in 2021

Despite the struggles that the leisure and hospitality industry is currently experiencing in New York City, positive signs are beginning to show. NYC & Company recently released a report estimating that 36 million visitors will come to the city in 2021, recovering more than 50% of the 66.6 million visitors it had in 2019. The report also expects the sector to make a full recovery and welcome 69.3 million visitors in 2024. NYC & Co. is partnering with Mayor Bill de Blasio to deploy a $30 million marketing campaign to bring back tourists to the city as it gradually reopens.

Another milestone paved on the road to recovery is eliminating the 5.875% hotel room occupancy tax rate for three months, from June 1st to August 31st. The measure is designed to aid in the recovery of the hospitality sector and help hotels keep their doors open and retain their staff to welcome visitors once again.

There is more good news. According to STR, the hotel occupancy rate in NYC climbed six percentage points to 35% since January. The hospitality sector also marked its fifth monthly increase in average daily room rates, which have risen 12% since December 2020. As museums and cultural institutions reopen their doors, tourists are expected to return, as well. The Metropolitan Museum of Art, for instance, has been averaging 7,000 daily visitors in 2021, up from just 4,000 last summer.

Despite the slow recovery, new hotels are in store for NYC

While there are still many miles to go before the NYC hospitality industry returns to pre-pandemic levels, developers are wasting no time preparing for the imminent return of visitors to the Big Apple. Wharton Properties has submitted plans with the city for a 363-key hotel at 25 West 34th Street, right across the street from the Empire State Building. The hotel is set to replace an existing three-story retail building subleased to Superdry, which is expected to vacate in 2023. The first hotel on Roosevelt Island is also on track to open this June. Dubbed Graduate Roosevelt, the hotel will include 224 rooms across 18 stories and will feature stunning views of the Manhattan skyline and beyond.

Existing New York City hotels have already started opening their doors to visitors. The Pierre opened in the fall, The Carlyle opened in November, while The Mandarin Oriental New York and the Park Hyatt New York reopened on April 1st. The iconic Plaza Hotel, St. Regis, and The Ritz-Carlton New York are reopening in June.

More new hotels are expected to open in the city over the following years. According to the NWA, there are 116 properties under development, with 110,000 rooms available by the end of the year – a 25% increase year-over-year. STR projects that 78 new hotels will bring more than 13,000 rooms to the city in 2021, including a 489-key development near Hudson Yards by Arlo Hotels. Other projects in the pipeline include the 74-key Brooklyn Vybe Hotel, the 33-key Baltic Hotel, and the 114-key ModernHaus SoHo, which will replace the James Hotel.

All in all, the city’s hospitality sector is ready for a comeback. With vaccinations underway and travel restrictions beginning to relax, tourists are expected to soon flock to the Big Apple once again.