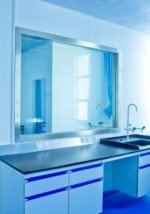 The dynamics of the New York City real estate market provides for an ever-changing landscape. At the retail level, all-time delis and coffee shops have become obsolete as trendy soup and salad bars and upscale bistros and restaurants are ushered in.  The traditional Manhattan office space once dominated by accounting, legal and management firms have been grudgingly giving way to the new era of technology start-ups and creative marketing companies, whose dominance in the hot Chelsea and Flatiron districts have been clearly felt.

And what about the New York City medical office space market? Does the word dinosaur come to mind? Manhattan has never really been known for having an abundance of buildings dedicated to medical practices. For many years, medical practices have found homes in traditional office buildings throughout midtown. But over the last 5 to 10 years that dynamic has undergone a dramatic change. Landlords are not renewing leases for physicians, and it has nothing to do with the doctor’s ability to pay the increasing rent being charged. From a landlord’s perspective, it is more about safety, economics, and common sense. The cost to a landlord of building out a medical office space is far greater than that of a traditional office space. The issues involved with bringing water into space, i.e. installing private bathrooms and sinks for treatment rooms and then piping water out of the space,  are costly and complex. And the very nature of the medical practice of bringing more visitors to the building then the typical “office” tenant puts undue demands on building services, tying up passenger elevators, which ultimately have a negative impact, felt directly by the majority of the building’s other tenants

So where are doctors to go? There were still many residential buildings on the upper Eastside and upper West side, as well as areas of Murray Hill and Gramercy Park which have ground level professional offices that are leased by physicians. However, the spaces have long leasing cycles and the turnover is very sporadic, which only adds to the value of the space once one does become available; and of course, the asking rents, anywhere from mid $60s to over $100 per square foot, are reflective of that scenario. One can only assume that these conditions are not apt to change in the foreseeable future. It is a dilemma.

See our latest guides and articles