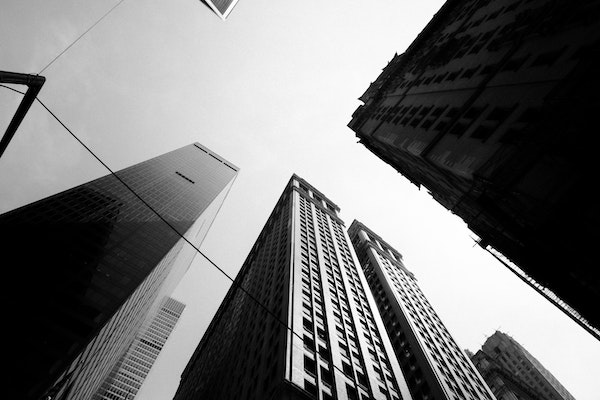 The new coronavirus has undoubtedly put the brakes on most industries, with some sectors, such as hospitality or restaurants, coming to a full stop. The U.S. real estate market has also been affected, and landlords and tenants alike are struggling to keep up with their payments. The commercial real estate sector, however, is a different kind of beast, and it usually takes a while before the effects of such an event begin to show.

Experts in the field predict a slowdown in commercial real estate transactions and a decrease in asking rents starting with the third quarter of 2020. So far this year, the New York City commercial real estate market has seen some effects of the pandemic, but not across the board. Boroughs like Manhattan and Brooklyn remained active in terms of office sales, yet office investment in Queens, the Bronx, or on Staten Island has severely dwindled.

Commercial office sales tend to take some time to close, sometimes a matter of months, which is why the first quarter of 2020 was a strong quarter with good transaction velocity, especially in Manhattan. The borough was home to 20 office sales totaling $1.82 billion, recording a 31% year-over-year increase in office sales volume compared to Q1 2019. Brooklyn, however, stole the show in the first three months of the year, recording a 140% spike in quarterly sales volume. Office sales in the other three boroughs decreased significantly, however – a possible result of the economic freeze caused by the pandemic.

We wanted to see which boroughs and which assets managed to attract interest office buyers during Q1 in NYC. Consequently, we extracted the 20 largest office deals to close in the five boroughs from January through March 2020. Manhattan and Brooklyn were the most active markets, while Queens also managed to sneak in one sale in our top 20.

The 5 Biggest Office Deals of Q1 All Closed in Manhattan

Unsurprisingly, the most significant office sales of the quarter closed in Manhattan. The borough is one of the most sought-after – and most expensive – business districts in the world; therefore, office properties here tend to fetch quite impressive sale prices.

Q1 2020 was no exception, as the top five office deals of the quarter closed in Manhattan. The priciest transaction of Q1 was the $900 million sale of 330 Madison Avenue in the Plaza District. The 40-story, 846,000-square-foot tower sold to German company Munich RE, which first went into contract to buy the asset from the Abu Dhabi Investment Authority back in November.

The second-largest office deal of the quarter closed in Soho, where SHVO, Bilgili Group, and BVK paid $382 million to purchase the asset at 530-536 Broadway from Wharton Properties. Coming in at number three on our list is the $200 million sale of 44 Wall Street in the Financial District to Gaedeke Group. These three Manhattan sales are the only transactions in our top 20 to top the $100 million mark.

Three Brooklyn Office Sales Among the 10 Largest of Q1

Manhattan is historically the most desirable destination for office investors, but it might have some serious competition in 2020. Over the first three months of the year, Brooklyn office sales totaled $132 million, marking a 140% increase compared to Q1 2019. What’s more, three Brooklyn office sales are among the top 10 transactions of the quarter.

The $88.8 million sale of 1630 East 15th Street in Midwood was the sixth-largest office transaction of the quarter in NYC, and the largest to close in Brooklyn. Urban Edge Properties purchased the asset, also known as Kingswood Center, in February, from Nightingale Properties and Infinity Real Estate. The mixed-use property is home to tenants such as T.J. Maxx and the New York Sports Club and offers a total of 230,000 square feet.

The second-largest Brooklyn deal of Q1 was the $11.7 million sale of 1600 Kings Highway to Wharton Properties in late January. Wharton bought the 16,600-square-foot Class C office building from HSBC Bank. The six-story asset was completed in 1925 and is located in the Madison neighborhood.

Four other Brooklyn transactions made our top 20 list in Q1. EcoRise Development paid $10.5 million for 100 Livingston Street in Downtown Brooklyn, while 2703 Atlantic Avenue in Cypress Hills sold to The Sandhu Group for $4.2 million. Alexander Musheyev purchased 3019 Brighton 1st Street in Brighton Beach for $3.6 million, and Murad Jajat acquired the asset at 2727 Coney Island Avenue in Sheepshead Bay for $3.2 million.

One Queens Office Sale Makes the Top 20 in Q1

During the first three months of 2020, a total of six office transactions closed in Queens, totaling $14.3 million. Office sales activity in the borough didn’t have a solid start to the year, with the quarterly sales volume 90% below that of Q1 2019. However, one office sale managed to sneak into our top 20 of Q1 2020.

The Central Funeral Home at 162-14 Sanford Avenue in the Flushing-North neighborhood changed hands in March. BongHo and MiKwang Ha, under 16214 Sanford LLC, paid $9.9 million to purchase the property from Ilias Theodoropoulos.

No notable office sales closed in the Bronx or Staten Island during Q1 2020; what’s more, both boroughs saw office transaction activity slow dramatically in the first months of the year.

We analyzed all office sales to close during the first three months of 2020 in New York City, recorded with the NYC Department of Finance. We removed all transactions with undisclosed sale prices, as well as those with sale prices below $1,000, and extracted the 20 priciest sales across the five boroughs.