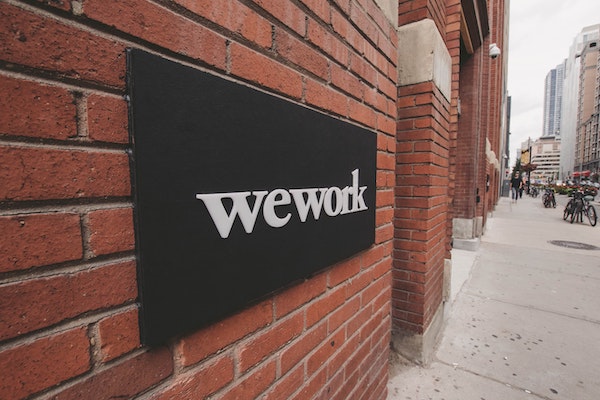 A little over a month after DBRS Morningstar declared that WeWork’s survival following the pandemic was ‘questionable,’ chairman Marcelo Claure says the coworking provider is on track to be profitable in 2021.

In a recent interview with the Financial Times, WeWork’s new chairman said that the company’s recent restructuring efforts have paid off and that he anticipates profitability a year ahead of schedule. This scenario is a far cry from the future industry experts predicted for the company in recent months.

Is WeWork ready to make a comeback?

WeWork went from hero to (almost) zero in a very short time, after a controversial and failed IPO last year that saw its $47 billion valuation drop to just $8 billion. The company is also in the midst of a legal battle with its main investor, SoftBank, which withdrew from a $3 billion bailout meant to keep WeWork’s business afloat. As a result, the flexible space provider is valued at $2.9 billion as of March. But now, things seem like they might turn around for the company.

As the COVID-19 pandemic hit this spring, it forced many cities around the world into lockdown and many businesses into embracing remote work. It’s more than likely that the work-from-home trend is here to stay, with many companies finding it more cost-effective and many employees seeing it as the safest option. At first glance, WeWork’s business model seems entirely unfit for the current situation, so experts predicted a quick demise for the company, which operates 828 locations across the globe.

The latest statements from Marcelo Claure, who’s been working alongside Sandeep Mathrani to restructure the company and save it from an imminent downfall, contradict these predictions. The month of June proved the best for WeWork in terms of sales since February, and the company signed new leases with Mastercard, Microsoft, Citigroup, and Tik Tok during the pandemic.

But these results, which do need to be taken with a grain of salt, came with some drastic measures. WeWork downsized its workforce from 14,000 employees to 5,600, and also slashed expenses, terminated leases, and renegotiated contracts. It seems to have worked – the company burned through $482 million in cash in the first quarter of 2020, 60% less than the $1.4 billion it spent the previous year.

A shift in paradigm – from coworking to private offices

According to Claure, the demand for private office spaces at WeWork buildings has ‘gone through the roof.’ This, he believes, is because employees crave flexibility and a healthy mix between working from home and in the office. ‘We have companies like Facebook, Google, and Amazon, who have told their employees that they can work from wherever they are. We have a lot of those employees who now come to a WeWork facility to use it one day, a week, two days a week, three days a week,’ Claure told the Financial Times.

WeWork’s chairman might be right about the fact that not everyone is cut out for remote work, and many people would like to work from an actual office a few times a week. However, using public transportation to head into a busy business district might not be the safest option nowadays, so people will be looking for a place to work closer to home.

Corporations might start relying on flexible space providers like WeWork to set up satellite offices in different boroughs and neighborhoods, to accommodate workers who need a place to work that’s safe and easily accessible. Startups and businesses in the early stages will want to wait and see where the market is going before committing to a long-term office lease. For such companies, leasing office space at a WeWork location on a month-to-month basis might be a low-risk choice.

High-density coworking spaces, a thing of the past?

An issue that’s worth pointing out is that WeWork’s business strategy will have to change – dramatically. Shared office spaces, including those at WeWork facilities, are usually jam-packed with workers and entrepreneurs. That density will have to be reduced to ensure social distancing rules are followed. WeWork will have to realign and focus on selling private spaces and offices, which is what people are looking for now. The downside for companies is that WeWork might also increase their rates to make up for the lower number of tenants.

Sandeep Mathrani, who took over the role of WeWork CEO after Adam Neumann stepped down last year, has a different take on the issue of density. In an interview with Bisnow, Mathrani pointed out that most WeWork members have their own office and their own four walls, and that revenue from individual coworking members accounts for only $36 million of the company’s $4 billion annual revenue.

‘The larger enterprise tenants don’t rent by the desk, they rent by the square foot, so companies de-densifying doesn’t affect our profitability,’ Mathrani told Bisnow. Still, data cited in the article shows that WeWork signed for just 10,000 square feet of new space in the U.S. and U.K. in the first half of 2020, a far cry from the 6 million square feet it signed in the first half of 2019.

The main problem that WeWork is facing, according to Mathrani, is an oversupply of real estate, which resulted from a 12-month growing spurt. ‘When you have overbuilding in any sector, like shopping centers or apartments, that creates a problem. We had a lot of supply come online in a very short space of time, so this job becomes a leasing job. You need to fill that space,” Mathrani told Bisnow. The company is dealing with the oversupply through a comprehensive portfolio review, where they analyze and review each building that they operate to see if it’s profitable. Mathrani claims that 85% of the company’s buildings are profitable, and he expects that percentage to rise by the end of the year.

By all accounts, it would seem like the future’s still bright for WeWork, despite its recent failings and very public controversies. Mathrani and Claure have stepped in and are implementing an aggressive restructuring plan that has profit as the ultimate end goal. It remains to be seen whether their projections will prove correct next year, as the uncertainty around the global pandemic continues to play a signicant role in the worldwide office market. Recent leases signed with companies like ByteDance, which owns Tik Tok, signal that WeWork has not lost its appeal. The need for short-term office leases might just be what saves WeWork during and following the pandemic, and if it can shift its strategy towards selling private offices, it might just reach its profitability goals.