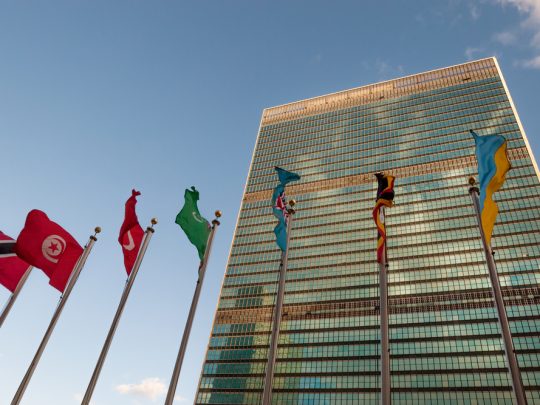 The area housing the United Nations global headquarters was once a center for shipbuilding and the home of several airline companies’ headquarters. Also known as Turtle Bay, the area stretching between Third Avenue and the East River from 42nd to 53rd streets is a portion of Midtown Manhattan that’s highly appealing to international companies. The proximity to Grand Central Terminal and iconic landmarks like the Chrysler Building further boost the area’s appeal and draw in commercial real estate investment.

The UN headquarters, consisting of several low- and high-rise buildings, was completed in 1952 along the East River, on a 17-acre parcel of land. The land and the buildings are under the sole administration of the United Nations, as the site received extraterritorial status under a treaty agreement with the U.S. government. Besides the UN HQ at 760 United Nations Plaza, the site also houses DC-1 and DC-2, located at 1 and 2 United Nations Plaza, respectively. These buildings serve as offices for various agencies and programmes of the organization.

Who is renting office space in the United Nations area?

The Midtown area surrounding the United Nations headquarters is highly sought-after by international companies looking to set up offices in New York City. The prestige and reputation of this district as a cluster of major global institutions draws in businesses that want to attract an international clientele. The area is home to various consulates, UNICEF House at 3 UN Plaza, the UNITAR Building at 807 UN Plaza, and recognizable UN staples like the General Assembly Building, the Secretariat building or the Dag Hammarskjöld Library.

Notable office buildings in the area include 866 United Nations Plaza, which houses the U.S. Department of State, the UN Office of Foreign Missions, and the consulates of Finland and Chile; 820 Second Avenue, home to the United Synagogue of Conservative Judaism, the Permanent Mission of Peru to the UN and the Republic of Angola; and 3 Dag Hammarskjold Plaza, housing tenants like the American University of Beirut, the Organization of African Unity, and the Permanent Mission of UAE to the UN. The Chrysler Building is also just minutes away.

How much does it cost to lease an office in the United Nations area?

Office asking rents in Midtown Manhattan reached a new post-recession peak of $87 per square foot, according to CBRE’s first-quarter of 2019 data. Most Midtown submarkets boast above-average office rents, given the excellent location and proximity to a variety of live/work/play destinations. Average office asking rents in the East Side/United Nations area of Midtown hover somewhere below the $70 per-square-foot mark, since most of the international organizations in the area sign long-term leases and the district’s office inventory caters to a select niche of global institutions.

There are many excellent transportation options to choose from in the United Nations section of Midtown Manhattan. Grand Central Station is just a short walk away, providing access to the 4, 5, 6 and 7 subways, as well as to train service out of the city via Amtrak and MetroNorth. Car commuters from other boroughs or towns can reach the area by taking the 59th Street Bridge or Franklin D. Roosevelt Drive, which runs underneath the UN headquarters. 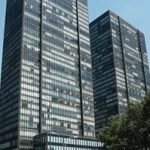 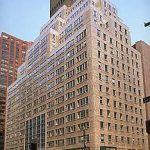 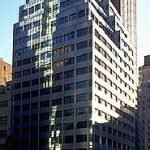 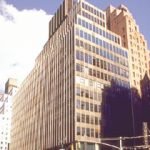 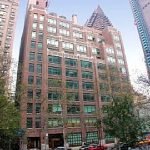