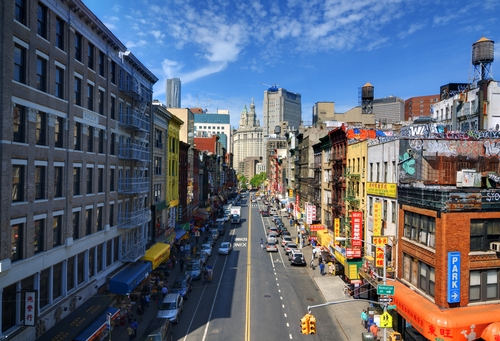 The area bordered by Little Italy to the north, Civic Center to the south, the Lower East Side to the east, and TriBeCa to the west is known as Chinatown, one of nine Chinese neighborhoods in New York City and home to the highest concentration of Chinese people in the Western Hemisphere. Conveniently located close to SoHo, TriBeCa and the Financial District, Chinatown is an appealing destination for small and mid-sized businesses looking for quality office space.

Many of Chinatown’s office buildings are low-rise, walk-up brick buildings that originally served as tenement housing or manufacturing warehouses. The proximity to the Garment District once fueled the fashion manufacturing industry in Chinatown, which employed roughly 30,000 workers at its peak, however, much of the the industry has since moved to China. Nowadays, the lower floors of the area’s historic brick buildings are attracting professionals in the healthcare, law, and tech start-up industries.

Who is renting office space in Chinatown?

Tourism, retail and restaurants are the driving industries fueling the economy of Chinatown. Canal Street, which borders the neighborhood to the north, is one of the most trafficked thoroughfares in the area, crowded with open storefronts, street vendors, banks and jewelry shops.

The district has also become a bustling commercial district, with many investors eager to snag office space here. However, that’s no easy feat, as a large portion of buildings in Chinatown have been owned and occupied for generations by Chinese or Chinese-operated businesses. Leasing, selling or renovating these historic buildings usually requires the approval and consensus of many parties. Even so, there are many Asian and American banks operating in the neighborhood, due to the high savings rate among the Chinese, including Valley Bank, TD Bank, the Chinatown Federal Savings Bank, and the First American International Bank.

How much does it cost to lease an office in Chinatown?

Companies wanting to move their business to Chinatown will benefit from affordable office prices compared to Midtown, which tends to be too pricey for small startups or mid-size firms. Office asking rents in Downtown Manhattan closed the first quarter of 2019 at an average of $62 per square foot, with leasing activity driven primarily by TAMI (tech, advertising, media and information services) companies and nonprofits, per CBRE data.

The office space available in Chinatown is well-suited to small start-ups, consultants or service businesses with limited need for inventory. There are also loft spaces available in former garment factories, which are ideal for techies and creative professionals such as fashion or graphic designers.

Chinatown is located at the junction of several major subway lines, including the B and D trains at the Grand Street stop, and the 6, N, R, Q, W, J, M, and Z trains at the Canal Street station. Many Chinatown bus lines pick up and drop off in the area, providing inexpensive bus service to major cities such as Philadelphia, Boston and Washington, D.C. 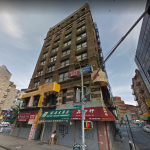 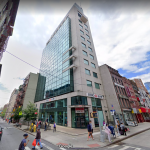 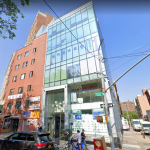 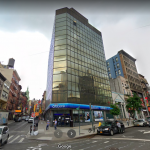