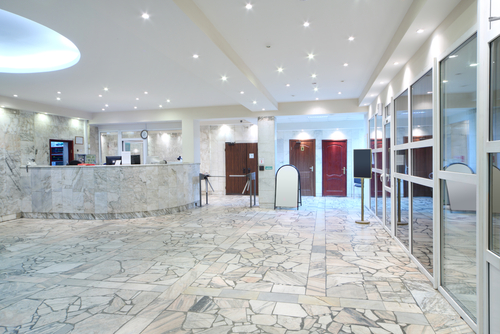 You make an appointment to see a New York City commercial space that, judging from some online photos, appears to be ideal for your business. It’s got a great location, reasonable rent, and just enough square footage. But when you get there, there seems to be less space than was advertised – significantly less.

What is Loss Factor?

The loss factor is the difference between “rentable square footage” (RSF) and “usable square footage” (USF). RSF incorporates a corresponding proportion of common areas such as the lobby, corridors, public bathrooms and elevator vestibules. USF, however, is the space allocated for your company’s use. It follows that USF is always smaller than RSF.

How is Your Company Affected?

Commercial landlords use RSF as the measurement for the commercial office space they are leasing, which makes sense considering that the use of common areas is included in the rent. This might be confusing for a potential tenant who is expecting 1,000 USF, but instead finds 1,000 RSF and only 600 to 800 USF. Here are some simple guidelines that will help keep the confusion to a minimum:

The distinction between RSF and USF is an important one, especially if your company has many employees (or if you happen to be into oversized furniture). If you don’t see the USF listed in an ad listing a particularly appealing property, be sure to do a little calculating before making an appointment.