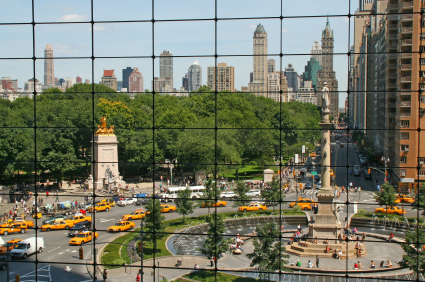 The geographical center of New York City and the point from which official highway distances from the city are measured, Columbus Circle is one of the most trafficked intersections in Midtown Manhattan. Located at the southwest corner of Central Park, it was created back in the late 1800s as a circular public space meant to serve as a gateway to the park. The area takes its name from the Christopher Columbus monument in the middle of the intersection, and includes a plethora of shops, restaurants, as well as Class A office buildings like the Skidmore Owings & Merrill-designed Time Warner Center.

Who is renting office space in Columbus Circle?

The area surrounding Columbus Circle is home to many banks, investment management companies, real estate firms, as well as media businesses. Notable tenants in the area include Related Companies, CNN and Warner Media at Time Warner Center, Young & Rubicam, Chase Bank and Bank of America at 3 Columbus Circle, Steelcase at 4 Columbus Circle, and Hearst Media at 300 West 57th Street. The Trump International Hotel & Tower is just a few minutes away, as is the Museum of Art and Design, the Lincoln Performing Arts Center, and the New York Institute of Technology, at 1855 Broadway.

The Time Warner Center is also home to a Whole Foods store, the Shops at Columbus Circle mall, Jazz at Lincoln Center, and the Mandarin Oriental Hotel. The two 53-story towers developed by Related Cos. will change their name from Time Warner Center to Deutsche Bank Center in 2021, when the German bank will replace Warner Media as anchor tenant.

How much does it cost to lease office space in Columbus Circle?

Midtown Manhattan office asking rents reached a new peak of $87 per square foot in Q1 2019, the highest rates recorded since 2008, according to CBRE data. Leasing activity in this section of Manhattan is also high, with 3.9 million square feet of office space leased during the first quarter.

While Columbus Circle was meant to be trafficked by car, most New Yorkers choose to walk or use public transportation instead to avoid the intense traffic in the area. Luckily, there are plenty of options to choose from, including the M5, M7, M10, M20 and M104 buses. The 59th Street subway station is located underneath Columbus Circle and is served by the 1, 2, A, B, C, and D lines. 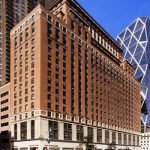 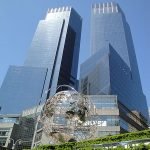 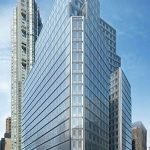 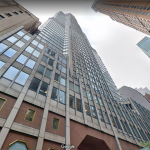 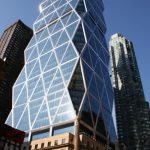 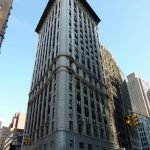 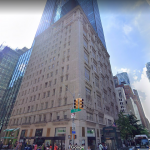 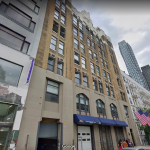 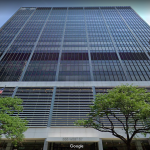 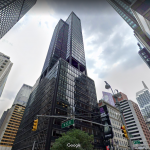 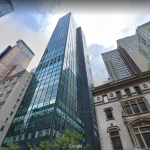 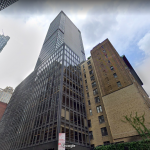 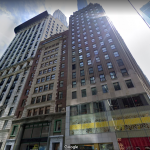