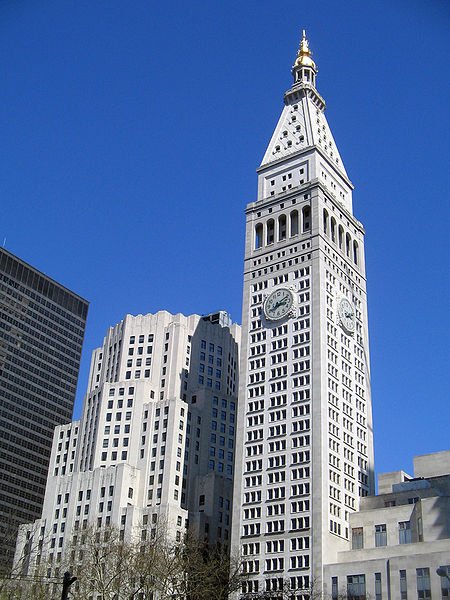 The distinctive clock tower rising at 1 Madison Avenue in Midtown South was completed in 1909 and is also known as the Metropolitan Life Tower. It boasts a design by Napoleon LeBrun & Sons, who modeled it after the Campanile in Venice, Italy. The exaggerated features of the tower make it appear far shorter than its 50 stories—each of the clocks is three stories high, and the numbers each weight a half ton.

The tower’s already small floor plates were further reduced by the installation of the elevator shaft, eventually rendering the MetLife Tower unprofitable as an office asset. Consequently, it was sold and redeveloped into the New York Edition Hotel by Marriott, with an address of 5 Madison Avenue. The office building covering the same block was built in 1933 with an address of 11 Madison Avenue, and is also known as the Metropolitan Life North Building. That building is occupied mainly by Credit Suisse and boasts more than 2 million square feet of office space.

The clock tower known as the MetLife Tower no longer features office space, and instead houses 273 luxury hotel rooms. However, building owner SL Green plans to reposition the MetLife Tower complex as a bustling office destination near Madison Square Park. The developer plans to add 18 additional column-free floors above the existing building at 1 Madison Avenue, and expand the rentable space to nearly 1.5 million square feet. The renovation will also include new terraces on the 10th and 11th floors and private tenant terraces at the top of the tower. The lobby and ground-floor retail portion of the existing building will also get a full upgrade, with completion scheduled for 2020 or 2021.

Getting to and from 1 Madison Avenue

1 Madison is adjacent to Madison Square Park and within walking distance of various restaurants and shopping locations in the neighborhood. The building also offers immediate access to the 6 subway line, and lies just one block away from the N and R subway lines. The tower’s location provides access to both the 23rd and 28th streets subway station, which are both nearby.

Who is renting office space at 1 Madison Avenue?

1 Madison Avenue is currently fully occupied by a Marriott luxury hotel. The adjacent office building at 11 Madison Avenue is home to Credit Suisse, Yext, Asset Management Finance, Charles Schwab and Schnippers. The two buildings are connected via an elevated walkway.

How much is the rent price for office space at 1 Madison Avenue?

Office asking rents in the Midtown South area reached a new record-high of $84 per square foot in the first months of 2019. Demand is high, yet large-block availabilities are scarce in this submarket. The oversized floor plates at 11 Madison Avenue make it a desirable location for office-using tenants, and the new additions planned by SL Green will surely attract high-profile tenants to the complex. 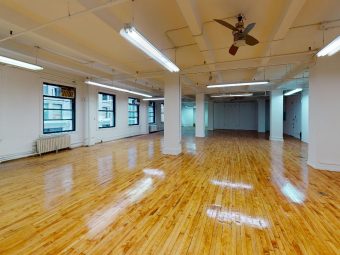 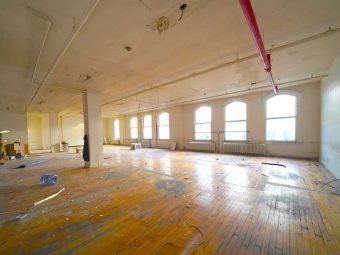 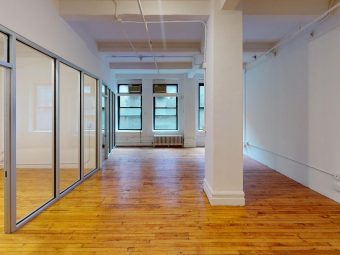