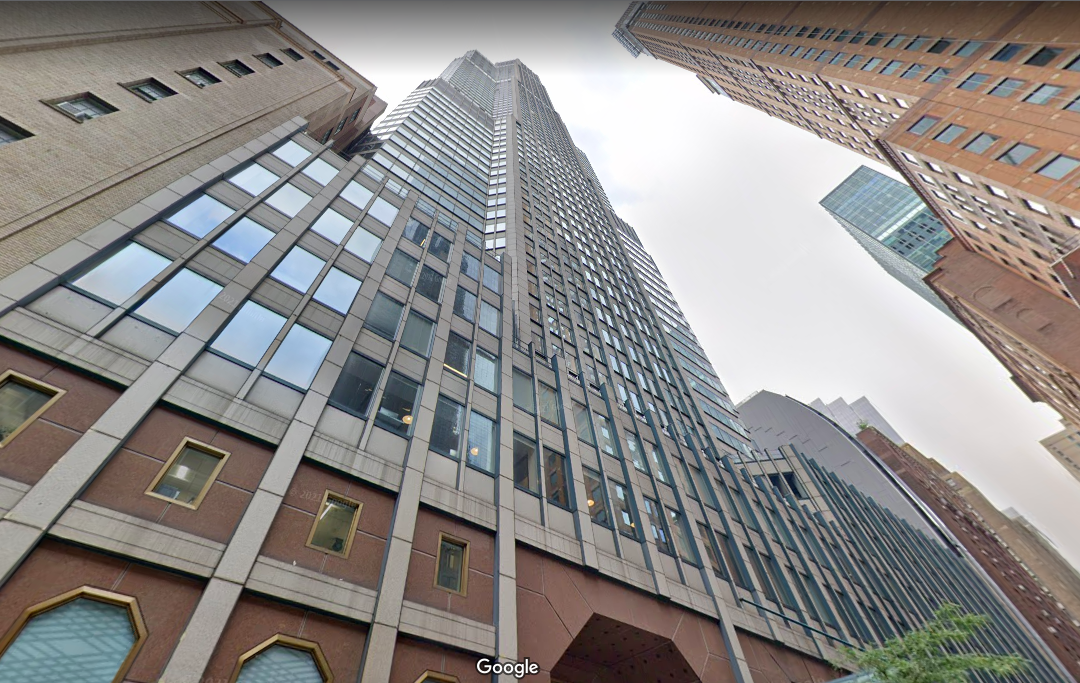 The CitySpire tower at 156 West 56th Street in Midtown Manhattan was built in 1987, and is the third-tallest mixed-use skyscraper in New York City. It was designed by Helmut Jahn of Murphy/Jahn Associates in a postmodern architectural style. The building features both commercial office space for rent, as well as residential units and showroom space. It is currently home to various tenants in diversified industries, such as media and finance.

CitySpire incorporates 369,800 rentable square feet of Class A Columbus Circle office space. The building owned by Tishman Speyer features 23 stories of commercial space, while floors 24 through 75 are privately owned residential units. There’s also a 50,000-square-foot showroom space within the building, and retail space on the first floor. Commercial floor sizes range from 15,000 to 20,000 square feet, while amenities include an on-site conference room, venue space and day care, on-site security, 24/7 tenant access, and a 100-car parking garage. The tower was renovated in 2004.

Getting to and from 156 West 56th Street

The office tower rising at 156 West 56th Street is conveniently located close to the highly trafficked Columbus Circle, in the heart of Midtown Manhattan. The building lies just steps away from major landmarks like Central Park, Lincoln Center, Rockefeller Center, Radio Music Hall, Bloomingdale’s, or Carnegie Hall. Those working or living within CitySpire also have easy access to public transportation, including the A, B, C, D, F, N, Q, and R lines served by Penn Station and Grand Central Station, both just a brief connection away.

Who is renting office space at 156 West 56th Street?

How much is the rent price for office space at 156 West 56th Street?

Office asking rents at 156 West 56th Street tend to be slightly more affordable than other Midtown Manhattan submarkets, like the Plaza District or Hudson Yards, where rents often exceed $100 per square foot. Asking rents for office space at CitySpire tend to start at around $60 per square foot, but can go higher, depending on the lease terms.