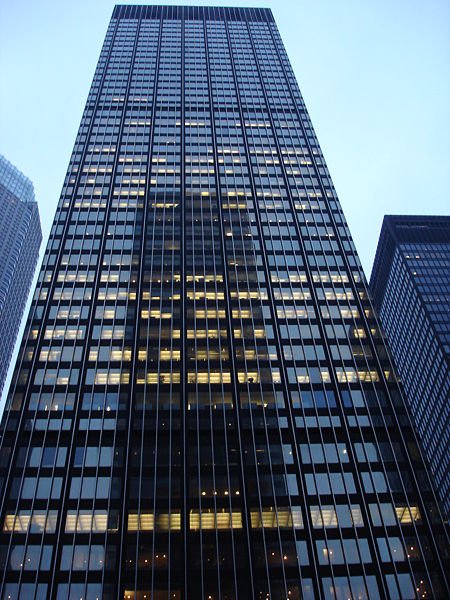 The 52-story office tower at 270 Park Avenue in Midtown Manhattan was previously known as the Union Carbide Building upon its completion in 1961, and today it houses the headquarters of JPMorgan Chase. The Plaza District office building was designed by SOM’s Natalie de Blois, and held a 50-year record for being the tallest building designed by a female architect. The 1.5 million-square-foot tower was built right on top of the train tracks that lead to Grand Central Terminal, thus offering easy access to all parts of New York City.

In 2019, JPMorgan Chase’s plan to demolish the existing building and replace it with a taller, more modern office tower, was approved. Demolition is set to start this year and the new tower is scheduled for completion in 2024.

The existing 52-story building that JPMorgan calls home consists of 1.5 million square feet of Class A Midtown Manhattan office space. The skyscraper underwent an expansive renovation effort in 2012 to make it more energy efficient, and has earned LEED Platinum certification from the USGBC.

The office space at 270 Park Avenue has become insufficient for JPMorgan Chase, which currently fits 6,000 employees in a space that was designed to fit 3,500. Following the approval of the Midtown East rezoning plan, which allows for taller buildings to be developed in the area, JPMorgan plans to demolish the existing tower at 270 Park Avenue and built a 70-story, 2.4 million-square-foot replacement that would fit 15,000 employees. Tishman Construction will manage the project, while the design of the new tower will be handled by Foster + Partners. 270 Park Avenue will be the tallest voluntarily demolished building in the world.

Getting to and from 270 Park Avenue

JPMorgan’s office tower at 270 Park Avenue benefits from an ideal location close to Grand Central Terminal, offering workers and visitors in the building easy access to several subway lines, including the 4, 5, 6, and 7 trains. Employees also have access to Metro North and Amtrak lines out of Manhattan.