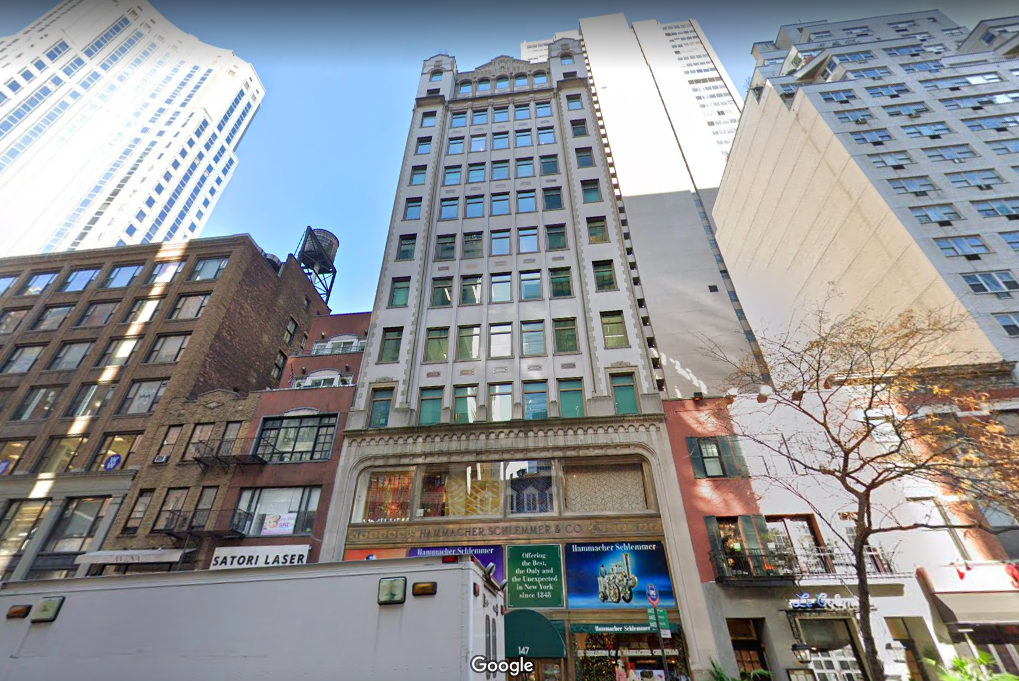 The boutique office building located at 145 East 57th Street in Midtown Manhattan was originally completed in 1926. It was designed by James J.F. Gavigan has served as the home of Hammacher Schlemmer since its completion. The company, which still occupies the ground floor retail space, was New York City’s first hardware store. Here, they developed and launched the world’s first pop-up toasters, electric razors, steam irons, microwave ovens, and cordless telephones.

Nowadays, 145 East 57th Street, also known as The Hammacher Schlemmer Building, has been renovated and offers boutique NYC office space in the heart of the prestigious Plaza District. The building is an ideal fit for startups or small companies looking for modern, creative office space that can be prebuilt to fit their specific business needs.

Getting to and from 145 East 57th Street

145 East 57th Street is conveniently located in Midtown Manhattan, close to the tram to the new Cornell campus on Roosevelt Island. The building is within walking distance to the N, R, W, 4, 5, 6, F, E, and M subway lines, FDR Drive, and the Ed Koch Queensboro Bridge.

Who is renting office space at 145 East 57th Street?

The Hammacher Schlemmer Building is ideal for startups or small, creative office tenants looking for quality prebuilt space in a transit-oriented location. Today, the building is home to various office-using tenants, including Gerber Group, Masterpak, Judson Realty, The Browning School, and Hammacher Schlemmer on the ground floor.

How much is the rent price for office space at 145 East 57th Street?

Office asking rents at 145 East 57th Street range from $70 to $90 per square foot, or even more, depending on the terms and size of the lease. The landlord is offering the possibility of a prebuilt space to fit the specific needs of the tenant. Office floors are suitable for family offices, foundations, nonprofits, financial firms, and private equity firms.