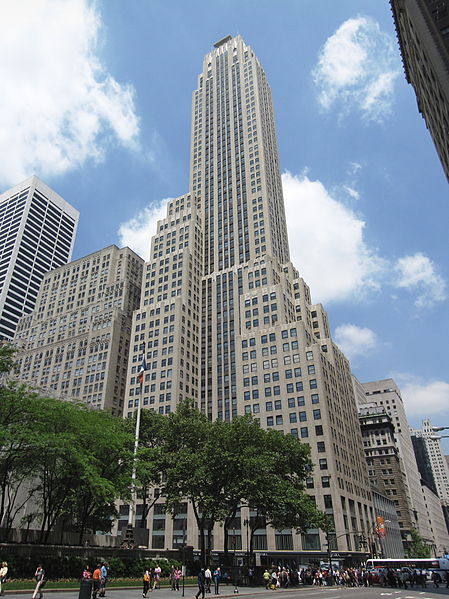 The office building located at 500 Fifth Avenue in Midtown Manhattan was designed by Shreve, Lamb & Harmon Associates, and built for businessman Walter J. Salmon Sr. Completed in 1930, at the same time as the Empire State Building, the Salmon Building boasts an unusual shape and design.

Being located in two zoning districts that had different setback requirements, 500 Fifth Avenue boasts asymmetrical setbacks at the 18th, 22nd and 25th stories on Fifth Avenue, a recessed light court starting at the 8th story, and more setbacks at the 23rd, 28th, and 34th stories facing West 42nd Street. The tower was designated a New York City Landmark in 2010, and currently houses various high-profile office tenants like Oxford University and Georgetown.

The office building at 500 Fifth Avenue offers 686,353 square feet of Class A Plaza District office space across its 60 stories. It is owned by L&B Realty Advisors and managed by Cushman & Wakefield. Amenities at 500 Fifth Avenue include tenant-controlled HVAC, Energy Star certification, 24/7 attended lobby, a messenger center, UPS and FedEx drop-off, and keycard access. The landlord offers a ‘pre-built’ program for office space rentals, which includes high-end finishes like marble, wood and glass.

Getting to and from 500 Fifth Avenue

The nearby Bryant Park subway station provides access to the B, D, F and M trains for tenants working in the Salmon Building. Other nearby trains include the N, Q, and R at Times Square, and the 4, 5, 6 and 7 at Grand Central Terminal, as well as service via Amtrak and MetroNorth.

Who is renting office space at 500 Fifth Avenue?

500 Fifth Avenue is home to several high-profile office tenants in industries like finance, media, fashion and education. Notable tenants operating office space in the building include the University of Oxford, Georgetown University, Zara, the Make-A-Wish Foundation, Sanyo Corporation, and Citihub. A Jamba Juice restaurant is located on the ground floor.

How much is the rent price for office space at 500 Fifth Avenue?

Office asking rents at 500 Fifth Avenue are not for the faint of heart. The building’s excellent location in the coveted Plaza District of Midtown Manhattan, coupled with the prestigious tenant roster, result in rents being pushed above $90 per square foot. 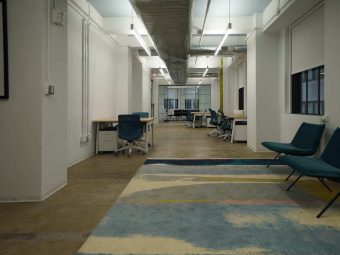