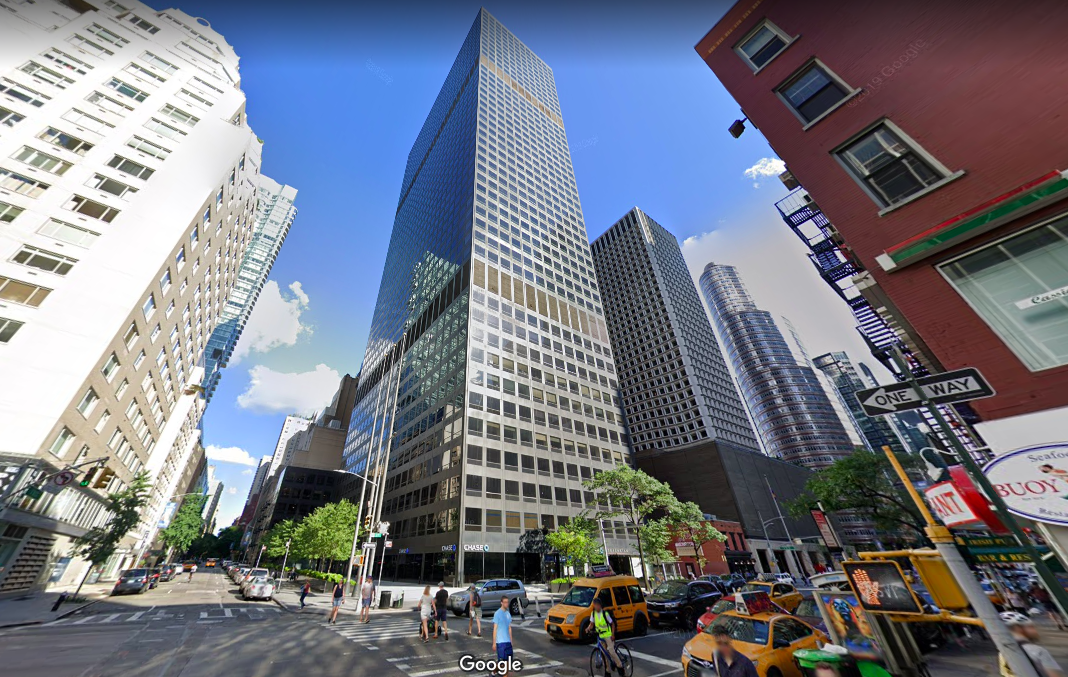 The office tower rising at 919 Third Avenue in Midtown Manhattan was originally completed in 1970, boasting a design by renowned architects at Skidmore, Owings & Merrill. The development of the building attracted attention as developers had to build around the iconic P.J. Clarke’s restaurant located on-site. The restaurant, established in 1884, was described by Nat King Cole as offering “the Cadillac of burgers” and was often frequented by famous artists, including Buddy Holly.

Getting to and from 919 Third Avenue

919 Third Avenue is conveniently located in the heart of the prestigious Plaza District of Midtown Manhattan, between 55th and 56th Streets. Those working within the building have easy access to a plethora of shopping and dining options, as well as access to public transportation via the nearby Lexington Avenue-53rd Street station.

Who is renting office space at 919 Third Avenue?

How much is the rent price for office space at 919 Third Avenue?

Office asking rents at 919 Third Avenue start at $75 per square foot but can vary depending on the terms and size of the lease. Asking rents at this building are roughly on par with rents commanded in the Plaza District and Midtown Manhattan.