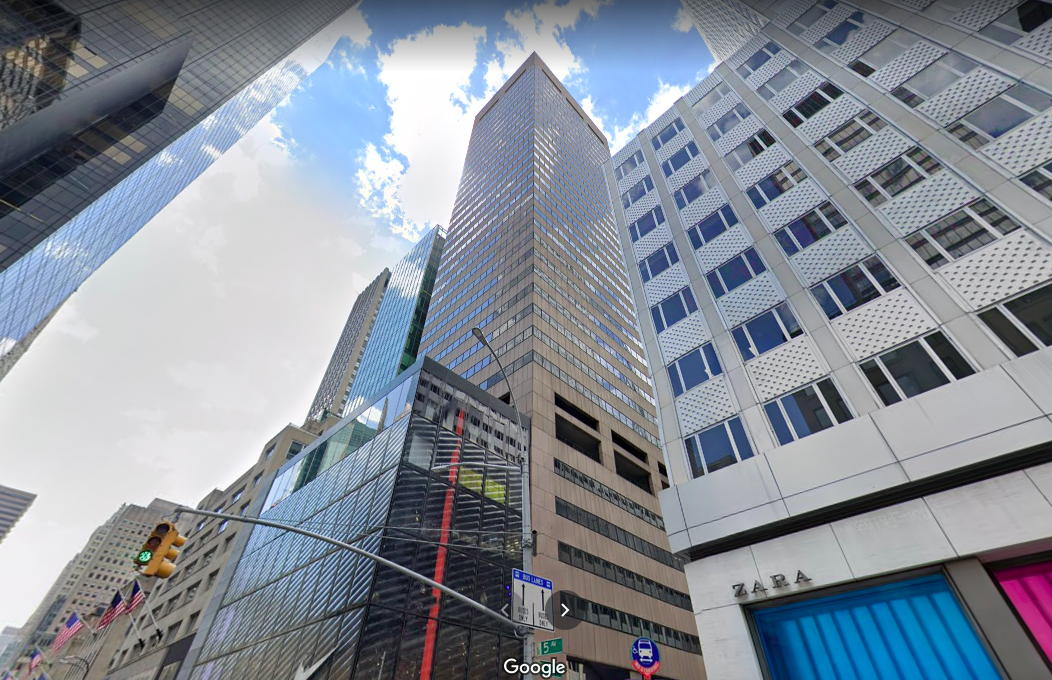 The office tower rising at 650 Fifth Avenue in Midtown Manhattan was completed in 1979. It was designed by John Carl Warnecke & Associates for the Pahlavi Foundation, a nonprofit organization based in Iran. The building was previously known as the Piaget Building and was renovated in 2012. Nowadays, it houses various high-profile office and retail tenants, and it is an ideal fit for companies looking for state-of-the-art amenities in a prestigious location.

The former Piaget Building at 650 Fifth Avenue offers roughly 390,000 square feet of Class A Plaza District office space and over 90,000 square feet of retail space. The property was renovated in 2012, with the CBRE Group investing $11 million on building upgrades. The capital improvement program included a redesigned lobby, new outdoor esplanade, new elevators, and new bathrooms. Architects at Swanke Hayden Connell handled the redesign of the lobby and the esplanade. An additional $2 million was spent retrofitting the central chilled water plant to boost energy efficiency and tenant comfort.

Getting to and from 650 Fifth Avenue

650 Fifth Avenue offers a convenient location close to Rockefeller Center, in the heart of the prestigious Plaza District of Midtown Manhattan. The building lies close to many public transportation options via Grand Central Terminal, the Port Authority, and nearby subway stations.

Who is renting office space at 650 Fifth Avenue?

How much is the rent price for office space at 650 Fifth Avenue?

Office asking rents at 650 Fifth Avenue start at $70 per square foot. Nowadays, landlords are more open to concessions and negotiations than ever, which opens doors for tenants to snag Class A, state-of-the-art, amenity-rich office space such as that found at 650 Fifth Avenue.