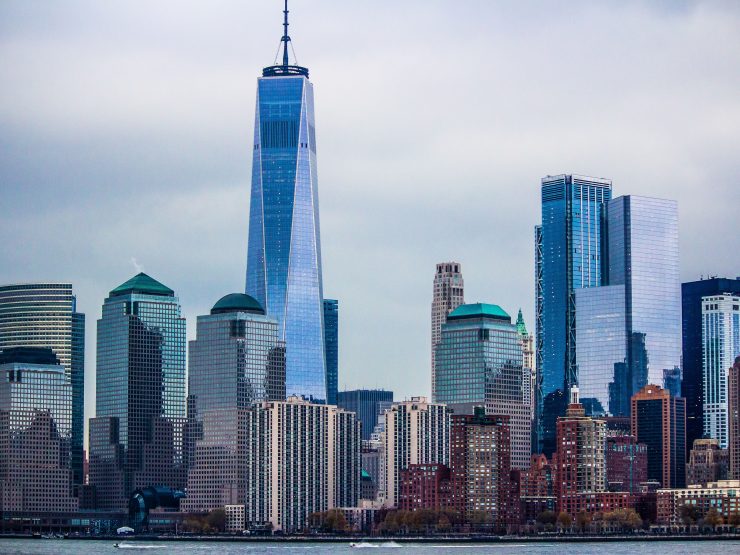 The New York City retail scene is going through a bit of a slump lately, according to many industry experts. The New York Times even ran a photo essay last fall showing the many vacant storefronts visible on the city streets. By many accounts, the situation is dire; but others disagree with this negative view of the market. It’s true that the rise of online shopping has been impactful, and many brick-and-mortar stores have lost clients to the online marketplace, but the city’s retail industry might just be changing, with new types of retailers setting up shop in the five boroughs.

We wanted to check out the top 15 retail lease deals to close in New York City in Q1, to get a better idea of what’s going on in the market. Nine out of the 15 leases on the list closed in Manhattan, while the biggest lease of the quarter was signed in Brooklyn. What’s interesting to note is that there aren’t many traditional retail leases on our list. Our list includes gyms, cultural spaces, breweries, cinema chains, entertainment venues, with just a couple of department stores/fashion retailers making the cut. This goes to show that the New York City retail scene isn’t dead, it’s just taken a different form, and our definition of what constitutes retail space might be a bit outdated. Check out the list of the quarter’s top 15 retail lease deals in NYC below:

Target Signs the Top Retail Lease of Q1 in Brooklyn

The biggest retail lease of Q1 was signed in Brooklyn in March. Retail giant Target took over 90,000 square feet of space at 8973 Bay Parkway, and will debut its new location in 2020 on the site of a former Toys’R’Us store, according to the Brooklyn Reporter. The new department store will be located within Caesar’s Bay Shopping Center in Gravesend, which is already home to a Kohl’s Department Store, a Best Buy, a Five Guys restaurant, and, as of April, an Olive Garden restaurant. The Target deal was the biggest to close in Brooklyn in Q1, but it was not the only notable one. Three other Brooklyn retail leases made our list: Brooklyn Boulders leased 30,598 square feet at 87 Kent Avenue, Alamo Drafthouse signed a 25,000-square-foot lease at 445 Albee Square West, and the Collective Arts Brewery took over 16,000 square feet at 519 3rd Avenue.

Brooklyn might have housed the largest retail lease of the quarter, but 9 of the 15 biggest retail leases of Q1 were signed in Manhattan, totaling more than 300,000 square feet of space. The biggest lease deal was closed by Life Time at 1 Wall Street in January. The gym signed a 74,000-square-foot lease for its second location in Manhattan at Macklowe Properties’ 1.1 million-square-foot tower in the Financial District. The Art Deco building is currently being repurposed as condominiums, and the addition of the Life Time gym is surely going to be an appealing amenity for residents. A Whole Foods store is also going to open a location on the building’s ground floor. The new fitness center is scheduled for opening in the second half of 2020, and will span across four floors, according to the Commercial Observer.

Fitness centers have become extremely popular across the U.S. and especially in New York City, with high-end concepts like Equinox gaining more and more avid followers every day. The popularity of this trend is also evident on our list, as five of the top 15 leases of Q1 were signed by gyms or fitness facilities, the biggest of which being the Life Time deal. Crunch Fitness signed on to open two new locations in the city, securing 27,450 square feet at 1385 Broadway in Manhattan’s Midtown South and 20,000 square feet at 166-10 Baisley Boulevard in Queens. Luxury fitness company Equinox signed a lease in February to occupy 14,000 square feet at 30 East 85th Street on the Upper East Side, its 31st location in Manhattan. Brooklyn Boulders, which offers a different approach to fitness by blending rock climbing with art, music, coworking and events, signed the 8th biggest retail lease of the quarter at 87 Kent Avenue.

Another highlight of the quarter was the return of the AKC Museum of the Dog to New York City after more than 30 years. The museum houses one of the world’s largest and finest collections of canine-related art, and will occupy 60,000 square feet of space at HJ Kalikow & Company’s Midtown Manhattan tower at 101 Park Avenue near Grand Central Station. The AKC signed a 20-year lease for the space, which will also house its corporate headquarters, making the move from St. Louis, where it operated for three decades, even though it was founded in New York City in 1982. The AKC Museum of the Dog will join 101 Park’s high-profile tenant roster, which includes Morgan Stanley, the Federal Home Loan Bank of New York, Hitachi, Price Waterhouse, and others, as reported by Globe Street.

The Future of Retail in NYC, a Mix Between Physical Stores and Online Marketplaces

The future of retail is most likely to be a blend of physical stores and online marketplaces, as Forbes put it in an article, with consumers unlikely to pick one channel exclusively over the other. For many customers, in-store purchasing is an experience, a pleasurable activity, and it’s also an opportunity to actually test out the items that they plan to later buy online. Even online retail juggernaut Amazon is opening up physical bookstores across the U.S. in order to cater to the diverse needs of its customer base. What’s more, some types of retail simply can’t be replicated in the online realm, such as dining at restaurants or participating in group workshops or group fitness and entertainment activities.

If your business wants a convenient location in Manhattan, and is looking to lease space in an iconic building with a high level of amenities, reach out to us and we will show you worthwhile space situated right in the heart of New York City. To learn about available retail space, call Metro Manhattan Office Space at (212) 444-2241.