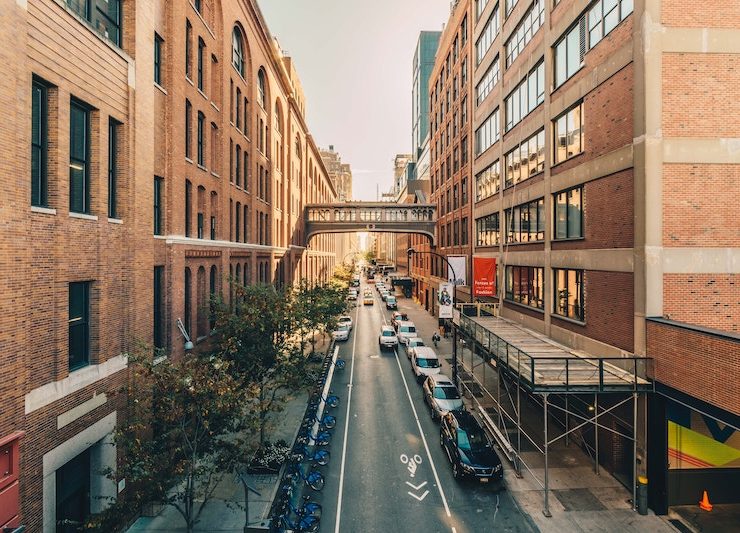 The first three months of the year saw office leasing activity in New York City thrive, with asking rents reaching new highs in Manhattan, where the biggest leases of Q1 were concentrated. According to Colliers, 68,700 new jobs were added by the NYC private sector in Q1, 1.8% more than the previous year. This rise in jobs, coupled with high demand for new and modern office space from tech companies and coworking tenants, is pushing office rents even higher. The total office leasing volume in Manhattan surpassed 9 million square feet, while average asking rents climbed to nearly $77 per square foot. Leasing activity was driven primarily by FIRE and TAMI companies, as well as by the growing coworking sector.

We turned to The Real Deal and their monthly leasing recaps to compile a list of the 15 biggest office leases of Q1 in New York City. Unsurprisingly, 13 out of the 15 leases were signed in Manhattan, with Brooklyn and Queens each landing one spot on the list.

FiDi, LIC Home to the Largest Office Leases of Q1

NYC Health + Hospitals landed the biggest office lease of Q1 in January, when it signed on to take over 527,000 square feet at 100 Pearl Street in Manhattan’s Financial District. The company signed a 25-year lease with landlords GFP Real Estate and Northwind Group, and over the years, it will pay a total of $758 million in rent, Crain’s New York Business reports.

The second-largest office lease of the quarter was signed by JPMorgan Chase, which grabbed 436,905 square feet of space at 390 Madison Avenue in Midtown East. According to the Commercial Observer, the banking firm took over 16 full floors and two retail spaces within the 32-story tower, basically occupying half of the building on a 10-year lease. Other notable leases in Manhattan included Omnicom Group’s 288,000-square-foot lease at 195 Broadway, WeWork’s 177,000 lease at 18 West 18th Street, as well as one 112,000-square-foot Hudson Yards lease signed by Gay Men’s Health Crisis at 307 West 38th Street. 3 World Trade Center also welcomed two new major tenants, namely Hudson River Trading, which signed on for 135,000 square feet, and Diageo, which took over 87,000 square feet.

The Long Island City commercial market didn’t mourn the loss of Amazon for too long. Demand for modern, high-quality office space in LIC is growing, and the market is ‘a true live-work-play environment that is very inviting for technology-driven companies hiring a millennial workforce,’ Kenneth Salzman of Lee & Associates told Bisnow. Macy’s 300,000-square-foot lease at The Jacx, the largest new creative office development in NYC, is proof of the market’s growing appeal. The retail company signed the third-largest lease of Q1 in March, at Tishman Speyer’s 26-story project at 28-07 Jackson Avenue in Queens. The project is already a success, even if it’s not officially open yet, reaching full occupancy for the whole 1.2 million square feet of space in January. Other notable tenants that have signed on for space at The Jacx include WeWork, Bloomingdale’s and New York-Presbyterian.

Check out the full list of the quarter’s biggest New York City office leases below:

If your business or organization wants a convenient location in Manhattan, and is looking to lease space in an iconic building with a high level of amenities, reach out to us and we will show you worthwhile space situated right in the heart of New York City. To learn about available office space, call Metro Manhattan Office Space at (212) 444-2241.