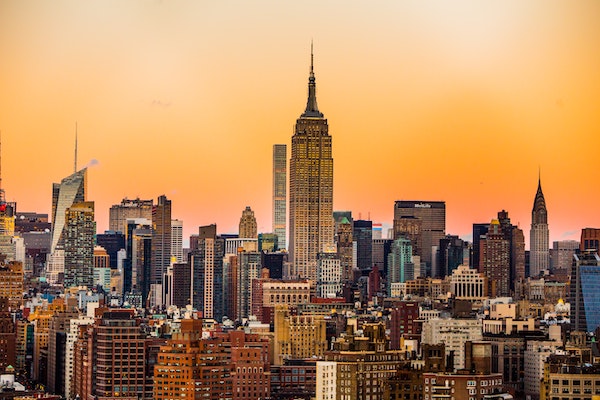 The past year has been challenging for commercial real estate landlords across the globe. However, in uber-dense business districts such as Manhattan, the situation is even direr. The ultra-luxurious, ultra-pricey borough has taken a big hit during this pandemic, from all perspectives. Tourists have stayed put, office employees switched to remote work, while numerous restaurants and retailers have had to close shop for good.

As remote work becomes the norm, some people are moving out of busy Manhattan. Companies like Twitter, Facebook, Spotify, and Microsoft offer their employees the option of working 100% remotely and downsizing their office footprint in the city. The result of all these things is a massive drop in commercial rents across Manhattan. This is not good news for landlords or the city, as real estate taxes make up roughly half of tax collection. However, it’s great news for tenants, and particularly for small businesses.

Before the pandemic hit New York City, Manhattan was one of the world’s priciest and most desirable business destinations. Office asking rents often climbed above $100 per square foot, while retail rents were unaffordable to most tenants. As a result, many potential office and retail tenants were priced out of the borough, left to fight over any Class B or C space that became available. Manhattan became an exclusive business district that housed capital-heavy corporations and international brands that could afford and sign long-term leases for quality space. Many of the borough’s office towers housed one or just a couple of tenants, usually large international corporations taking over multiple floors to accommodate a growing staff base.

Fast forward to 2021, and many of Manhattan’s office buildings and retail storefronts lie vacant, while landlords are making concessions that they would never have been open to in 2019. Office and retail rents in the borough have dropped significantly, and tenants can now negotiate shorter leases and even free rent. A recent Wall Street Journal article presented the case of a retail tenant that successfully negotiated a five-year lease with four months of free rent and a monthly rate of $5,500 – roughly half what the previous tenant had paid for the same space.

This massive drop in rents and the transformation of NYC into a tenant’s market is nothing but good news for tenants who couldn’t even access this market before the pandemic. According to WSJ, the decline in rents brings opportunities for small businesses and entrepreneurs and can change the very essence and character of the borough.

A haven for small businesses in 2021

Thousands of businesses have closed their doors permanently in New York City over the past year, while others relocated to less expensive neighborhoods, boroughs, or even other cities. This has left many landlords desperate to find tenants to fill the vacant spaces left behind, and they’ve had to lower their expectations when it comes to rents significantly.

The lower rents have made it possible for small businesses and startups to move into the city and snag spaces that were absolutely out of reach pre-pandemic. The result is that New York State recorded its highest yearly number of new businesses launched since 2007, according to data cited by the WSJ. Boutique restaurants and shops are moving into vacant storefronts, bringing a fresh, unique vibe to a city that “has gotten richer and richer and less and less interesting, particularly in Manhattan,” as Fred Wilson of Union Square Ventures put it.

One reason these areas are buzzing is that they’re ‘Amazon-proof,’ as the newspaper puts it. Most of the businesses setting up shop on these avenues are small nail salons, waxing salons, bike shops, pet supply stores, and last but not least, coffee shops and restaurants. Landlords in these parts of the city also adapt to the times, offering significant discounts on rents to keep their spaces occupied, as low as $140 per square foot. By comparison, landlords on the more-upscale Third Avenue are still asking $200 per square foot or more, and that’s why, according to the WSJ, Third Avenue is still empty.

Will the window of opportunity be closing soon?

Businesses looking to capitalize on the opportunities that the Manhattan commercial real estate market now has to offer must move fast. Experts warn that the current situation won’t last forever, and the window of opportunity might be closing soon. Vaccination efforts are at full speed, and the city is gradually reopening; companies are even starting to call workers back to the office. This means that landlords won’t be as open to concessions for much longer, which is why many of them are willing to sign short-term leases for office and retail space. Other landlords are keeping their properties off the market until the pandemic subsides to avoid renting out space at a low price.

Nevertheless, even if everything goes back to normal in New York City, landlords are likely to be much more flexible than before. Remote work is here to stay, many businesses are moving to the digital world, and physical locations no longer carry the same importance as they did before. There will continue to be opportunities for entrepreneurs and small businesses to move into Manhattan and give it a much-needed boost.