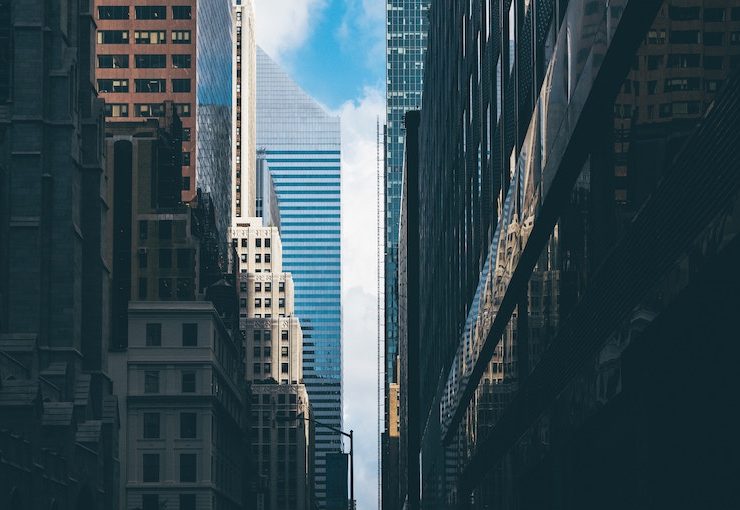 The project at 300 Lafayette Street is being developed by Related Cos. and Larga Vista Companies, which recently closed the sale of the building to Nightingale Properties and Wafra Capital Partners for $125 million. The Nightingale-Wafra partnership is also in contract to buy the Coca-Cola Building at 711 Fifth Avenue for $907 million.

300 Lafayette Street is on a long-term ground lease on a piece of land owned by Larga Vista that used to house a BP gas station on Houston Street between Lafayette and Crosby Streets. The project is one of very few new office developments in SoHo, which has some very restrictive zoning laws and is heavily landmarked, according to the Commercial Observer.

Designed by Cookfox Architects and inspired by the architecture of the surrounding Cast Iron Historic District, the seven-story office building boasts floor-to-ceiling windows, terraces and greenspace on almost every floor, and is enclosed by distinctive railings. The building benefits from a convenient location in a prominent intersection on Houston Street, which in recent years has become a major crosstown traffic artery of Midtown South.

Following the recently signed lease, Microsoft is set to occupy the majority of the office portion at 300 Lafayette and is expected to move in sometime next year. The lease deal did not include retail space, although the tech giant was reportedly planning to open a flagship store on site as well. Currently, Microsoft leases 205,000 square feet at 11 Times Square, operates a research office at 641 Avenue of the Americas, and also has a retail store at 677 Fifth Avenue, according to the Commercial Observer.

The 300 Lafayette Street project was marketed by Newmark Knight Frank’s Dustin Stolly, together with JLL’s Clark Finney, who also represented the property buyers in the Microsoft lease deal. Microsoft was represented by Lisa Kiell of JLL.

A Microsoft spokeswoman told Crain’s New York Business that Microsoft intends to use the new SoHo office space to “bring research, engineers and developers closer together in the Midtown South market. This is part of ongoing efforts at the company to provide modern, team-based workplaces for employees, to foster the type of creativity and collaboration that will lead to ongoing innovation that will benefit our customers.”