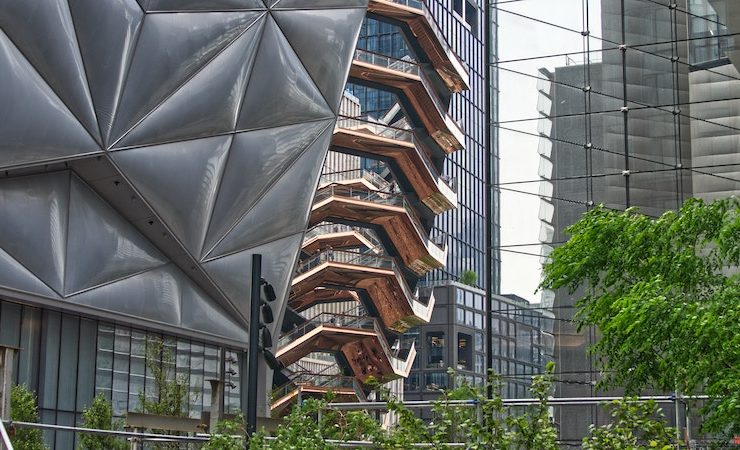 Cravath, Swaine & Moore LLP, one of the most prestigious law firms in New York City, will be anchoring Two Manhattan West, a 58-story office building scheduled for completion in 2022 in Hudson Yards. The firm will move into the building in 2024 and occupy 13 floors and 481,000 square feet of Midtown Manhattan office space. Cravath will be leaving behind its Wall Street home of 30 years, within One Worldwide Plaza, and move into a smaller office, reducing attorney space and once-necessary law library space.

According to Law.com, Cravath’s office footprint at Worldwide Plaza is roughly 617,135 square feet, and the firm pays around $54 million in annual base rent. The company does, however, sublet part of that space to other businesses, including McCarter & English, and occupies just 540,000 square feet for its own offices. Cravath has operated out of the office building at 825 Eighth Avenue since 1989.

The move by Cravath is yet another confirmation that the business core of NYC is shifting to Hudson Yards, as more and more companies are relocating their offices to state-of-the-art towers in the area. And Cravath will be in good company at Two Manhattan West, with its future neighbors including Skadden, Arps, Slate, Meagher & Flom, and McKool Smith, which will both be moving to the neighboring office tower at One Manhattan West.

Two Manhattan West is currently being developed by Brookfield Properties at 31st Street and Ninth Avenue,  and will offer a total of $1.9 million square feet of modern Midtown Manhattan office space when completed roughly five years from now. Brookfield is tapping into the success of One Manhattan West, which is set to open this fall and house various high-profile tenants, including Skadden, Accenture, the National Hockey League, and Ernst & Young. Fried Frank is also reportedly in talks to lease office space within the SOM-designed building.

Both One and Two Manhattan West are part of a bigger mixed-use project spearheaded by Brookfield and the Qatar Investment Authority. The Manhattan West development will ultimately feature 6 million square feet of Class A office space, 844 luxury residences, a boutique hotel, and a public park.

According to Law.com, Cravath was represented by CBRE’s Lewis Miller, Andrew Sussman, Cara Chayet and Munish Viralam, while Brookfield was represented by Cushman & Wakefield’s Bruce Mosler and Josh Kuriloff, and an in-house team consisting of P.J. Massey and Duncan McCuaig.