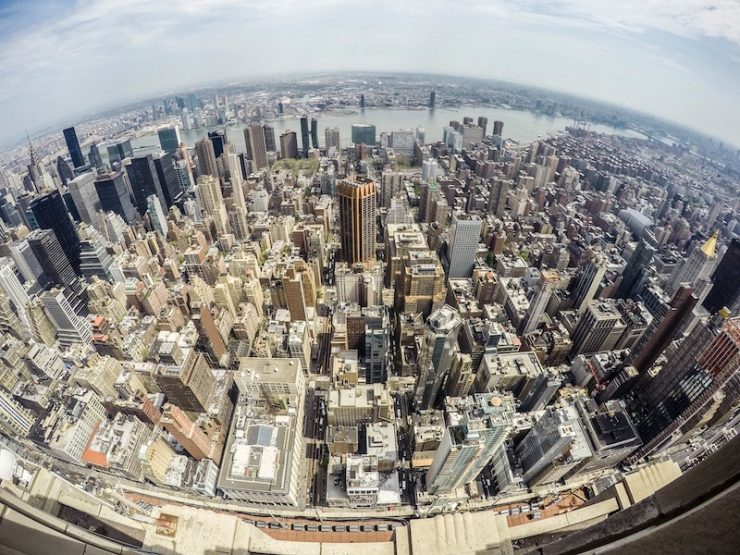 The Midtown Manhattan office scene continues to attract high-profile tenants, even with average asking rents reaching a post-recession peak of $87 per square foot, according to CBRE‘s Q1 2019 data. While the steep prices are driving some companies out of the market and into the more-affordable Downtown Manhattan, many businesses are still willing to bet on Midtown and its prestige.

The latest tenants to join the Midtown roster are Quontic Bank, which will move its corporate headquarters from Queens to Rockefeller Center, and Century Consulting Services, which is making the move to SL Green’s 810 Seventh Avenue. Both companies have decided to sublease office space in Midtown Manhattan.

Quontic Bank has signed a six-year sublease for the entire 19,799-square-foot ninth floor at Tishman Speyer’s 1 Rockefeller Plaza, according to Globe Street. The sublandlord is raw materials merchandising and trading company Trammo, and the asking rent for the space was $68 per square foot. JLL’s Alexander Chudnoff, Benjamin Bass and Harrison Potter represented the bank, while Greg Taubin, Scott Bogetti and Sean Hoffman of Savills represented Trammo.

The New York City-based bank will move into its new offices in July, from its current headquarters at 31-05 Broadway in Astoria, Queens. The plan is to ensure that the company has room for expansion in the process of its conversion to a digital bank, Chudnoff told Globe Street. The 36-story, 608,397-square-foot office tower at 1 Rockefeller Plaza was completed back in 1937 and will serve as Quontic’s new Midtown home. Tishman Speyer has owned the property, previously known as the Time-Life Building, since 2001.

The other company to join the Midtown Manhattan office roster is Century Consulting Services, a privately held, local financial services firm. The Commercial Observer reports that the firm tripled its Manhattan office footprint by signing a 11,278-square-foot sublease at 810 Seventh Avenue, at an asking rent of $45 per square foot. Century Consulting is subleasing the space from software company Murex North America, which is also subleasing its two full floors from law firm Sidley Austin.

Alex Cohen and Elana Streim with Compass represented Century Consulting, while Newmark Knight Frank’s Dennis Karr and John Lizzul represented Murex North America. Century has already moved into its new offices at the 41-story office tower owned by SL Green, on a lease that has a 30-month term and offers the possibility of an expansion.

Cohen told the Commercial Observer that the remaining space on the floor is vacant, and that Century needed to move quickly because they had outgrown their previous office space. Century Consulting Principal Jeff Horowitz also told the newspaper that the company had grown from 18 to 71 employees in just a few months, and that the company was ‘overflowing into WeWork spaces to contain them.’