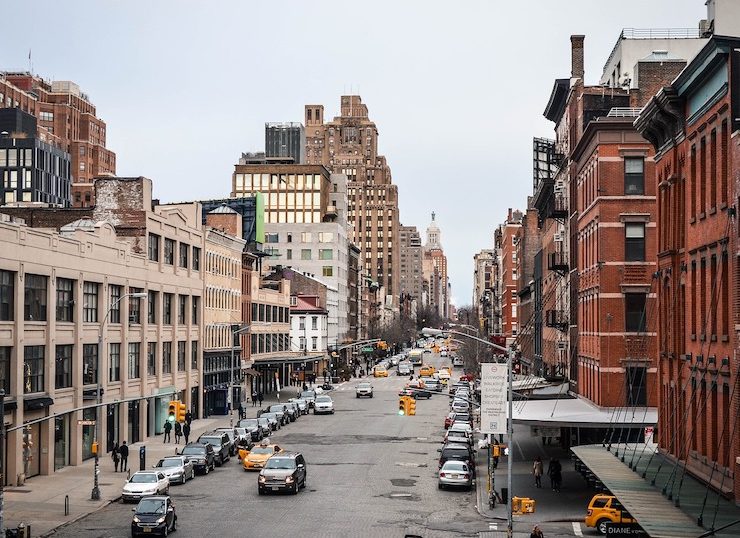 New York City is a major art hub, and one of the most sought-after destinations in the world for artists and designers. All the big fashion houses, architecture firms, and design companies operate outposts in the Big Apple, following that old saying, ‘if I can make it there, I’ll make it anywhere.’ Boasting a thriving art scene and being a never ending source of inspiration for aspiring architects, the city is home to a large concentration of architecture firms, interior design firms, fashion houses and art galleries.

Architecture and design companies aren’t your regular office tenant, which makes it a bit more challenging for such businesses to find suitable New York City office space. Such design-focused companies require plenty of space that is flexible, open, and filled with natural light. Access to abundant natural light is probably the most important aspect that such companies consider in their search for office space, and not many NYC neighborhoods provide that. Smaller businesses just starting out won’t have a very big budget that could set them up on the upper floors of a Class A Midtown Manhattan skyscraper. That wouldn’t mesh with their creative, artistic vibe, either, as neighborhoods like the Plaza District or Hudson Yards cater more to large corporations in industries like finance and law.

So, which are the NYC neighborhoods most suitable for businesses in creative niches like interior design or architecture? We’ve compiled a list of 5 of our favorite submarkets for creatives, which offer flexible, diverse office spaces at different price points.

Soho has always been a Mecca for New York City artists and creatives. Its cobblestone streets, lined with shops, diners, restaurants and galleries serve as inspiration for New Yorkers who work in creative industries. Consequently, many creative startups and professionals flock to this neighborhood, looking for creative and flexible Soho office space. The Midtown South neighborhood is home to numerous former warehouses and industrial spaces that have been converted to open-plan office space, and creative tenants are highly drawn to these industrial-chic types of properties. Architecture and design firms benefit greatly from the large windows found in such low-rise structures, which allow plenty of natural light inside the offices. They also enjoy touches like exposed brick and high ceilings, as well as the easy access to a plethora of boutique shopping and dining offerings.

Examples of buildings offering office space for lease in Soho:

Tribeca, or the Triangle Below Canal Street, is another cultural and artistic hotspot in New York City, for tourists and locals alike. Once primarily a residential area, the neighborhood evolved into a storage and merchandise center, due to its strategic position close to the Hudson River, which made it easier for ships to reach the shore and unload goods. Over the years, Tribeca followed the Soho model, with many of its former industrial lofts ending up housing local artists, who lived and worked in the same space. It didn’t take long for it to become one of the most fashionable and trendy NYC neighborhoods, housing cultural events like the Tribeca Film Festival every year. Nowadays, its streets are lined with bars, shops, restaurants and art galleries, and its former storage facilities are now boutique, airy loft spaces suitable for creative office tenants.

Examples of buildings offering office space for lease in Tribeca:

32 Avenue of the Americas

Midtown South is not the only area of Manhattan that caters to creative professionals and their unique needs. Midtown East, located in Midtown Manhattan proper, is home to iconic landmarks like the Chrysler Building and the Empire State Building, and provides easy access to public transportation via Grand Central Terminal, which is a big plus for any business. The neighborhood is, and has always been, a preferred location for advertising companies, which set up shop along Madison Avenue. However, the atmosphere is more relaxed than areas like the Plaza District, as Midtown East is also a thriving residential neighborhood. You’ll find plenty of shopping, dining and leisure spots in this area, all within a stone’s throw from major NYC landmarks. Office space is not exactly cheap to rent here, but the location is unbeatable, and the inventory offers something for everyone, whether it’s startups and mid-sized firms or larger corporations.

Initially a residential-slash-manufacturing neighborhood of Midtown South, the Meatpacking District, as the name suggests, is best known for its history as a meatpacking center. In the early 1900s, this neighborhood was home to 250 packing plants and slaughterhouses, and in the following years, it became more focused on meatpacking activities. However, the decline of the meatpacking industry led to a resurgence of this neighborhood as a Mecca for fashion designers, nightclubs, and other leisure and entertainment venues. In the 1990s, it was considered one of the most fashionable, if not the most fashionable, district in New York City. The neighborhood maintains its charm to this day, and there are numerous high-end retail, dining, and residential projects in the works. The former packing plants and industrial warehouses have been converted to boutique, creative office and loft space, which is highly sought-after by artists and businesses in creative industries, including fashion, media, and design.

Examples of buildings offering office space for lease in the Meatpacking District:

The Flatiron District, much like Chelsea, has become one of the trendiest office neighborhoods in Manhattan, and for good reason. The vibe of this neighborhood is much more relaxed than in other, more established corporate neighborhoods in Midtown, and those working in this area have easy access to a plethora of boutique restaurants, cafes, and diners. Flatiron was also the birthplace of the city’s tech sector, once dubbed ‘Silicon Alley.’ Due to this technology boom, many startups and IT companies choose to rent office space here, and the inventory offers both previously industrial lofts and modern office space, catering to different needs. Those working in the district also have access to green spaces, being in close proximity to both Union Square Park and Madison Square Park, which is a popular lunch and hangout spot. The influx of startups and young, well-educated talent does mean that office rents are on the rise. Still, they’re much more affordable than the average commanded in other Midtown neighborhoods.

Examples of buildings offering office space for lease in Flatiron: