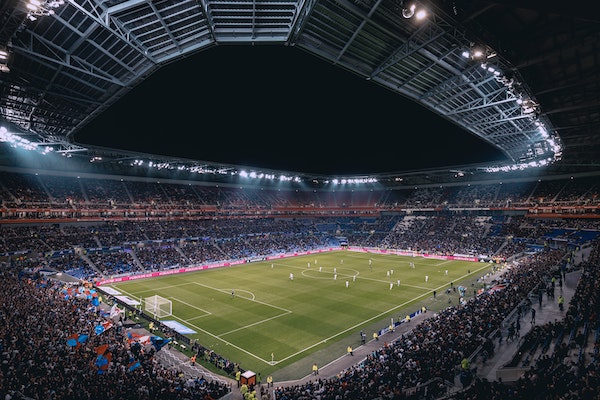 Professional sports are a billion-dollar business in the U.S., and American cities are inextricably tied to their home teams. Think of the Chicago Bulls, the L.A. Lakers, or the New England Patriots; these teams and their related events tend to bring people in a community together, rallying for a common goal and instilling a feeling of solidarity and loyalty in all participants.

But sports stadiums also have a significant impact on the local economy and the local real estate market. Stadiums and their events, along with adjacent commercial and residential developments, create job opportunities, entertainment options, housing options and are very lucrative for the cities that house them.

New York City is no stranger to the way sports can bring people in a city together. The city is riddled with iconic venues, including Madison Square Garden, Yankee Stadium, Barclays Center, and Citi Field, among others, and hosts some of the biggest sporting events in the world. If you’re a sports fan, there is no better place for you than Queens; the borough is home to various major professional sports venues, including the New York Mets’ Citi Field and the Billie Jean King National Tennis Center. Now, Queens is gearing up to welcome a new sports stadium to the delight of soccer fans.

York College of the City University of New York is teaming up with architecture firm Populous to develop a 7,500-seat stadium in Jamaica on the school campus. The project will mark NYC’s first professional soccer-specific stadium. It will house the men’s soccer team Queensboro F.C. The Football Club, which currently plays at Yankee Stadium, has reportedly tried multiple times through the years to bring a soccer-specific stadium to Queens. Now, their wish will finally come true, with the help of Populous, which previously worked on projects such as Wembley Stadium in London and Audi Field in Washington, D.C. The USL Queensboro F.C. team is set to play its first season at the new venue in 2022, according to Bisnow.

According to a news release by the USL, the new stadium ‘will adhere to the highest standards and best practices of a post-Covid era, with frictionless commerce along with other health, safety, and sanitation protocols.’ The turf playing surface will allow the stadium to be ‘a year-round asset’ for local entertainment and sporting events.

How do sports stadiums impact the local economy?

Sporting events are extremely popular with fans across the U.S., and in New York City, the stadiums are now embedded in the city’s history and architecture. These massive developments are not only popular among sports fans, but they also attract tourists and visitors from around the world. But how do these projects really impact a community and a city’s economy?

Firstly, sports venues create jobs, from temporary construction jobs to long-term employment within the stadium or its adjacent properties. Usually, a project like the Queensboro F.C. stadium evolves into something much more complex and doesn’t include only a stadium. These projects typically include retail space, outdoor/green areas, hotel space to accommodate out-of-town sports fans, entertainment venues such as bowling alleys, restaurants, pubs, cafes, and even housing developments.

A new sports stadium tends to breathe new life into and revitalize a neighborhood, attracting investment across all real estate types. Fans who love a particular sport will gladly live close to a major stadium to have easy access to their favorite events and teams. Demand for housing leads to new developments, attracting commercial investors to create office, retail, and entertainment space for new residents. These additional developments around the stadium will create even more jobs and raise the neighborhood’s appeal as a whole.

Are there downsides to building sports stadiums?

Sports venues are a lucrative business for investors, developers, sports fans, and last but not least, for their home cities. Research cited by Inman shows that sales of homes near sports stadiums outpaced the metropolitan markets 80% of the time. What’s more, sales in the immediate areas around a stadium can be 70% that of the metro area. Population growth around new sports venues leads to increased demand for both residential and commercial real estate, which is all good news, right? Not according to some experts.

Sports venues are often praised for creating local jobs. However, most of these jobs cease to exist once the stadium is complete. What remains are jobs inside the stadium and adjacent developments, which are often low-paying and seasonal. Another thing to consider is that residents in the area surrounding the new stadium will choose it due to proximity, leaving behind the venues and retailers they used to go to before. As Michael Leeds, an economics professor at Temple University, tells The Atlantic, “It’s reshuffling deck chairs instead of developing anything new. Cities give tax breaks or subsidies to businesses that locate in a particular area, and it might help that specific area. But it’s simply robbing Peter to pay Paul.“

Another point made in The Atlantic’s 2018 piece is that new sports stadiums can cause traffic congestion and deter residents from going about their daily lives while “growing out” other events. The Berkeley Economic Review even poses the idea that “while there are some short-term benefits, the inescapable truth is that the economic impact of these projects on their communities is minimal, while they can be an obstacle to real development in local neighborhoods.”

A win-win situation in most cases

Suppose planned correctly and with a vision in mind that’s in tune with a community’s spirit and fabric. In that case, sports stadiums can boost the local economy, create jobs, attract investors, and result in a win-win situation for both residents and cities. As an already sports-oriented borough, Queens is likely to embrace NYC’s first soccer-specific stadium with open arms, and soccer fans in the city are already rallying in support of the project. However, not every community will benefit from such a project; consequently, the long-term advantages and disadvantages must be considered when planning a development of this magnitude.

See video about this topic: