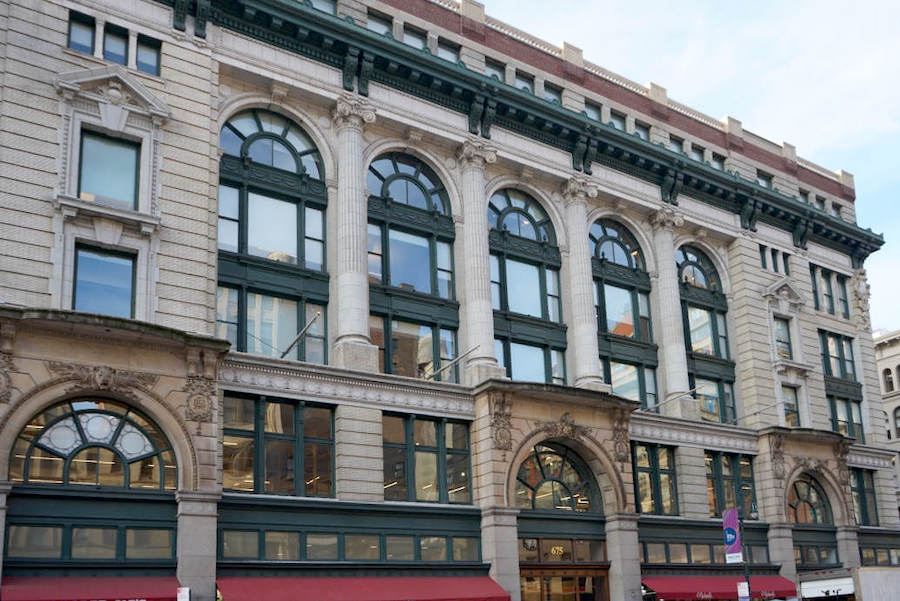 The former Adam Dry Goods Store at 675 Avenue of the Americas in Midtown South was initially completed in 1900, with a Beaux-Arts design by Delemos & Cordes. Part of the Ladies’ Mile Historic District in Chelsea, the property, also known as the Mattel Building or 675-691 Sixth Avenue, was built around the same time as the iconic Flatiron Building.

The NYC office building served as a storage facility for the army, then as a Hershey’s Chocolate factory, and later as the headquarters of Mattel Toys. A Barnes and Noble location once operated on the ground floor, which nowadays houses a Trader Joe’s grocery store.

The Mattel Building at 675 Avenue of the Americas offers a total of 311,000 square feet of Class A Chelsea office space. GFP Real Estate acquired the historic property in 2019 from Chelsea Green Associates, at a price tag of $89 million.

Getting to and from 675 Avenue of the Americas

The Mattel Building is convenient to many transportation options, including the F, M, N, R, 1, and 6 subway lines, as well as PATH service to New Jersey. Those working in the building have easy access to a plethora of retail, dining, and entertainment destinations in the area. Madison Square Park and the Flatiron Building are within walking distance, with nearby lunch options including Eataly, Slate NY, Burger & Lobster, and Whole Foods.

Who is renting office space at 675 Avenue of the Americas?

How much is the rent price for office space at 675 Avenue of the Americas?

Given its excellent location, its upgraded amenities, and its top-class tenant roster, the Mattel Building is a highly sought-after destination for office-using businesses. Office asking rents start around $70 per square foot but can go higher depending on the size and terms of the lease. Still, rental rates at 675 Avenue of the Americas are more affordable than the average rent found in Midtown South, which often surpasses $90 per square foot. 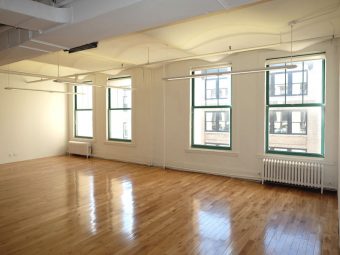