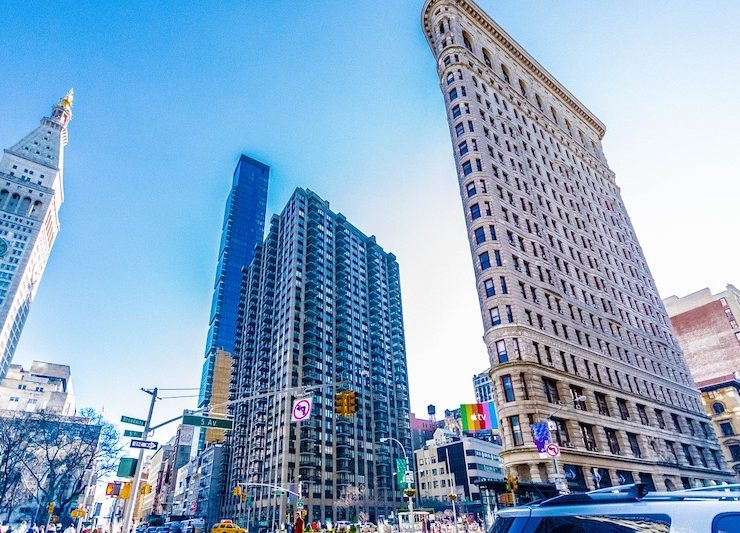 In recent years, many businesses have started to move away from the traditional office space found in prestigious New York City neighborhoods like the Plaza District or Madison Avenue. Instead, companies are looking for more creative, more flexible office space that allows them to customize their own workspace. Those working in creative industries like design, advertising, media, or technology are also looking to connect with the neighborhood that they operate in, and the placement and style of their office has to reflect the company image and vision.

Nowadays, large corporations are being drawn like a magnet to the sleek new office towers of Hudson Yards, but not everyone can afford the monthly rates commanded in this neighborhood, which often exceed $100 per square foot. Moreover, Hudson Yards doesn’t hold much appeal to tech startups or smaller companies in creative fields. These companies are much more drawn to trendy, more relaxed submarkets like Chelsea, SoHo, Flatiron, or the Meatpacking District. Flatiron and Chelsea in particular are highly appealing to small and midsize businesses, not only because they command more affordable rates, but because they offer that cool vibe that startups love. Let’s see why these two neighborhoods are so appealing.

Flatiron is the birthplace of NYC’s tech sector

The Flatiron District, named after the iconic Flatiron Building, is one of the trendiest office neighborhoods in Manhattan right now. This trend started in the early 1990s during the dot-com boom, when the submarket housed a high concentration of tech companies. It was consequently dubbed ‘Silicon Alley’ and regarded as the birthplace of the city’s tech sector. Over the years, startups began popping up all around Manhattan, but Flatiron remains to this day highly appealing to these types of companies.

One reason for this appeal is that the Flatiron District, a manufacturing powerhouse in the 1970s, offers quality NYC loft space, as well as office space suitable for healthcare professionals, retailers, or design and architecture firms. Starting around 2010, the demand for quality, flexible office space suited to creative companies was on the rise. Flatiron’s former industrial warehouses were converted to modern, open and flexible office spaces, catering to creative professionals in a variety of industries.

The district’s office inventory offers exactly the types of amenities and features that creative businesses look for nowadays, including high and/or exposed ceilings, concrete floors, oversized windows, and brick walls. The neighborhood also boasts a much more relaxed vibe than, say, the Plaza District or Park Avenue, and thus it attracts younger talent. It’s a great place to work, especially for young professionals, as the submarket offers a lively and vibrant atmosphere, as well as access to plenty of dining, shopping and leisure destinations. Madison Square Park is a popular lunch and hangout spot, as is Union Square, with nearby food options including Shake Shack and Eataly. There are plenty of restaurants, bars, and fitness studios all around the neighborhood, and the submarket is well served by the public transportation system.

In terms of office rents, former industrial neighborhoods like Flatiron, Chelsea or the Meatpacking District used to be much more affordable than other Midtown Manhattan markets. However, starting with the 2000s, as the technology sector started to gain even more momentum, and with the influx of big names like Google in these areas, office rents have also started to rise.

In Flatiron, office asking rents hover around the $70 per square foot mark, below the average commanded overall in Midtown South, which is roughly $84 per square foot. The iconic Flatiron Building has closed down its office portion for renovations, to bring it to modern standards, but there are plenty of other buildings in the area that offer modern and creative office space.

Conveniently located just a stone’s throw from the new Hudson Yards development, which is attracting businesses like a magnet, Chelsea is the second-largest office submarket by inventory in Midtown South. Historically, the neighborhood was always a haven for those looking for an affordable live/work/play location. However, over the years, with the completion of the High Line and the influx of creative companies and tech giants like Google onto the scene, Chelsea has become one of the most sought-after office markets in NYC.

Developers have been hard at work in this area in recent years, and the market now houses both modern office buildings and sleek residential towers, as well as older, boutique offices that were once used as warehouses or industrial spaces. Consequently, the market is nowadays highly appealing to startups and small creative businesses, as well as to tech giants and large corporations who are looking to attract young, hip talent. The location close to the state-of-the-art Hudson Yards and the trendy Meatpacking District makes Chelsea a highly desirable place to live, work, and play. Served by the High Line and various public transportation lines, the neighborhood is easily accessible from all parts of Manhattan, which boosts its appeal even more.

A lot of big-ticket companies have taken notice of Chelsea’s office potential in recent years, including Verizon at 601 West 26th Street and Huffington Post at 675-691 Sixth Avenue. Google has also taken a liking to Chelsea, owning both the 1.1 million-square-foot Chelsea Market, for which it paid a record $2.4 billion in 2018, as well as 111 Eighth Avenue, located right across the street. The tech giant’s investment in Chelsea has given a boost to other investors to bet on the market’s office potential. The 780,000-square-foot Class B building at 620 Avenue of the Americas was renovated and converted to office space in 2013, the 228,000-square-foot Metropolitan Pavilion at 113-133 West 18th Street has attracted tenants like Samsung, while 28-40 West 23rd Street houses Estee Lauder, Converse and Knotel. Other buildings in the area that offer quality office space suitable to creative tenants include 275 Seventh Avenue and 352 Seventh Avenue.

Office rents in Chelsea are slowly rising, due to the influx of big companies and the proximity to Hudson Yards. Average rents in the neighborhood rest somewhere below $80 per square foot, but the offering is quite diverse; quality office space can be found for all budgets and company sizes. You can rent offices as small as 400 square feet, for roughly $1,500 per month, or large loft spaces of 10,000 square feet at $45,000 per month.

Learn more about what makes these two neighborhoods appealing in the video below, where Metro Manhattan Principal Broker Alan Rosinsky gives an overview: