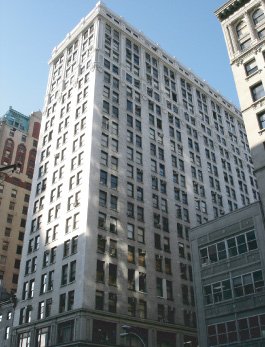 The 20-story building at 230 Fifth Avenue in the Flatiron District was designed by Schwartz & Gross in 1914, in a Beaux Arts architectural style. The building replaced the Victoria Hotel on site, and was acquired by GFP Real Estate in 1958. Under GFP’s leadership and management, the building was converted into an office and showroom building, and is now known as the New York MarketCenter.

The building at the corner of East 27th Street and Fifth Avenue is best known for its rooftop bar with dramatic views of the nearby Empire State Building and of the Midtown Manhattan skyline.

465 KSF of Class B Office and Showroom Space

The tower at 230 Fifth Avenue offers 465,000 square feet of Class B office and showroom space, with the average floor plate measuring 21,000 square feet. The office portion of the Midtown South building is reserved for the showroom tenants in the giftware and home fashion trades. Amenities include 24/7 key card access, tenant-controlled HVAC, operable windows, on-site management, and access to the 230 Fifth Rooftop Garden & Penthouse Lounge. The tower is served by seven passenger elevators and two freight elevators.

Getting to and from 230 Fifth Avenue

The New York MarketCenter is conveniently located just north of Madison Square Park, offering easy access to all the offerings of Midtown South. The building lies in close proximity to several major subway lines, including the N, R, and 6 trains accessible at the 23rd or 28th Street stops, while PATH service and the F train are available at 23rd Street and Sixth Avenue or 33rd Street and Sixth Avenue.

Who is renting office space at 230 Fifth Avenue?

How much is the rent price for office space at 230 Fifth Avenue?

Office asking rents at 230 Fifth Avenue tend to be on par with the Midtown South average, which reached a record-high of $84 per square foot in 2019, per CBRE. Large-block office availabilities are scarce, yet demand for quality office space is high, from companies of all sizes. Many redevelopments and new-build projects are in the works for this submarket, which might serve to keep office rents at sustainable levels. 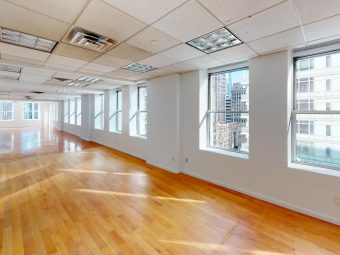 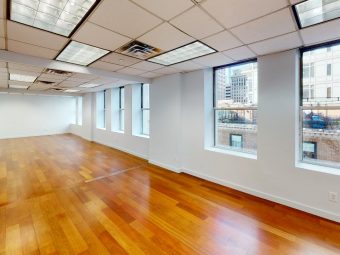 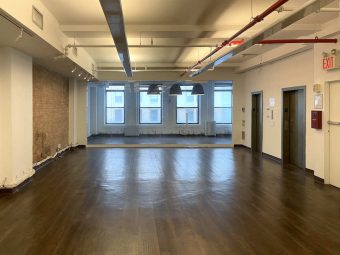