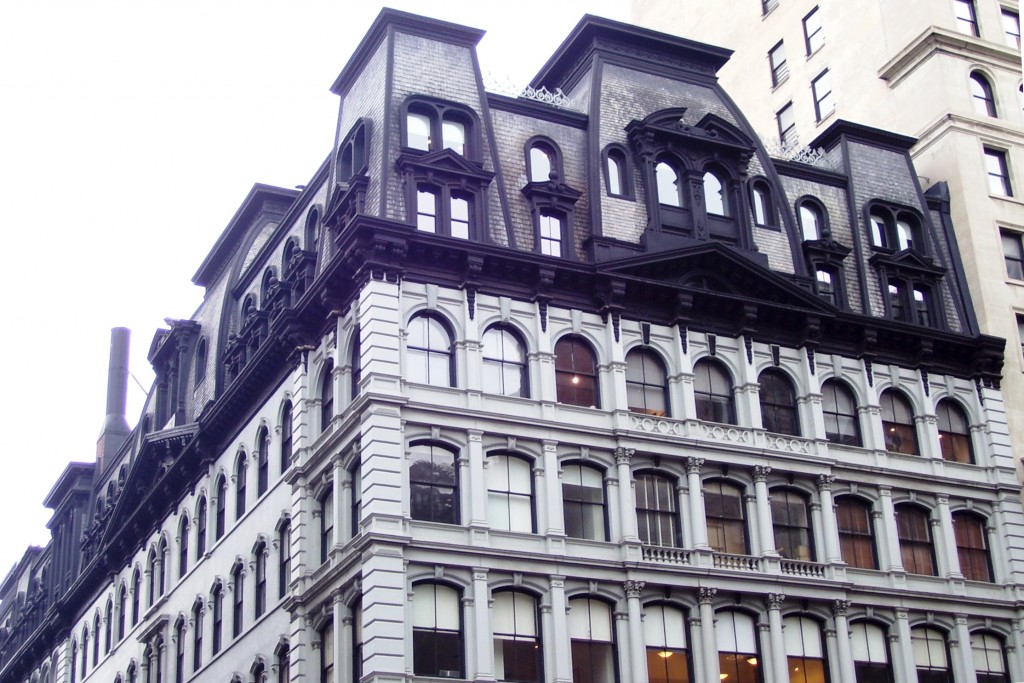 The architecturally stunning office and retail building at 881 Broadway in Midtown South is one of the most recognizable landmarks in Manhattan, part of the historic Ladies’ Mile Shopping District. It was originally designed by Griffith Thomas as the Arnold Constable Dry Goods Store in 1868-1869, and extended in 1873 and 1877 to house wholesale operations. Today, the building, which was once dubbed ‘the Palace of Trade,’ extends from 881-887 Broadway at East 19th Street, all the way to 115 Fifth Avenue, taking up the entire block. The 13-story extension at 109-115 Fifth Avenue was designed by William Schickel.

The massive mixed-use building extending from 881 Broadway to 115 Fifth Avenue offers roughly 580,000 square feet of Class B Flatiron District office space. The 7-story original building and the 13-story addition are owned and managed by the Winter Organization, and were renovated in the late 1990s to early 2000s.

The average floor size is 40,000 square feet, served by four passenger elevators and one freight elevator. Amenities include 24/7 security and access, as well as alternate entrances for different floors. The seven-story building at 881 Broadway also features an architecturally stunning, two-story mansard roof.

Getting to and from 115 Fifth Avenue

The building is convenient to the subway lines at Madison Square Park and Union Square, including the N, Q, R, L, 4, 5 and 6 trains. Those working within the building have easy access to a plethora of shopping, dining and leisure destinations in the trendy Flatiron District of Midtown South.

Who is renting office space at 115 Fifth Avenue?

The landmark building taking up a full block between 881 Broadway and 115 Fifth Avenue is home to several high-profile office and retail tenants, including H&M, Polo Ralph Lauren, Victoria’s Secret, Madewell, and Douglas Elliman.

The 13-story addition on Fifth Avenue used to serve as warehouse space for Arnold Constable & Company, and was converted to office space in 1984. It was consequently transformed into creative, flexible, loft-style office space, ideal for creative office tenants or startups.

How much is the rent price for office space at 115 Fifth Avenue?

Office asking rents at 115 Fifth Avenue tend to be slightly below the average found in Midtown South, which hovers around $84 per square foot. Being a Class B property, the building offers competitive office rents compared to Class A assets, while still offering a great location and modern features and amenities.