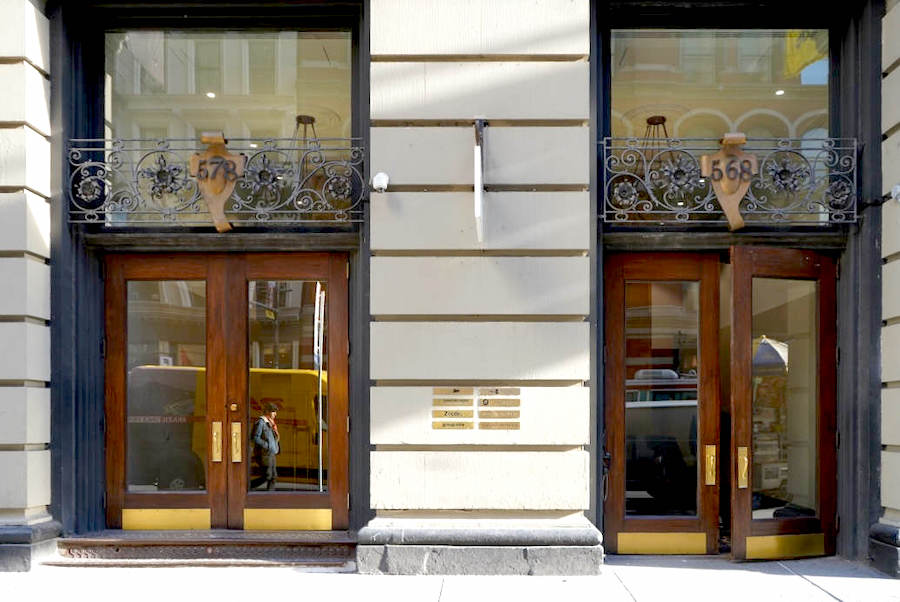 The office building at 568-578 Broadway, also known as the Prince Building, was designed by George B. Post and completed in 1897. It was originally used as a manufacturing facility and was known as the Havemeyer Building, before being converted to loft-style office and retail space. The asset is conveniently located in a busy area south of Houston in the SoHo district of Midtown South. This stretch of Broadway is home to a plethora of shopping, dining and entertainment destinations, and various small- to mid-sized companies operate here.

The Prince Building at 568-578 Broadway features 354,603 square feet of Class B SoHo office space across 12 stories. It is owned and managed by Allied Partners, and also includes more than 75,000 square feet of retail space.

Amenities at the Prince Building include a renovated and attended lobby, on-site management, 24/7 security, new passenger and freight elevators, a fitness center, and an atrium. Floor sizes average 28,000 square feet, and offices feature 12-foot-high ceilings letting in abundant natural light. Both full-floor and partial-floor offices are available at the building, each floor boasting exposure on two sides.

Getting to and from the Prince Building

The Prince Building benefits from an excellent location in the heart of SoHo, close to all the retail, dining and entertainment destinations of Midtown South. The building is convenient to the B, D, F, M, and 6 trains at the Broadway-Lafayette station, connecting workers at 568-578 Broadway to other parts of the city.

Who is renting office space at the Prince Building?

The Prince Building has housed various creative office and retail tenants throughout the years, and continues to be a popular and coveted choice for creatives. Current office-using tenants on the building’s roster include Group Nine Media, Paratus Group, SkinCare Lab, Third Man Management Corporation, and Apostle. Retail tenants currently include Moncler, Forever 21 and an Equinox gym. The retail portion of the building used to house Armani Exchange, and then Artists & Fleas, which has recently relocated to a new home on Broome Street.

How much is the rent price for office space at the Prince Building?

Office asking rents at the Prince Building are roughly on par with the Midtown South average, which surpassed the $80 per square foot mark in 2019. Loft-style office spaces in submarkets like SoHo, Chelsea or the Garment District are in high demand from creative companies and tech startups, and the asset at 568-578 Broadway offers quality loft space close to public transportation, as well as retail and dining.