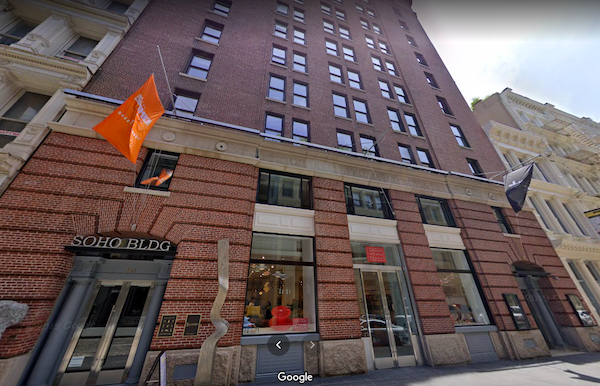 The Soho Building features 295,000 square feet of Class A Soho/Noho office space across 13 floors. It is currently owned by SL Green, which bought it for $255 million back in 2015. The building also incorporates roughly 15,000 square feet of retail space and boasts exposure on Greene and Mercer Streets. Amenities include abundant natural light, exquisite views of Midtown Manhattan from the upper floors, polished concrete floors, exposed ceilings, exposed brick, open-plan layouts, a cafe, a rooftop deck, and a shared tenant conference room. The Soho Building also boasts LEED Gold and ENERGY STAR certifications for its energy-efficient features.

Getting to and from 110 Greene Street

The Soho Building is conveniently located in the Soho/Noho neighborhood of Midtown South, right between Prince and Spring Streets. Those working in the building have easy access to a plethora of shopping and dining destinations. Additionally, the building offers easy access to 11 subway lines via the nearby Prince Street, Spring Street, and Broadway-Lafayette Street stations.

Who is renting office space at 110 Greene Street?

How much is the rent price for office space at 110 Greene Street?

Office asking rents at The Soho Building hover around $80 per square foot, which is on par with the average rent in Midtown South. The building is an ideal fit for small and midsize businesses in creative industries like media, advertising, fashion, design, and architecture.