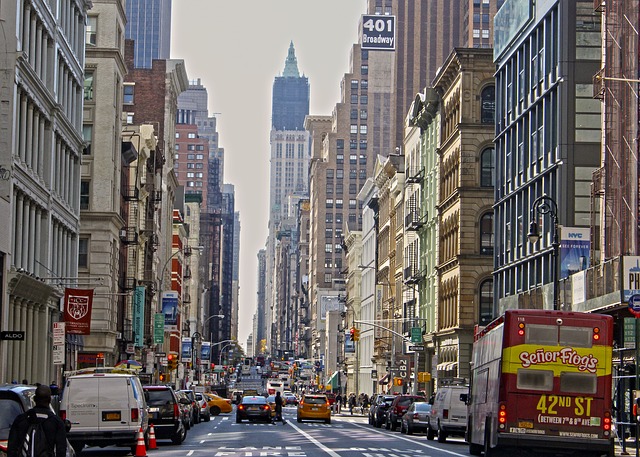 Traffic in New York City tends to fluctuate throughout the year. There are certain times of the day and also certain times of the year when traffic is either more or less intense, for instance during public holidays, significant events or rush hours. Keeping these fluctuations in mind, we still notice a significant difference in the number of traffic complaints filed so far this year, compared to previous periods.

During the first three months of 2019, New Yorkers filed a total of 817 traffic complaints with 311 services. The bulk of these complaints were related to congestion/gridlock issues or truck route violations. Fast forward to the final three months of 2019, and the number of traffic complaints reaches 1006, again, mostly related to congestion and truck route problems. Traffic late in the year intensifies, as people drive around to finish their Christmas shopping. Travel times are prolonged during these months, as roads are often obstructed by heavy snow, and tourists flock into the city for the holidays.

In the Bronx, one of the boroughs with the most extended commute times, the number of traffic complaints was also much lower compared to this time last year. The total number of complaints filed with 311 services went from 149 in Q1 2019 to just 38 in Q1 2020 – a 74% drop.

Interestingly enough, traffic seems to have become more of an issue on Staten Island since this year began. The borough recorded 43 traffic complaints with the 311 service during the first three months of 2020, 14 more than it recorded during the same time last year. That makes Staten Island the only borough in NYC to have more traffic-related complaints in Q1 2020 compared to Q1 2019.

Let’s take a closer look at the traffic-related complaints filed at the borough level during the three timeframes we selected.

We notice the same pattern happening across the Brooklyn Bridge, with the number of traffic complaints rising during Q4 2019 and then decreasing considerably during Q1 2020. The total number of 311 traffic complaints went from 301 in the first three months of 2019, to 387 during the final three months of the year, and then to 210 during Q1 2020. It’s also interesting to note that truck route violation complaints are more numerous than those related to congestion and gridlock issues in this borough.

In Queens, the number of traffic complaints filed with 311 reached 146 during January-March 2019. Then, during the final months of last year, there was a slight spike in traffic-related issues in the borough, with the number of complaints filed going up to 179. In the first three months of 2020, problems related to traffic were less frequent, with New Yorkers filing 107 claims with the 311 service.

The Bronx is one of the most congested boroughs in New York City, with longer-than-average commute times. However, the Covid-19 pandemic has dramatically reduced traffic-related issues for those living and working in the borough. The number of complaints filed with 311 dropped 74% from Q1 2019 to Q1 2020, going from 149 to just 38 complaints total. The bulk of these complaints were related to congestion and gridlock issues.

Staten Island is the only borough that saw more traffic complaints recorded during Q1 2020 than it did in Q1 2019. The number of complaints filed with 311 services in the borough went from 29 in the first quarter of 2019, to 53 during the final months of the year, and then to 43 during January-March 2020. The difference is slight, but it’s still interesting to see that the current crisis has not closed down the city entirely and that people keep moving – and experiencing traffic issues.