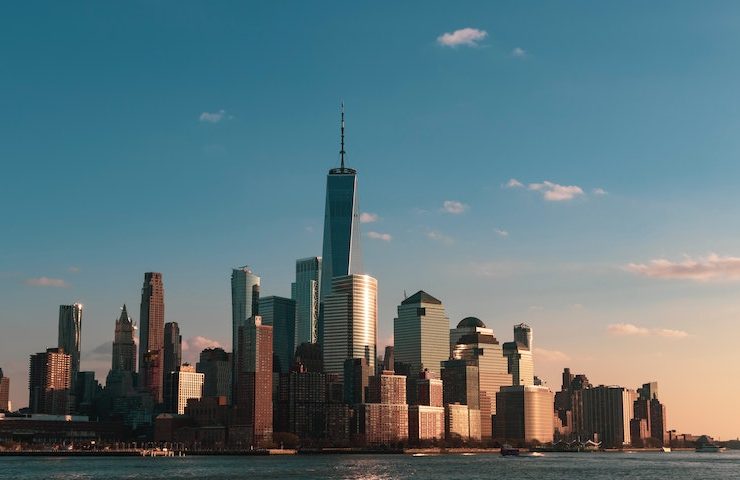 We recently looked at a decade’s worth of New York City office sales, zooming in on each borough to see the evolution of the market from 2010 through 2019. What we found is that, while Manhattan continues to outshine the rest of the city in terms of office prices, other boroughs are also picking up the pace. Brooklyn’s office investment market has already risen to the challenge, while Amazon’s HQ2 race has put Queens firmly on the map.

While combing through the data, we thought it’d be interesting to see which were the priciest office sales to close across the city over the past decade. This will give us a better picture of just how much the market has evolved, and which of the five boroughs has gained the most interest from office investors.

We used Rolling Sales data from the New York City Department of Finance, to extract the top 10 office sales to close in each of the five boroughs, from 2010 through 2019. As a side note, if we were to round up the most significant office sales of the decade in all of New York City, there’s a good chance all the deals on the list would be in Manhattan. Consequently, we thought it’d be more interesting to look at each borough in part.

The most significant office sale to close in Manhattan over the past decade is also NYC’s top office sale, by far. Tech giant Google broke records in 2018 when it forked over more than $2.3 billion to snatch the property dubbed Chelsea Market from Jamestown. With the purchase of the landmark property located at 75 Ninth Avenue in Midtown South, Google further established its presence on the Chelsea office market.

The building at 75 9th Avenue connects to another Google-owned property right across the street, at 111 Eighth Avenue. Google acquired that asset in 2010 when it paid over $1.7 billion to buy it from Taconic Investment Partners. That sale was the fifth-largest office deal to close in Manhattan in the past ten years, and the top office sale of 2010, as well.

The second-largest office deal of the decade closed in 2017, when HNA Group shelled out $2.2 billion for the office tower at 245 Park Avenue in Midtown Manhattan. The Chinese conglomerate bought the property from Brookfield Property Partners and the New York State Teachers’ Retirement System. However, 2017 was also the year when Beijing decided to impose strict control over Chinese investments overseas, and foreign investors started pulling out of the market soon after. In 2018, HNA sold a stake in 245 Park Avenue to SL Green, and transferred property management and leasing responsibilities to the NYC landlord.

Not too far from the Brooklyn end of the Brooklyn Bridge, you’ll find the site of the most prominent office deal of the decade in the borough. In 2016, a joint venture between Kushner Companies, LIVWRK, and CIM Group paid $340 million to purchase the property at 25-30 Columbia Heights in DUMBO. Easily recognizable by its iconic ‘Watchtower’ sign, the building served as the headquarters for Jehovah’s Witnesses for nearly 50 years. The sign is no longer there, and the new owners are undertaking a redevelopment of the property. Panorama, as the project is called, will ultimately incorporate roughly 750,000 square feet of office and retail space on the Brooklyn waterfront.

Kushner, LIVWRK, and CIM each made additional appearances on our list of Brooklyn’s top office transactions of the decade.

CIM Group closed the second-largest deal of the decade in 2017 when it paid $171 million to purchase the asset at 16 Court Street in Brooklyn Heights from SL Green. The 36-story, 330,000 square-foot office building, was renovated in 2016. It housed the Brooklyn Department of Transportation, the New York City Department of Health and Mental Hygiene, and the Brooklyn Daily Eagle, among others.

Kushner Companies kept busy in 2017, as well, closing three deals with Invesco Real Estate, for the properties at 55 Prospect Street, 77 Sands Street, and 117 Adams Street. Kushner joined forces with RFR Realty and LIVWRK on these sales, which closed for a combined $358 million.

The purchase of 55 Prospect St., 77 Sands St. and 117 Adams Street were part of a buyout in which Kushner, LIVWRK, and RFR bought Invesco’s stake in the DUMBO Heights campus. The five-building office and retail campus also includes 175 Pearl Street, which sold to Normandy Real Estate Partners for $103 million that same year.

LIC, Home to 5 of the Top 10 Queens Sales of the Decade

Retail giant Amazon created a major stir last year when it decided it wasn’t going to build its second headquarters in Long Island City. However, all the attention put the Queens neighborhood on the investment map, and development in the area is getting intense. However, this part of Queens was a target for investors more than once over the past few years – 5 of the ten office sales on our list closed in Long Island City.

The biggest office sale of the decade in Queens closed in 2012, when SL Green parted ways with the property at 25-30 Jackson Avenue in LIC, selling it to investor David Werner for $481 million. The office tower, also known as One Court Square, sold again to Savanna in 2014; however, the sale price remains undisclosed, though it could be reportedly higher than what Werner paid for it in 2012.

Another highlight of the decade in Queens was the double sale of the property at 33-00 Northern Boulevard, also in Long Island City. The Center Building, as it is called, first changed hands in 2012, when Hampshire Properties sold it to Madison Marquette for $84.5 million. Three years later, the office property sold again to Vornado, this time for $142 million – roughly 70% more than what Madison Marquette paid for it in 2012. The Center Building completed in 1914 as the Ford Assembly and Service Center of Long Island City, and over the years, it’s been converted to office and retail space.

Jamestown Seals the Biggest Bronx Office Sale of the Decade

Over in the Bronx, there were only two office sales to exceed the $100 million mark over the past ten years. The top office transaction of the decade in the borough closed in 2017, when Jamestown bought the property at 260 East 161st Street from Acadia Realty Trust, for a price tag of $115 million. The asset, also known as the Melrose Building, is a 10-story, 280,000 square-foot office building located six blocks from Yankee Stadium and right across the street from the Bronx County Hall of Justice.

The only other Bronx property to fetch more than $100 million in the past ten years was 1201 Lafayette Avenue in Hunts Point. The 410,000 square-foot office complex is known as the Banknote Building and was acquired by Madison Marquette in 2014 for $114 million.

What’s interesting to note is that there are three office sales on our list to close in 2019, signaling that investor appetite for Bronx office assets has definitely intensified over the past ten years.

Back in 2015, the sale of the office building dubbed Edgewater Plaza broke records, becoming one of the biggest office sales in Staten Island’s history. At the time, Steven Wu paid $21.5 million to buy 1 Edgewater Street in Rosebank from LNR Partners. Fast forward to 2018, and the asset sold again, this time to Galil Management, for $47.2 million. The 268,000 square-foot building is home to tenants such as SLSCO, The City of New York Board of Elections, NYPD, and Staten Island University Hospital.