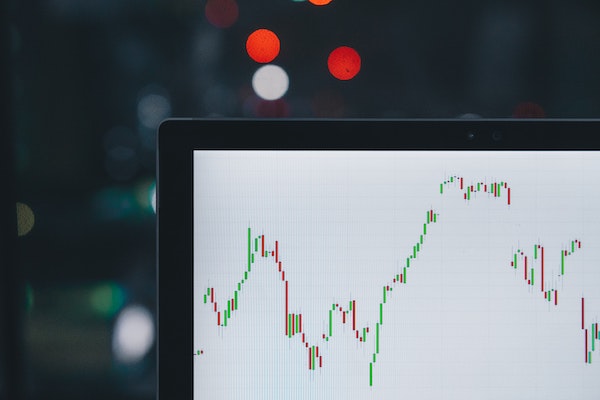 Technology has crept its way across all possible industries over the past decades, improving the way we do business and go about our daily lives. From virtual and augmented reality to artificial intelligence software and machine learning, technological advancements have blurred the lines between real life as we all know it and the digital world.

The financial sector is no exception to this phenomenon; in fact, it’s often an early adopter of new groundbreaking technologies and advancements in cybersecurity, financial apps, and, last but not least, cryptocurrencies.

The latest craze in the cryptocurrency world is NFTs, which witnessed a surge in popularity during 2020 and the first part of 2021. Suddenly, these NFTs were everywhere, taking over the art, music, and entertainment worlds. Are they coming for commercial real estate next?

What exactly is an NFT?

The term NFT has been thrown around daily in the past months, but many people still aren’t sure how they work or why they should even care. In particular, real estate professionals have been reluctant about the topic, as most of them are skeptical about just how valuable and reliable these NFTs can be. But what is an NFT, exactly?

An NFT, also known as a ‘nonfungible token,’ is a data unit stored on a digital ledger, or blockchain, which certifies it as unique. Unlike cryptocurrency, however, NFTs are not interchangeable, and they provide the owner of an NFT with a digital proof of ownership. This is probably one of the most appealing things about NFTs: the fact that the owner or buyer of an NFT can check the origin and authenticity of an asset and trace back all of its previous activity in the blockchain.

NFTs can be used for various digital assets, including photos, videos, digital artwork, and more. In February 2021, the popular Nyan Cat gif animation sold as an NFT for more than half a million dollars. Twitter CEO Jack Dorsey put his first-ever tweet up for sale as an NFT. Music artist Grimes sold various NFTs for close to $6 million, while rock band Kings of Leon will release the first NFT music album. An NFT depicting LeBron James making an iconic dunk for the Lakers sold for over $200,000. Artists can even build royalties into their NFTs for future sales. Needless to say, the art world has fully embraced NFTs. However, they are slowly making their way into other industries, as well, including real estate.

The rise and fall of NFTs

Many real estate professionals and investors are reluctant to join the NFT craze, as the technology is still evolving and, for many people, is still quite hard to understand. The frenzy over these tokens also seems to have died down in the past couple of months, leading many to question whether it’s something that’s here to stay or just a fad.

The NFT market peaked in May when it reached $102 million in sales in a single day and marked $170 million in transactions over the following week. However, by the end of the month, the numbers fell 90% to just $19.4 million, a downfall most likely connected to a crash in the cryptocurrency market that same month. Elon Musk’s tweet announcing that Tesla was suspending vehicle purchases through Bitcoin might also have had something to do with it.

Coinbase co-founder Fred Ehrsam, who previously worked at Goldman Sachs, predicts that 90% of NFTs will have little to no value in three to five years. However, he cautions that ‘you could say the same thing about early internet companies in the late 90s, too.’ Although many have rushed to announce the end of the NFT craze, others believe this spring’s crash is just a sign that the market is stabilizing.

NFTs and real estate: is it a good match?

The first foray of NFTs into the real estate industry happened this spring when a virtual NFT house sold for more than half a million dollars online. The ‘Mars House’ was the first NFT house put up for sale. It eventually changed hands on the NFT marketplace SuperRare for 288 Ether, or ethereum, a cryptocurrency similar to Bitcoin. Artist Kim Krista noted that the house can be experienced and viewed through virtual reality (VR) software but could also be experienced through augmented reality (AR) in the future.

Virtual real estate and virtual addresses have begun popping up across the NFT marketplace, such as this NFT of Trump Tower at 725 Fifth Avenue in Midtown Manhattan. The file is downloadable, resellable, and ideal for those looking to become ‘digital landlords’ in New York City. But while the virtual real estate world has started embracing NFTs and seeing profit-making potential in them, most people in the industry are still unsure.

In California, real estate broker Shane Dulgeroff tried to sell an actual property as an NFT. Located at 221 Dryden Street in Thousand Oaks, the home was put up for auction at a minimum bid of 48 Ether, or roughly $110,000. However, the broker was aiming for an offer of no less than $2 million. The house was listed on marketplace OpenSea earlier this spring, along with a colorful NFT animation of the property. Unfortunately, there were no bids placed on the house, and the auction closed just two weeks later. Dulgeroff decided to sell the property via traditional means and transfer the NFT to the buyer upon the close of escrow.

Despite the reluctance manifested by real estate investors and professionals towards NFTs, they could prove a valuable added feature in real estate transactions. In the future, NFTs could be issued for real estate purchases, making it easier and cheaper to issue title insurance and perform title searches. An NFT associated with any commercial real estate sale could offer the buyer easy access to the complete property history, thus eliminating a lot of time and effort scanning through the paperwork. It could also include contractual terms, proof of ownership and sale, complementing or even replacing the traditional deed.

Additionally, NFTs could lead to more capital being invested in real estate transactions, as they could allow multiple buyers to invest in a single property. The process would be similar to selling securities or shares recognized by the Securities and Exchange Commission, except that it would be much faster and eliminate a lot of waiting time and paperwork involved in such transactions. This, in turn, would create more interest and higher demand, which would push prices even higher.

For now, however, real estate professionals are skeptical about the future of NFTs, especially following the recent crash, and prefer to play the waiting game and see how the technology evolves. Still, many experts do see a future for these digital assets in real estate, as they could streamline and simplify many lengthy processes. It remains to be seen whether the NFT trend will continue, as right now, the market is heavily influenced by outside factors and events, particularly related to cryptocurrency.