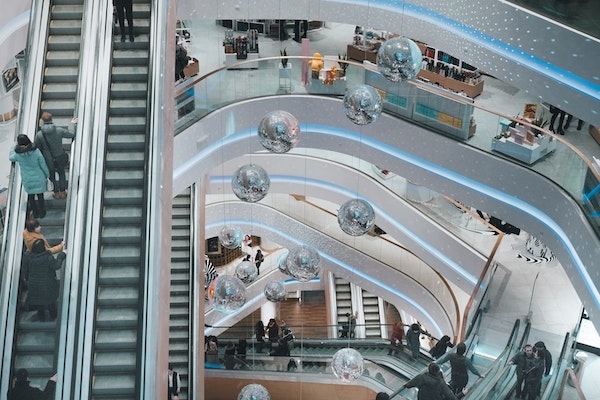 The COVID-19 pandemic is already having a massive impact on the global economy. In just a few months, most industries have been affected, with the retail and restaurant sectors taking the biggest hit.

The New York City lockdown put the brakes on many businesses that had to close down their physical locations. Companies that weren’t also offering online services had to rethink their entire business model and strategy, and race to digitize their offerings before it was too late.

The retail sector took the biggest hit, as most brick-and-mortar stores were forced to lock doors, exceptions being grocery stores and pharmacies. Traditional retail was already struggling before the pandemic, but after being forced to shut down completely, many big names went into bankruptcy.

Luxury retailer Neiman Marcus is one of them. The company filed for Chapter 11 bankruptcy in early May and started closing down stores across the country to relieve its massive debt. As it turns out, the company’s first outpost in New York City will be among the closed locations.

News recently hit that Neiman Marcus would be closing its three-story, 190,000-square-foot flagship store at the Shops at Hudson Yards. Landlords Related and Oxford are reportedly planning to lease the retailer’s space as offices, to stabilize revenue and improve foot traffic for remaining retailers. They’re also marketing other retail spaces in the building as offices, which means roughly 380,000 square feet will be available for tenants – approximately 40% of the mall’s total square footage.

The closing of Neiman Marcus’ store is a big blow to Related and Oxford, which invested $80 million to build out the space for the retailer. The retail portion was one of the top-selling points of the Hudson Yards development, and attracting Neiman Marcus meant more retailers would soon follow. However, various smaller tenants at the Shops negotiated lease agreements with rent discounts and even exit clauses. According to Business Insider, these provisions were meant to protect them in case the anchor tenant left, and no replacement was found.

The good news is that the space occupied by Neiman Marcus is barely one year old and equipped with all the modern amenities that commercial tenants want. Consequently, the Shops at Hudson Yards might be an excellent choice for creative office tenants. Here’s why it would work.

Related and Oxford are not the first to think of converting retail space into offices. Landlords and building owners have been embracing this trend in recent years, albeit slowly, and more of them are likely to follow suit post-pandemic.

In Los Angeles, a vacant mall will become Google’s latest West Coast outpost. The 584,000-square-foot Westside Pavilion mall is undergoing a $140 million transformation to become Google’s new office complex, dubbed One Westside. The project is scheduled for completion in 2022. The conversion is meant to breathe new life into the old mall while fueling the local economy and job sector.

Developers are betting on the potential of office tenants boosting foot traffic in traditional shopping centers, and providing a steady revenue stream in the form of office rent. Office tenants are a much safer bet for landlords than retailers, and a longer-term commitment. But retail-to-office conversions could also be highly beneficial to office tenants.

Related CEO Jeff Blau told Bloomberg that the company’s office tenants have already asked about the possibility of expanding their office space to ensure all distancing and safety measures are respected. The demand for office space could allow retail landlords to fill up vacant spaces and increase foot traffic.

‘If we were to convert a Neiman’s and put a tech company in there with 2,000 employees, the traffic generated from incremental office space would bring much more business to the retailers down below than a different department store,’ explained Blau.

Working in a Mall Could Be a Win-Win Situation

For some, going to work in a mall or a shopping center could be a great fit. Businesses in creative industries that wish to attract young talent could use this strategy as a significant selling point. Employees would have direct access to grocery stores, restaurants, banks, gyms, and other services within the building. They would have access to parking spaces and mass transit, as shopping centers are almost always easily accessible and well-connected.

An office inside a mall could also provide plenty of lunch options and after-work entertainment. Workers could move around in a climate-controlled, weather-proof environment, without having to leave the building, which could alleviate urban traffic and pollution. Finally, it could boost sales for retailers, especially in a post-pandemic world that will focus on online shopping.

Retail-to-office conversions could also be a lifesaver for coworking providers, who are also struggling. Last year, a JLL study found that the highest concentration of coworking spaces in retail, nationally, is in malls. The study also predicted that coworking spaces in retail would grow at a 25% annual rate through 2023. Shared offices located in former retail spaces could appeal to freelancers and entrepreneurs who don’t want to work from home and want an all-in-one temporary office.

More and more retailers have been struggling to keep afloat, and the lockdown only worsens the matters. The list of retailers that have filed for bankruptcy in recent months includes Neiman Marcus, Barneys New York, Modell’s Sporting Goods, J. Crew, and JCPenney. As stores continue to close, filling up vacant spaces could be a challenge, but also an opportunity for landlords. Turning former retail spaces into offices could be the solution that benefits tenants and landlords alike in the long run.