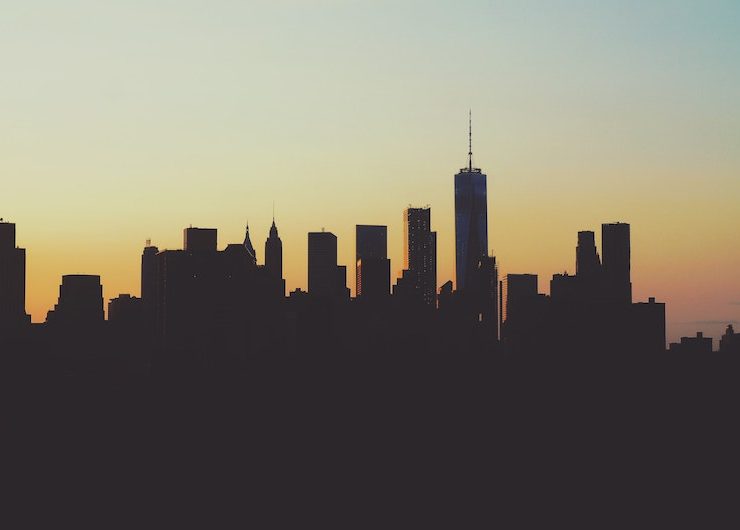 There’s no denying that the emergence of COVID-19 has caused a tectonic shift in the world order. Whether we’re aware of it or not, the global economy and the way that we do business have changed forever, and this pandemic will show ripple effects long after it peaks.

The U.S. economy had a good start to 2020, with rising wages, low inflation numbers, and robust job growth across the territory. New York City commercial real estate was on a roll, with demand for commercial spaces higher than ever and close to 20 million square feet of office space in the construction pipeline. Then, in March, the state of New York was struck by the spread of the virus, and it quickly became the epicenter of the pandemic in the U.S.

COVID-19 casualties have now surpassed those of 9/11, and the U.S. healthcare system is being put to the test like never before. The USNS Comfort recently docked in NYC to relieve hospitals of non-coronavirus cases, so that local doctors and nurses can focus on saving those lives affected by the pandemic. Initial social distancing measures quickly turned into stay-at-home and work-from-home orders, which for some industries have proved catastrophic.

By far, the most affected businesses during the pandemic are those in industries like leisure, hospitality, travel, entertainment, and restaurants. Traditional retailers have also taken a big hit, as the retail sector has shifted towards e-commerce and brick-and-mortar stores have closed. On the other hand, necessary spaces like grocery stores, pharmacies, and home delivery operators are so far doing well, even with shortened operating hours.

The U.S. Senate recently approved a $2 trillion economic disaster relief package meant to keep businesses afloat during the pandemic. The CARES Act includes nearly $350 billion targeted towards helping small businesses, with a limit of up to $10 million per business. These funds are meant to cover payroll, rent, and other expenses, to incentivize business owners to keep their employees and avoid layoffs. All self-employed individuals, independent contractors, and companies with fewer than 500 employees, which were in business on February 15, can sign up to receive this aid package. These are the categories that are most affected by the pandemic, as larger corporations will be able to keep business operations running smoothly, at least for the time being.

When it comes to the real estate market, it’s still a bit too soon to predict any significant changes in the way this sector operates. Specific measures have been adopted as a way of easing the burdens on both landlords and tenants. For instance, in many cities across the U.S., local governments have taken a stance on evictions. In New York, Governor Andrew Cuomo enforced a 90-day moratorium on evictions for residential and commercial tenants, which states that no one can be evicted in the state of New York until at least June 20.

Larger companies with full-building leases will likely not be as impacted by the economic freeze for a while. However, smaller office tenants and ground-floor retailers might find it challenging to keep up with rent payments, putting any renewals or expansions on hold. Many businesses, such as those in sectors like I.T., advertising, marketing, or media, have been able to keep operations going by having employees work from home. Other businesses have had to lay off employees and then had to reconsider their current office leases and the amount of space they need considering the new situation.

Office asking rents have not experienced a significant change as of yet, as the effects of the pandemic and stay-at-home orders will most likely be visible starting with the second quarter of the year. If the economy should unfreeze in the next couple of months, the effects on office leasing activity should be minimal. However, if the economic slump is to continue towards the end of the year or even into 2021, office asking rates are likely to fall as landlords will struggle to find tenants to fill vacant space.

The end of coworking spaces?

Since we’re on the subject of commercial office space, it’s worth noting that the coworking and shared space industry will also be hard hit, with lasting effects that could lead to devastating results. This business sector was already going through a rough patch, with industry leader WeWork in decline, but the pandemic has made matters worse and sped up the process. SoftBank, which was expected to rescue WeWork with a $3 billion stock purchase, announced at the start of this month that it was backing out of the deal. This is another blow to the already troubled shared space provider, which is the biggest commercial tenant in NYC at this point.

Even before the pandemic, debates concerning the advantages and pitfalls of the open-office design were a hot topic, with growing concerns about privacy, productivity, and workplace health (both physical and mental). Given the current situation, a rethinking of the open office seems inevitable; even as the pandemic retreats, people will be much more reluctant to be crammed into noisy and overcrowded offices with hundreds or thousands of other people. That reluctance will be even more intense when it comes to coworking offices since these spaces house multiple businesses and individuals who don’t know each other at all.

The retail real estate sector is by far the most affected by the spread of the new coronavirus in the United States. New York City is profoundly challenged, as most office buildings also lease space to ground-floor retailers, and shopping is a popular leisure activity for both locals and tourists. Except for essential businesses such as grocery stores and pharmacies, most stores have been closed to contain the spread of the virus. Brick-and-mortar retailers have been heavily impacted, and traditional retail businesses have been forced to either close down or move their operations online. Even major players like Debenhams in the U.K. have been hit by the pandemic and forced to file for administration or bankruptcy.

It’s not all bad news for the retail industry, though. Some major brands like Walmart, Amazon, or CVS are hiring to keep up with demand during this time.

Industrial real estate on the upswing

The pandemic has significantly changed the way the real estate market works, with the retail and hospitality sectors taking the biggest hits. However, the industrial sector is still going strong, as the economy shifts from traditional retail to e-commerce. As more Americans are forced to stay home, they rely solely on e-commerce to fulfill their daily needs and get the supplies and necessities they require, which benefits logistics companies in the short run.

The high demand will also apply pressure on companies to make sure they have ample warehouse space and distribution centers to cater to the growing customer base. A recent NKF report also suggests that underutilized or vacant industrial spaces could be put to use as temporary homes for medical supplies or impromptu sites for patient treatments, which will keep this sector going and keep such areas useful.

Right now, it’s tough to say how this ongoing pandemic is going to affect the U.S. economy in the long run, as the numbers are changing every day, and everyone is taking things one day at a time. What’s certain, however, is that some sectors of the economy will be permanently changed, like traditional retail and coworking.

Commercial real estate is a sector of the economic landscape that tends to rebound, as transactions and commercial leases take a long time to be finalized and everything moves slowly compared to other industries. If, however, this economic standstill is prolonged, the sector might also be affected, with transaction velocity likely to slow down and asking rates expected to take a fall, as well.

Companies and landlords will also have to reexamine the open-office layout and create a safer and more protective work environment for employees. Consequently, large corporations are likely to focus on full-building leases, where they have control over both offices and common areas. At the same time, small companies will likely turn away from coworking and either lease their own office space or shift towards remote work.