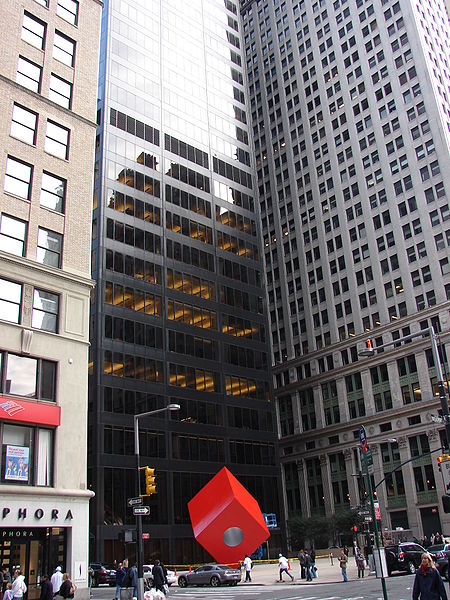 Back in the 1960s, developer Harry Helmsley tapped Gordon Bunshaft of Skidmore, Owings & Merrill to design the office skyscraper currently standing at 140 Broadway in Lower Manhattan. The tower was completed in 1968 and used to house the headquarters of HSBC. Over the years, building owners have completed $21 million worth of improvements to bring the office tower to modern standards. In 2013, the Marine Midland Building, as it was previously called, was designated a New York City Landmark by the New York City Landmarks Preservation Commission. Nowadays, 140 Broadway boasts top-notch amenities and is home to various high-profile office tenants in the legal sector, tech and finance.

The building today known as One Forty Broadway offers 1.25 million square feet of Class A Financial District office space, including 37,000 square feet of retail. The 52-story building owned by Union Investment and managed by JLL has earned LEED Gold certification in 2015 for its sustainable features.

Getting to and from 140 Broadway

140 Broadway is conveniently located in the heart of Lower Manhattan’s Financial District, just one block east of the World Trade Center site. This excellent location offers tenants easy access to all the dining and shopping destinations in the area, as well as to various public transportation options, including the WTC Transit Hub, PATH, subway lines, buses, trains and ferries.

Who is renting office space at 140 Broadway?

140 Broadway has historically housed high-profile office tenants looking for quality office space in the heart of FiDi, the city’s main business district. The building once housed the headquarters of banking giant HSBC, but nowadays it’s home to a diversified pool of tenants. The anchor tenant of the building as of 2010 is Brown Brothers Harriman, which leases roughly 430,000 square feet in the building. Other notable tenants include Deloitte, CBRE, Smith Graham, Sirius America, and the Bank of Japan.

How much is the rent price for office space at 140 Broadway?

Office asking rents at 140 Broadway are roughly on par with, or slightly above the average found in Lower Manhattan. Rental rates for office space in the building hover around $70 per square foot, which is still significantly more affordable than the rents commanded in Midtown Manhattan. Class A office space in Hudson Yards, for example, often exceed $100 per square foot. 140 Broadway offers all the necessary modern amenities in an architecturally iconic and sustainable building.