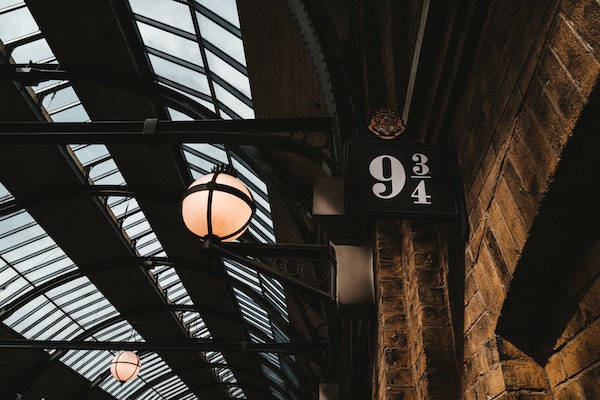 New York City commercial estate has taken a massive hit during this past year, as rents and leases dropped to levels not seen since the 2008 financial crisis. All sectors of real estate were affected, including office, hospitality, and multifamily. However, the retail industry was hit the hardest. One by one, stores closed their doors during the lockdown and moved their business online, but many never recovered after 2020.

The NYC retail sector is still recovering, and it will take a long time for it to return to its pre-pandemic state, if at all. However, new stores are starting to pop up around Manhattan, offering a glimpse of hope for retailers, landlords, and customers alike.

Nothing screams hope, magic, and joy more than the beloved Harry Potter movie series, and New York City is in dire need of a bit of magic. So Warner Bros. has brought magic back to NYC commercial real estate by opening a flagship Harry Potter store steps away from the iconic Flatiron Building.

The biggest Harry Potter store in the world

Although the Harry Potter universe was created in the U.K., New York City can now pride itself in housing the biggest Harry Potter store in the world. The three-story, 21,000-square-foot Midtown South store houses the most extensive collection of Harry Potter and Fantastic Beasts products in the world. It is located at 935 Broadway, right in the shadow of the Flatiron Building, where the former Restoration Hardware store used to exist.

The Harry Potter NYC store incorporates 15 different themed areas, while the entrance lobby welcomes visitors and fans with a massive model of Fawkes the Phoenix. A team of experienced prop makers created the majestic statue over several months. It weighs a whopping 220 lbs and is one of a kind, designed specifically for the new NYC store.

Harry Potter fans can enjoy other props in the new store, including an iconic London phone box that takes you directly to the Ministry of Magic and a designated area where young aspiring wizards can select and test wands. The store houses over 1,000 Wizarding World props, many of which were used in the highly successful Harry Potter movies.

Besides the impressive props and souvenirs, the store also offers treats that avid Harry Potter fans will instantly recognize. These include Diagon Alley specials such as Bertie Bott’s Every Flavour Beans, Honedukes’ Chocolate Frogs, and the iconic Butterbeer.

The store will feature intelligent technologies and V.R. experiences throughout, and fans will be able to interact with different products and areas through the Harry Potter Fan Club app. In addition, several Enchanted Keys are scattered throughout the store that fans can digitally unlock to access behind-the-scenes trivia, figures, and videos.

Last but not least, Harry Potter NY is home to the only House of MinaLima in the country. MinaLima is the graphic design duo that worked on all Harry Potter and Fantastic Beasts movies. The store includes a gallery and retail area dedicated to showcasing the work of the now-legendary artists.

The lease of Harry Potter NY was brokered by Cushman & Wakefield and is a welcome, much-needed boost for the local retail scene. NYC’s bustling commercial real estate market was heavily impacted by the pandemic, with numerous retailers closing their doors for good. The opening of Harry Potter NY brings hope back to Manhattan and is the first step towards recovery. According to Real Estate Weekly, the retail lease deal won the Real Estate Board of New York’s Most Ingenious Deal of the Year.

“This one-of-a-kind retail experience will draw Harry Potter fans from across the world to our neighborhood, catalyzing economic activity that supports businesses throughout Flatiron and NoMad as they recover from the devastation of the pandemic,” James Meethan, executive director of the Flatiron BID, said in a statement. “The fact that such an iconic franchise is opening their flagship store in the heart of the Flatiron District bodes well for the future of our neighborhood recovery,” he added.