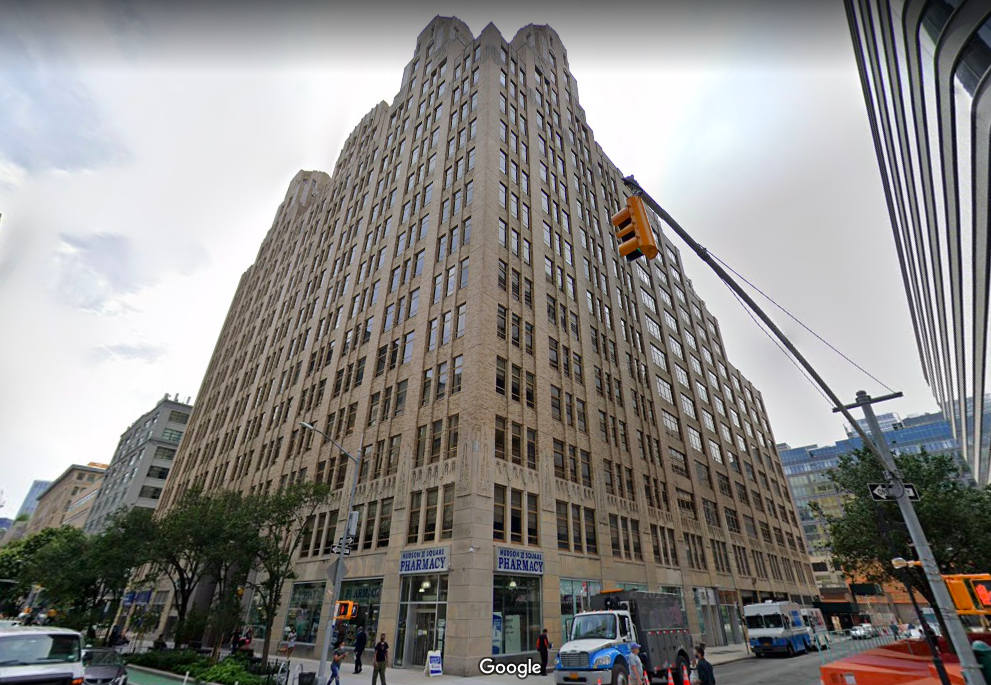 The office property at 345 Hudson Street in Midtown South was originally completed in 1931, with a design by Benjamin H. Whinston. It is one of 12 properties built in the early 1900s to house printing presses, converted to modern office space by Trinity Real Estate. The redeveloped assets attracted creative media and technology companies to Hudson Square and helped revitalize this part of Manhattan. 345 Hudson Street was fully renovated in 2010 and is now part of the new $1 billion Google Hudson Square campus, alongside 315 Hudson Street.

The 345 Hudson Street property offers 978,795 square feet of Class B Hudson Square/Tribeca office space across 17 floors. Owned by Trinity Real Estate and managed by Hines, the building was renovated in 2010. It also boasts LEED Gold certification from the USGBC for its energy-efficient features.

Getting to and from 345 Hudson Street

345 Hudson Street is conveniently located in the buzzing Hudson Square/Tribeca neighborhood, in the heart of Midtown South. It is just a short walk from the Houston Street subway station and Hudson River Park. There are also many shopping, dining, and hospitality destinations nearby, including Little Italy Pizzeria, Four Points by Sheraton Soho Village, and Just Salad. The building also features a Starbucks on the ground floor.

Who is renting office space at 345 Hudson Street?

How much is the rent price for office space at 345 Hudson Street?

Office asking rents at 345 Hudson Street start at $50 per square foot but can vary depending on the size and terms of the lease. The building offers large, open floor plates, ideal for technology or media and communication companies looking to sign a full-floor lease. Currently, the property is 100% leased.