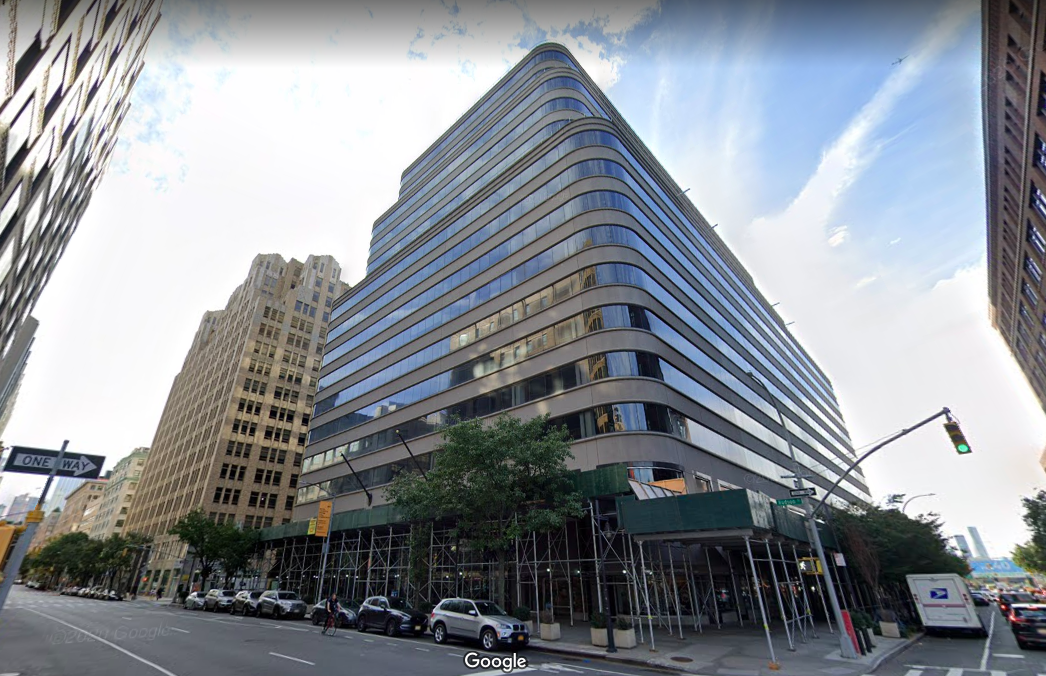 The office building rising at 375 Hudson Street in Hudson Square/Tribeca was originally built in 1987 and completed in 1989. It was commissioned by Hudson Square Properties and designed by Emery Roth & Sons, Lee Harris Pomeroy Associates, and Skidmore, Owings & Merrill. The building, also known as the Saatchi & Saatchi Building, was the first in New York City to earn LEED Gold for its energy-efficient features. It also features artwork such as murals created by artist Gera Lozano, which are visible from the street.

The Saatchi & Saatchi Building features more than 1 million square feet of Class A Hudson Square/Tribeca office space for lease. The 19-story property is owned by Trinity Real Estate and managed by Hines Interests. It incorporates retail space, two levels of parking, as well as an on-site fitness center. In 2010, the property became the first existing office building in NYC to earn LEED Gold certification from the USGBC.

Getting to and from 375 Hudson Street

The Saatchi & Saatchi Building at 375 Hudson Street benefits from an excellent location in the heart of Midtown South. Those who work in the building have easy access to shopping, dining, fitness, and entertainment destinations, as well as public transportation. The building is just a short walk from the Hudson Street subway station and close to the Hudson River Greenway, Pier 40, and the Holland Tunnel.

Who is renting office space at 375 Hudson Street?

How much is the rent price for office space at 375 Hudson Street?

Office asking rents at 375 Hudson Street start at around $70 per square foot, but they can vary depending on the terms and size of the lease. Given its history and high-profile tenant roster, the Saatchi & Saatchi Building is highly sought-after by media, communications, and advertising companies. Its large floor plates can accommodate growing businesses, offering plenty of room for expansion.