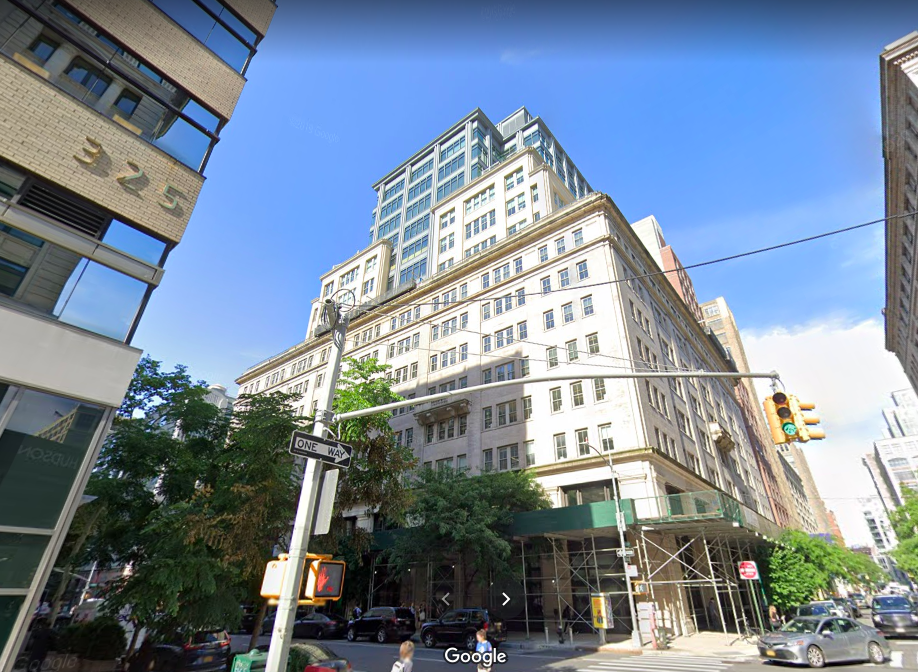 The striking office tower located at 330 Hudson Street was originally built as a small warehouse building in 1910. Its early tenants included the Waterman Pen Company and the Masback Hardware Company, which moved out in 1979. In 2013, the property underwent a complete renovation and restoration, adding eight office space stories above the existing structure. Today, the Class A office building is home to high-profile tenants such as Cadillac and TripAdvisor and is one of the most modern commercial properties in the Hudson Square submarket.

The building at 330 Hudson Street is owned by AEW Capital Management and managed by CBRE. It includes ground-floor retail space and a restored facade harking back to the industrial roots of Hudson Square and Soho. It also boasts LEED Gold certification from the USGBC for its energy-efficient amenities.

Getting to and from 330 Hudson Street

330 Hudson Square benefits from an excellent location in the heart of Midtown South, in the buzzing Hudson Square/Tribeca submarket. Those working in the building have easy access to various shopping and dining destinations and are well connected to public transit. The Houston Street and Spring Street subway stations are just a short walk away, and there are two bus stops right next to the building.

Who is renting office space at 330 Hudson Street?

How much is the rent price for office space at 330 Hudson Street?

Office asking rents at 330 Hudson Street can go as high as $90 per square foot, but terms of the lease can be negotiated with the landlord. The final rate will vary depending on the size of the lease, the lengths, any necessary build-outs, tenant credibility, and concessions.