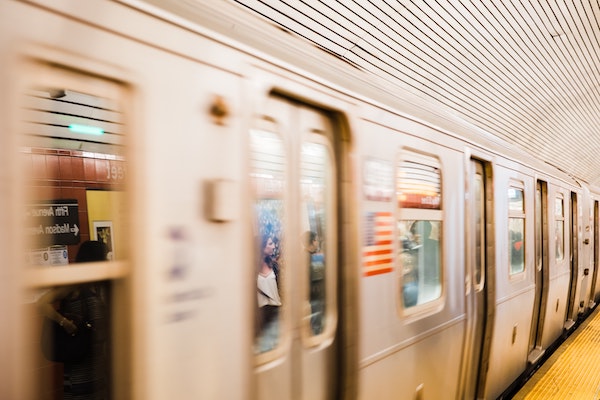 The NYC Metropolitan Transit Authority (MTA) is currently facing its biggest challenge yet. The impact of the Covid-19 pandemic and the subsequent lockdown has thrown New York City’s public transportation system into an unprecedented crisis.

The MTA has never had it this bad; its situation is now dire, worse than it was after 9/11 or the 2008 financial crisis. After years of accumulating debt, the MTA is running out of money, and it is in desperate need of a government bailout. If it doesn’t get it, it will be forced to take drastic measures, like reduce its workforce, shut down certain lines, or enforce fare hikes. These measures could have a significant impact on the city’s real estate market, and it’s something that landlords will have to keep a close eye on.

The economic lockdown in NYC dramatically reduced the number of people using public transportation. Even after reopening, people are reluctant to return to the office or hop onto subways or buses with strangers. As a result, ridership in NYC currently hovers at around 20% of its usual 5.5 million daily commuters, which is a disastrous situation for the MTA.

The authority had devised a four-year, $51.5 billion plan aimed at upgrading the public transport system in NYC, which is now on hold. A congestion pricing system that would have taxed drivers coming into highly-trafficked areas of Manhattan and could have brought extra revenue to the MTA has also been shelved.

The MTA already used up the $3.9 billion it received this spring via the CARES Act. It additionally asked for an additional $4 billion to cover its expenses for the rest of the year, but that number has since increased to $12 billion. However, even if it gets the bailout it is asking for, the next few years won’t be easy for the MTA. Forecasts estimate a $16.2 billion budget shortfall through 2024 for the authority, which is quite dramatic, given that the MTA’s budget for 2020-2021 totaled $34.5 billion.

Governor Andrew Cuomo will continue to lobby for the $12 billion needed to bail out the MTA, but he’s still waiting for the Senate’s approval. A decision will have to be made by November when the authority must approve its budget for the next fiscal year.

If the MTA doesn’t get its much-needed bailout, it will take drastic measures to ensure it stays afloat and continues to provide at least basic service to commuters. Some of the steps the MTA is debating include reducing service, slashing workforce numbers, putting infrastructure upgrades on hold, and last but not least, increasing fares.

For low-income New Yorkers, that’s not good news. Public transportation is already quite expensive, with subway tickets at $2.75 and monthly passes going for $127. A hike in fares might convince even the most skeptical employees of the convenience of remote work, and they might choose to stay home and avoid going to the office altogether.

Even if the $12 billion bailout comes through, that would only cover the MTA’s operating deficit by the end of 2020. The agency will still be in tremendous debt, and it might yet have to apply many of the measures we mentioned above. At the moment, it’s spending $200 million per week; couple that with an increase in vandalism that led to $300,000 in subway window damages, and you get an idea of how bleak the picture is.

The outlook for the MTA is worse than it was during the city’s near-bankruptcy in the 1970s, worse than 9/11, and even worse than Hurricane Sandy in 2012. Moreover, if a second wave of the coronavirus hits in the upcoming months, the situation might become even worse, as ridership is quite low even after reopening. In March, ridership went down 90% in the city and has only managed to climb back to 20% of its usual daily number. Another wave of the virus might hit the MTA so hard that no government bailout will be able to save it.

The impact on NYC real estate

It would seem that the MTA is heading for a rough ride in the upcoming years, bailout or not. The measures it will take to survive will have a significant impact on New Yorkers, and implicitly on the city’s real estate market.

At the moment, while the city has officially reopened, the way people live and work has changed, possibly forever. More and more companies are embracing remote work, either temporarily or permanently, which means there are a lot fewer workers heading into the office via public transportation. Those who can afford to ride to work by car are likely to do so, and people will refrain from taking unnecessary trips whenever they can.

If the MTA decides to implement some of the measures we discussed, it could have a massive impact on the city’s real estate market. Increasing fares will be an enormous blow to low-income New Yorkers, who are already being pushed out of town by the high housing costs. Reducing service, which means shortening schedules or shutting down individual stations, will deter people from renting or buying homes in certain areas. Access to public transit is more than just a desirable amenity for potential homebuyers and renters; it’s a necessity that they’re not willing to compromise on.

These measures could also have an impact on commercial real estate in NYC. The overall value of a commercial building is based partially on accessibility. If an office building is no longer served by mass transit, its value goes down, and existing tenants might choose not to renew their leases and find a more accessible location. As a result, vacancy rates for commercial buildings might go up, and landlords will be forced to lower rents to find viable tenants.

The fact that the MTA has put infrastructure upgrades on hold means that certain parts of the city will have to wait to benefit from access to mass transit. Certain projects that are currently under development will struggle to find tenants if they don’t provide them with access to nearby transport options from the get-go. What’s more, existing lines might be cleaned and disinfected less frequently, which might put off commuters, who will choose to work from home to avoid getting the virus.

The Senate doesn’t seem to be in any rush to come to the MTA’s rescue. While Governor Andrew Cuomo has repeatedly stressed the urgency of getting the much-needed government bailout, there is yet no sign of whether that’s going to happen. And, even if it does, the MTA will still be facing tough times, as the $12 billion it’s asking will only get it through the end of the year. It seems that some drastic measures will have to be taken either way, and these measures will have a long-term impact on the city’s real estate market. It remains to be seen just how drastic these measures will be and how much of an impact they’re going to have on the lives of New Yorkers.