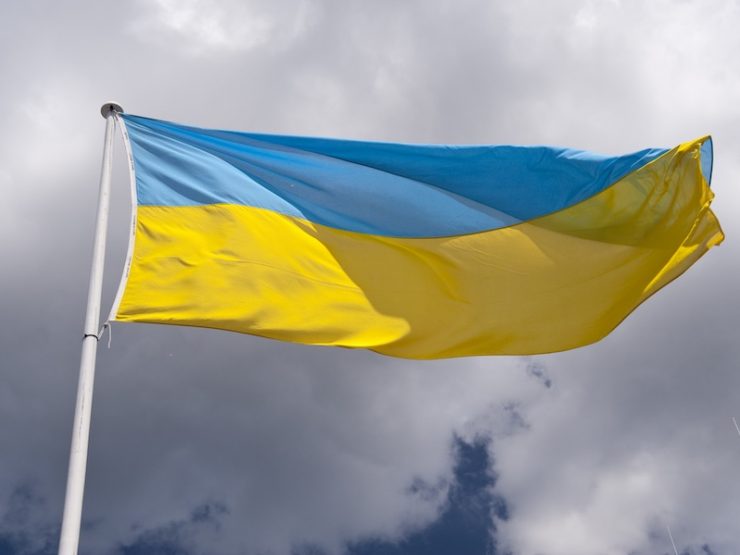 Today I’d like to discuss the Ukraine conflict and its eventual impact on the real estate market. More than one and a half million refugees fled the country only in the first ten days of the war. Who would have ever thought we would see a major ground war in Europe during our lifetime? The stability of Europe and the prosperity that accompanied it are under threat.

Even though the war is a distant country overseas and NATO explicitly says that it will not get directly involved, the conflict will affect the United States in unexpected ways. First and foremost, it will keep inflation high.

By the end of the last year, rising prices were already a concern. According to the Labor Department, consumer prices increased by 7% in December. This is the largest increase in the Consumer Price Index since 1982. In some categories, such as car rentals, prices jumped even higher, up to 36%. At the time, however, the main reason for inflation was the pandemic. Ironically, now COVID seems to have faded into the background. New York City has already relaxed many pandemic rules, and more and more companies are announcing that they are returning to offices in the upcoming weeks.

But the easing of the pandemic by itself may not be enough to balance the impact of Russia’s invasion on prices around the globe. It’s not only oil that rose due to massive sanctions against Russia but there was also a set of new supply chain disruptions, on top of those caused by the pandemic. Ukraine is a large exporter of grain, making up about 17% of the global supply. Russia supplies about 7% of the world’s aluminum, which is used in soda cans, industrial manufacturing, and construction. It also supplies nearly 13% of global titanium, which companies like Boeing use to build certain aircraft parts.

Returning Production to the US Will Increase Costs

As a result of Russia’s invasion of Ukraine, Western companies have started to take political risks into account as a major operating concern. Many global companies, including real estate firms, have left Russia or temporarily halted their operations in Ukraine. In the days leading up to the war, when the US was sounding the alarm, the House passed a bill to strengthen domestic computer chip production operations. It is an industry that relies significantly on Taiwan and China. In addition, Ukraine meets about half of global demand for neon gas, and neon happens to be important for semiconductor chip manufacturing. Now, other sectors may also reconsider the overseas production of goods, bringing at least some of it to the US to stabilize various supply chains. However, minimizing dependence on overseas labor and materials will inevitably increase the prices of goods and services, which will contribute to high inflation.

What Does This Mean for Commercial Real Estate?

What does all this mean for commercial real estate or residential for that matter? High inflation is to the benefit of borrowers and to the detriment of lenders. This has huge implications for the real estate industry.

For those who are pessimistic about the US economy and believe that 1970s stagflation is on the way, there is a glimmer of good news. It may be a good time to take out a mortgage and purchase a home or investment property. Inflation will make it much easier to repay the debt over time. It will also mean that the value of your property will grow faster.

It’s a great time to borrow as long as the interest rates remain significantly below the annual inflation rate. Eventually, banks will increase their mortgage rates as a response.

While businesses bring their essential production back to the US, we’ll likely see more construction, more jobs, and maybe even more office buildings assuming the pandemic eases. Commercial tenants can benefit from high inflation as well. Commercial leases are much longer than residential leases. They can be for more than ten years, and these contracts typically include a fixed annual increase between 2% and 3%. When inflation is higher than that, tenants’ rental costs decrease as a proportion of their total revenue.

Even though the dollar amount increases each year per the agreed-upon rent escalation the rent becomes easier to pay. This is because as an expense, it makes for a smaller percentage of their revenue. Due to the risk of inflation, landlords will have an incentive to get rid of fixed percentage rent increases in favor of escalations based on the Consumer Price Index. So, for the moment, any tenant with a lease in force that has a fixed percentage annual rent increase will benefit from those lease terms, tenants who are about to sign new leases or lease renewals that include fixed percentage increases will benefit as well. Since the commercial real estate market in New York City is still weak, particularly the office sector – thanks to Covid, – tenants can still likely negotiate fixed percentage increases in weaker markets such as New York City.

Landlords May Cut Back on Services and Capital Improvements

Should inflation over time reduce the profitability of commercial properties, landlords may be forced to reduce services or cut back on capital improvements to their buildings. They already have to deal with increased vacancy rates due to the pandemic.  Additionally, rents are significantly lower than they were in March of 2020. In addition to cutting back on capital improvements, maintenance, and amenities, they may be forced to cut back on tenant improvement allowances that they offer to new tenants. However, this allowance is a key inducement for drawing in new tenants, so it is not likely to go away completely.

As for Russian oligarchs, the list of their US assets mainly consists of private residential properties.  A notable exception is Vlad Doronin.

He owns a residential development firm and hotels. But Doronin, a dual American and British citizen, denounced Russia’s invasion. In Moscow, he owns a luxury home designed by Zara Hadid. Mr. Doronin claims that he has never been a Russian national since he left the Soviet Union before its dissolution and didn’t apply for a Russian passport. So while sanctions did contribute to elevated anxiety at luxury home markets in Miami and New York City due to high net worth Russians playing an important role, commercial real estate will be affected in a more indirect manner; namely by an inflationary shock.