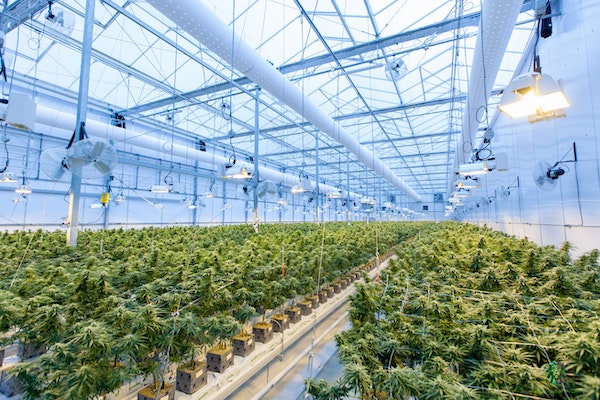 The New York City commercial real estate sector is going through a bad patch, and the retail industry, in particular, is having one of its worst years ever. But a recent statewide development might give the commercial sector a much-needed boost.

Earlier this spring, Governor Cuomo signed legislation that legalizes adult-use cannabis in New York State, following in New Jersey’s footsteps just months before. This new legislation places New York on the list of states where marijuana use is legal. So far, 15 states in the U.S. and Washington, D.C., have legalized recreational marijuana, while 36 states have legalized the use of medical marijuana.

“This is a historic day in New York – one that rights the wrongs of the past by putting an end to harsh prison sentences, embraces an industry that will grow the Empire State’s economy, and prioritizes marginalized communities, so those that have suffered the most will be the first to reap the benefits,” Governor Cuomo said in an official statement.

The new legislation could bring a wealth of new opportunities to New York State, as tax collections from the adult-use cannabis program are expected to reach $350 million per year. What’s more, Cuomo believes the marijuana industry could create 30,000 to 60,000 new jobs across the state.

Under Cuomo’s S.854-A/A.1248-A bill, people across New York will have easier access to medical marijuana to treat different medical conditions and will be able to cultivate medical cannabis at home to this end. Additionally, a social and economic equity program will be created to assist those who’ve been disproportionately affected by cannabis enforcement. The program aims to provide 50% of licenses to a minority or female-owned business, to distressed farmers, or service-disabled veterans. This way, the Governor’s office expects to encourage involvement in this new industry.

Next up: a cannabis banking bill to support small businesses

Another development is currently in works that could unlock even more doors for landlords and tenants in the cannabis industry. The House recently voted 321 to 101 to approve a cannabis banking bill that would finally allow banks to provide services to cannabis companies in U.S. states where marijuana use is legal. If passed, the bill would allow more businesses in this growing industry to lease or buy real estate to run their operations.

Marijuana is still illegal at the federal level; consequently, many landlords are still reluctant to lease commercial space to cannabis-related companies. On the other hand, banks are unwilling to provide loans or financial assistance to such companies, as they would be breaking federal law. The result is that many startups in the cannabis industry cannot afford to rent or buy commercial space to do business, limiting the growth of this promising industry. The proposed bill determines that no proceeds from legal marijuana businesses will be considered illegal under federal law and aims to support cannabis businesses in states where marijuana is legalized.

What does this mean for NYC commercial real estate?

The legalization of marijuana in New York state could have a massive impact on NYC’s commercial real estate sector. It could open up new doors and pave the way for an entirely new type of real estate, one that could revitalize the city’s struggling office and retail sectors.

A recent report from the National Association of Realtors (NAR) showed that “states, where medical and recreational marijuana have been legalized for more than three years, have seen more increases in demand for commercial properties.”

This shows that the cannabis business could revitalize the retail, industrial, and office sectors in New York City and create opportunities for developers, landlords, and tenants alike. The retail sector in NYC is in dire straits, office buildings are half-vacant, while life science businesses are thriving on the other end of the spectrum. There is a clear trend towards healthcare- and wellness-related projects in the city, and all across the U.S. for that matter, and any developments that could potentially improve people’s lives have a high chance to succeed.

Additionally, over the past year, NYC has turned into a tenant’s market, and landlords are much more open to concessions and build-outs to accommodate the right tenant. It’s the perfect time for cannabis-related businesses to enter the scene.