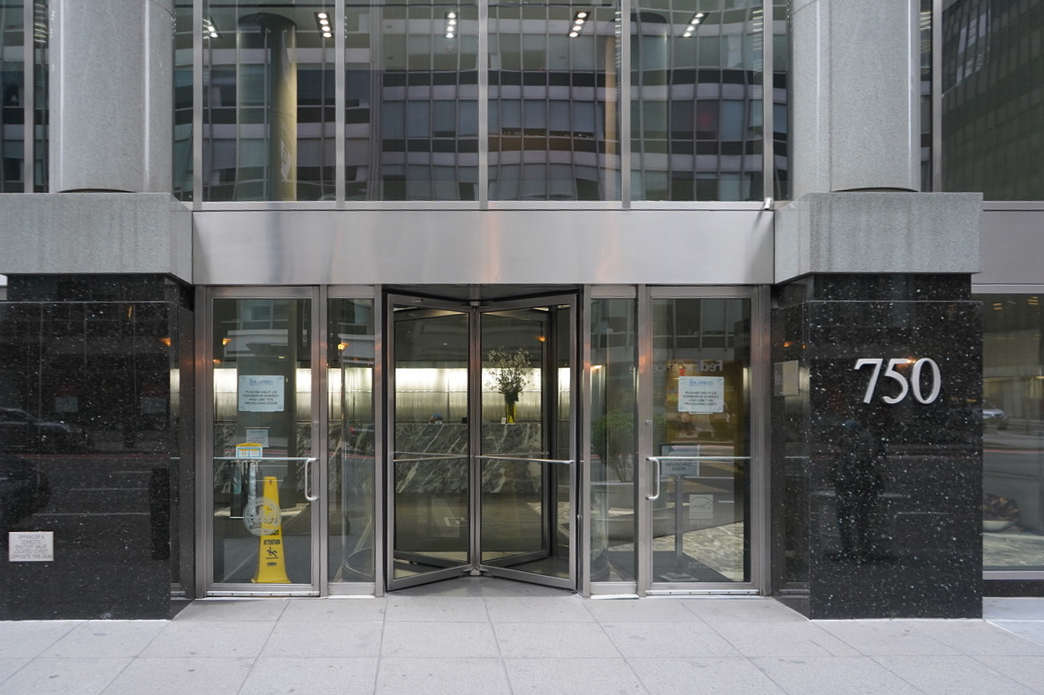 The office building at 750 Third Avenue in Midtown Manhattan was built in 1957, with a design by Emery Roth & Sons. Also known as Grand Central Square, the tower spans a full block front of Third Avenue between 46th and 47th Streets, and lies just two blocks from Grand Central Station. The property was renovated in the 1980s, and today it houses several high-profile office tenants, government agencies, and retailers.

Grand Central Square offers 857,354 square feet of Class A Grand Central office space. The 34-story, LEED Silver-certified building is owned and managed by SL Green Realty, and was renovated in 1984.

Floor plates at 750 Third Avenue range in size from 11,600 to 43,000 square feet, offering a wide range of leasing options. These floors are served by 17 passenger elevators and two service elevators. Amenities include a 24/7 attended lobby with turnstile access, a messenger center, an attended loading dock, on-site management, and a 100-car garage located within the building. Furthermore, the building incorporates an interconnecting lobby to 485 Lexington Avenue, is Wired Gold and Energy Star certified, and is the recipient of a prized BOMA 360 Award.

Getting to and from 750 Third Avenue

Since it is located near Grand Central Terminal, 750 Third Avenue offers tenants the convenience of easy access to many transportation options, including the 4, 5, 6 and 7 subway trains, as well as Amtrak and Metro North service.

Who is renting office space at 750 Third Avenue?

How much is the rent price for office space at 750 Third Avenue?

Office asking rents at 750 Third Avenue tend to start in the low $50s per square foot, but can go higher, depending on the terms of the lease. That’s significantly more affordable than the average commanded in Midtown Manhattan, which hovers around $89 per square foot.