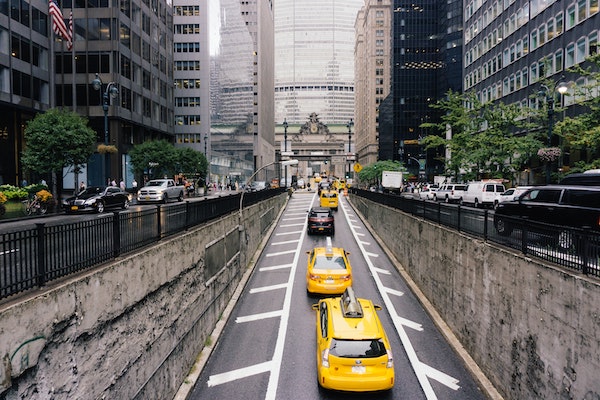 A new landmark is set to appear on the New York City skyline in the following decade, setting new height records and further transforming the area surrounding Grand Central Terminal.

Earlier this year, developers and city officials celebrated the official opening of One Vanderbilt, a brand-new, state-of-the-art office tower right next to Grand Central. The $1.4 billion tower is now the tallest office structure in Midtown Manhattan and the fourth-tallest building in NYC after One WTC, Central Park Tower, and 111 West 57th Street. However, if the Grand Central Hyatt hotel’s redevelopment receives city approval, One Vanderbilt will only get to hold on to those titles for a few more years.

Before Grand Hyatt, there was The Commodore Hotel

Located directly east of Grand Central Terminal, opposite One Vanderbilt, is the former Commodore Hotel, known as the Grand Hyatt New York. The hotel has a long and rich history, starting with its completion in 1919 by the Bowman-Biltmore Hotels group. At the time, it was an integral part of Terminal City, a massive project consisting of hotels and offices directly connected to Grand Central Terminal.

The project, spearheaded by the New York State Realty and Terminal Company, included the Commodore Hotel, the New York Biltmore, and later on, the Roosevelt Hotel. The Commodore, located at 109 East 42nd Street, opened on January 28, 1919, and accommodated many high-profile guests over the years, including Albert Einstein in 1921.

At the time of opening, The Commodore, named after “Commodore” Cornelius Vanderbilt, featured 2,000 rooms and regarded as the most beautiful lobby in the world. Its excellent location and direct connection to Grand Central made it a highly appealing destination for tourists and visitors. However, over the following decades, the hotel started to lose some of its glamour and appeal, and a few decades later, it found a new – and controversial – buyer.

In 1976, Donald Trump joined forces with the Hyatt chain and purchased the 2,000-key Commodore Hotel with the aid of a 40-year, $400 million property tax abatement. The asset was rebranded as a Grand Hyatt and underwent a $100 million upgrade that included a new mirror-glass facade and new interiors. However, after several legal battles and controversies, the Hyatt group purchased Donald Trump’s 50% share in the hotel in 1996, thus ending his involvement with the property.

The Grand Hyatt New York was completely renovated in 2011, and the modern interiors were removed to bring back the timeless glamour of the original Commodore. However, this was not the end of the story for the hotel.

In 2019, TF Cornerstone and MSD Partners (a group linked to Michael Dell) announced plans to demolish the Grand Hyatt and built a state-of-the-art mixed-use tower in its place. Dubbed ‘Project Commodore,’ the proposal detailed plans for an 89-story tower featuring office, retail, and hotel space, as well as new public spaces and improvements to the subway station.

In November 2020, a development team including TF Cornerstone and RXR Realty released further details on the project, including the fact that Skidmore, Owings & Merrill would design it. The 3 million-square-foot tower would become the tallest building in New York City by roof height, topping out at 1,646 feet. It would contain 2 million square feet of office space, a 500-key Grand Hyatt hotel, 43,370 square feet of retail space, and roughly 10,000 square feet of open-air public space.

The development of Project Commodore is possible due to the Midtown East rezoning, which also allowed SL Green and Hines to build the 73-story One Vanderbilt. The team of developers was able to make One Vanderbilt a reality with the help of over 500,000 square feet of air rights from neighboring buildings, including Grand Central Station. Other projects that benefitted from air rights transfers include Extell Development’s One57 and JP Morgan Chase’s new headquarters at 270 Park Avenue.

Interestingly enough, TF Cornerstone is one of the owners of Grand Central Station, so Project Commodore will have no problem purchasing air rights to move forward. Grand Central reportedly has more than 1.3 million square feet of air rights to sell.

Currently, the Grand Hyatt features 1,298 rooms, employs 925 people, and includes 60,000 square feet of conference and meeting space, according to the Wall Street Journal. For the development team to demolish and rebuild the property at 109 East 42nd Street, they would require a transfer of Hyatt’s property lease, which holds it through 2077.

According to the NYC Zoning Planning Portal, developers have submitted the draft scope of work for environmental impact, and a public scoping meeting is scheduled for Monday, December 21st, 2020. If city officials approve the project, construction work is set to include 18 months of demolition and 47 months of construction, which equates to a 2030 completion date.

If approved, the project would also bring significant improvements and updates to the nearby subway stations, including an expanded entrance at East 42nd Street and expansive underground retail space. The tower would feature retail space on the basement, first, and second floors, office space up to the 64th floor, and a Grand Hyatt hotel on floors 65th through 83rd.

The Grand Hyatt New York will continue accepting reservations through at least July 31, 2022.