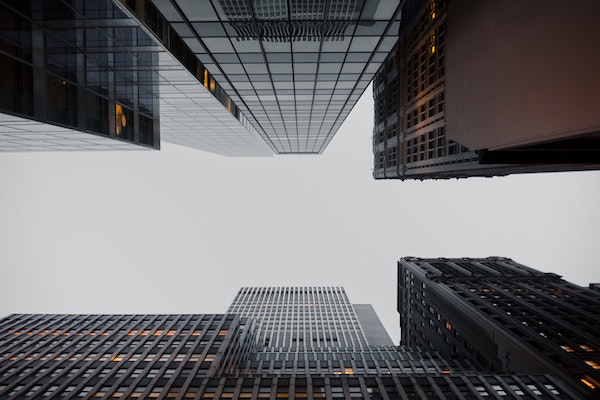 It’s universally known that New York City office space is among the priciest in the world, and Manhattan office buildings often fetch exorbitant prices, in the range of hundreds of millions, and even billions. But one might wonder why a four-story, unassuming office building comprising 5,000 square feet boasts a price tag of $26 million.

The building we’re referring to is located at 147 West 40th Street in Manhattan’s Theater District. It was built back in 1900 and features four stories and 5,190 square feet of office space. According to the listing, this property is asking for $26 million, which would come down to more than $5,000 per square foot. At first glance, this price tag seems absurd, even for Manhattan. But there is a very good reason why someone would pay $26 million for a small, outdated office building just south of Times Square.

The explanation behind this massive price tag is the fact that 147 West 40th Street comes with 29,625 square feet of commercial air rights and 19,750 square feet of residential air rights. This makes the property extremely valuable to potential investors, for various reasons, which we’ll get into below.

A history of NYC air rights

The concept dates back to the 1797 Slate vs. David court case, which involved two stolen barrels of herrings found 15 feet under the yard of the accused. The court found that anything above or below the soil was also owned by whomever owned the soil itself. This decision is defined in Latin as ‘Cuius est solum, eius est usque ad caelum et ad inferum,’ which translates to ‘For whoever owns the soil, it is theirs up to Heaven and down to Hell.’ In the 1900s, as air traffic intensified, the definition was modified to include ‘within the range of actual occupation.’

Other cities in the U.S. have embraced the concept of air rights, including Los Angeles, but New York City is in a league of its own when it comes to this matter. Vacant, buildable land is becoming more and more scarce in the city, pushing developers to the outskirts of the city, where they can build new skyscrapers from the ground up. What’s more, development has to respect zoning regulations, which differ across boroughs, neighborhoods, and community districts.

Zoning laws established in 1961 determined that any properties in NYC that share at least 10 feet of their lot line can purchase the air rights belonging to adjacent properties. This allows developers to construct taller buildings that house more people, create more jobs, and add more value to their respective neighborhoods. But what does the process entail?

Certain buildings are allowed more flexibility when it comes to selling air rights. Landmarks, historic buildings, and churches are among the properties that can sell air rights to buildings across the street, or in some cases, a few blocks away. Broadway theaters can sell air rights to anyone in the Theater District, because any new development is likely to further add value to this part of Manhattan. The Theater District rakes in more than $2 billion in revenue each year, and accounts for more than 250,000 jobs, according to City Realty.

Selling air rights allows building owners who are not using their full vertical zoning potential to sell the extra space to developers. The result might bring opportunities to the area that weren’t there before, as was the case for Extell Developments’ supertall One57. The developer reportedly spent 15 years assembling property and air rights to be able to construct a 90-story residential tower on Billionaires’ Row.

The newly-opened One Vanderbilt office building also had to overcome similar hurdles, and developers purchased 525,000 square feet of air rights from neighboring buildings, including Grand Central Terminal. This air rights transfer was possible because of the East Midtown rezoning plan, devised in 2013, which allowed developers to buy air rights from Grand Central Terminal (a NYC landmark) to construct modern office towers in the neighborhood. The rezoning plan came as an incentive to developers to try to attract companies to Midtown East, after many tenants migrated to the state-of-the-art office towers at Hudson Yards.

Development of new Class A office space in Midtown East was almost nonexistent for years, and its traditional, brick-and-limestone office buildings were no longer matching the needs of modern tenants. One company that took immediate advantage of the new rezoning was JPMorgan Chase, which bought air rights from both Grand Central owners and from St. Bartholomew’s Church to revamp its NYC base. JPMorgan will use these air rights to demolish its existing headquarters at 270 Park Avenue and build a taller, Class A office tower that would accommodate more of its employees.

Many other corporations would like to keep their Midtown East presence and benefit from the myriad of transportation options provided by Grand Central Station. Being able to offer easy access to public transportation is a powerful incentive to attract top talent, as more and more New Yorkers ditch their cars and opt for public transport options or biking to get to work. Traffic in the city is notoriously heavy, and having access to Grand Central Terminal is one of the most sought-after job perks in Manhattan.

Over the past few years, businesses have migrated to the glossy new office towers of Hudson Yards, leaving behind the outdated towers found in the Plaza District or near Grand Central. With the new rezoning rules, these companies can benefit from the proximity to Grand Central Terminal and expand their vertical footprint to accommodate more workers. After all, this prestigious part of Manhattan has always been one of the priciest and most prestigious business districts in the world, housing iconic landmarks like the Empire State Building or the Chrysler Building.

Providing access to transportation, stunning views of Midtown Manhattan, and state-of-the-art amenities for the modern tenant can be a recipe for success for companies looking to do business in this submarket. Air rights allows them to do just that, and there are still plenty to go around: Grand Central Terminal reportedly has more than1.3 million square feet of air rights to sell, while St. Patrick’s Cathedral has 1.2 million square feet.