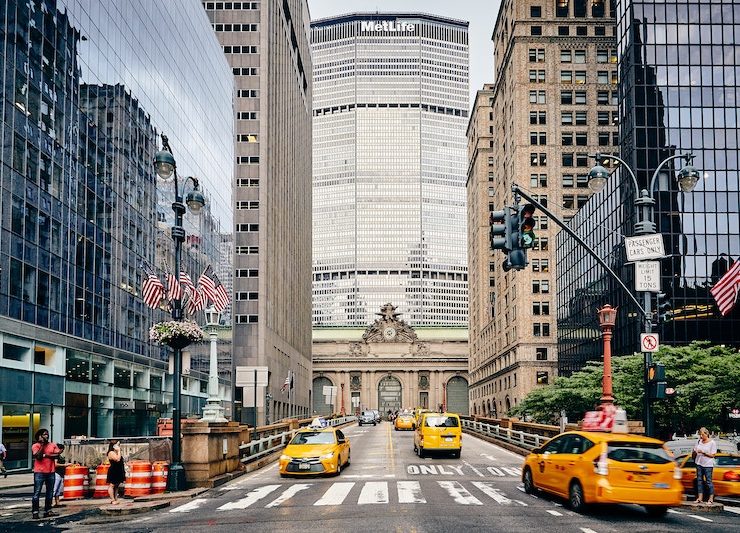 Flanked by the uber-expensive Plaza District to the north and the glamorous, as well as pricey neighborhoods of Chelsea, Flatiron and NoMad to the south, the Grand Central submarket is a timeless symbol of survival and revival throughout the years.

The popular neighborhood began taking shape soon after its core–the Grand Central Station–was finalized in 1913, after 10 years of construction and at a cost of more than $2 billion in today’s dollars. Imposant developments, such as The Chanin Building, the Lincoln Building, the Chrysler Building and the Graybar Building burgeoned in the area, each with a passageway to Grand Central’s main concourse. It became the core of the city that never sits still.

Consequently, the transportation node ensuring mobility to all residents and workers in the area turned into a flourishing business district, which shifted office demand from Lower Manhattan to Midtown. Until about 10 years ago, it was the preferred region for all types of office-using firms, attracted not only by the extensive mass transit system, but also by its high volume of Class A office space.

A coveted destination for office tenants

The submarket–one of the largest office submarkets in Midtown and Manhattan as a whole–consists of more than 43 million square feet of office space in 171 office buildings, 72 of which are Class A. Moreover, the area offers an excellent selection of small offices for rent, with sizes between 1,500 to 5,000 square feet, and landlords are offering up space for quality pre-built offices at some of the most competitive rental rates in Midtown.

Renowned tenants like Wells Fargo and Aetna set up camp at 100 Park Avenue, Capital One at 90 Park Avenue, while Oracle, Morgan Stanley Smith and Federal Home Loan Bank settled at 101 Park Avenue. And for good reason, as up to this day, these properties boast high-end amenities such as 24/7-attended lobbies, high levels of security where all visitors must sign in before entering, central AC in each of the quarters, conference facilities, property management on premises and upgraded building mechanical systems.

An alternative to Hudson Yards/Manhattan West

The market was challenged by tenant migrations to other parts of Manhattan over the last several years. Many left for Lower Manhattan and for Hudson Yards/Manhattan West once the $25 billion Hudson Yards complex of skyscrapers started changing New York’s skyline. This ambitious 28-acre project along the Hudson River progressively turned into a magnet for tech tenants looking for loft-style spaces available in a neighborhood once dominated by rundown industrial buildings.

But the Grand Central Submarket, although seemingly overlooked these days, keeps the flag flying. Commercial landlords have invested in consistent upgrades in their spaces to appeal to the current generation of professionals: they’ve removed ceilings to infuse that industrial chic aesthetic, installed modern floor treatments and redesigned the floor plans into open-plan offices, in line with the contemporary standard.

In addition, the Midtown area is much friendlier from a financial standpoint–the submarket registered the smallest percentage growth in asking rents since the third quarter of 2010. The overall asking average rent for Class A office space in Grand Central clocked in at $76 per square foot in the second quarter of 2019, as per Cushman & Wakefield data, while in the Hudson Yards area, the rate hovered around $96 per square foot during the same time period.

Grand Central also offers a wide variety of properties, with availability and a diversified inventory when looking at lower-rated assets. Top-notch Class B buildings are on the market near Grand Central station, appealing not only to startups, but to established businesses, too. Examples of such assets include The Chanin Building, 315 Madison Avenue and 501 Fifth Avenue.