The office tower located at 100 Park Avenue in Midtown Manhattan was completed back in 1949 with a design by Kahn & Jacobs. The building underwent a $72 million redevelopment in 2008, with renowned architects Moed de Armas and Shannon (MdeAS) at the helm. It became the first building of its type in New York City to install a green roof, and received numerous awards, including the BOMA 360 award. Nowadays the tower houses various high-profile office tenants in industries like law, financial services, and management.

100 Park Avenue incorporates 900,000 square feet of Class A Murray Hill office space across 36 stories, and boasts LEED Gold certification for its sustainability. Owned and managed by SL Green Realty, the property was fully renovated in 2008, adding a new two-story-high atrium lobby, new elevator cabs, and a new state-of-the-art security system, among other upgrades. SL Green also spearheaded the addition of a luxury amenity center featuring conference and meeting space, cafes and lounges, a game room, and a wellness center.

Getting to and from 100 Park Avenue

The office tower at 100 Park Avenue benefits from an excellent location in the heart of Midtown Manhattan, just one block from Grand Central Terminal. Consequently, Amtrak and Metro North trains, as well as several major subway lines, like the 4, 5, 6, and 7 trains, are easily accessible.

Who is renting office space at 100 Park Avenue?

How much is the rent price for office space at 100 Park Avenue?

Office asking rents at 100 Park Avenue tend to be on a par with the average found in Midtown Manhattan, which rose above $88 per square foot in 2019. The convenient location close to Grand Central Terminal, coupled with the top-noth amenity package and prestigious tenant roster, make the tower a desirable business address for companies operating in NYC. 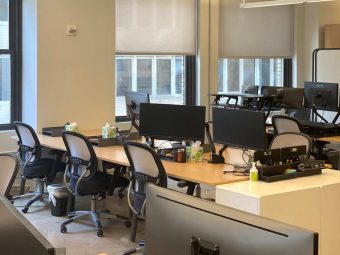 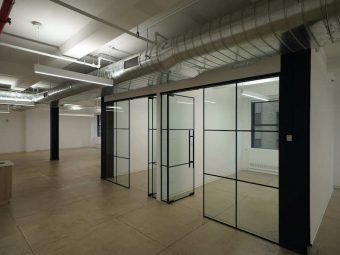