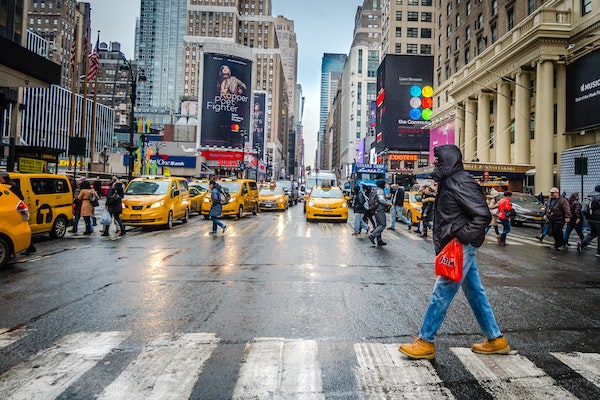 Vornado Realty Trust has been gradually expanding its commercial real estate footprint in Midtown Manhattan and is currently one of NYC’s biggest landlords. The company, founded by Steven Roth, has been acquiring and developing assets in the borough since its inception in 1982, and now owns more than 9 million square feet of property concentrated around Penn Station. It’s now one of two major REITs (real estate investment trusts) active in NYC commercial real estate, the other one being SL Green. But Vornado’s biggest project is only now starting to take shape, after years of negotiations and back-and-forth talks with city and state officials.

Vornado’s most ambitious real estate project to date is known as the Penn District, and it includes the construction of 10 new office and residential towers in the Penn Station area. The project also consists of the redevelopment of the 2.6 million-square-foot Penn 1 office building, the 1.8 million-square-foot Penn 2, and the demolition and replacement of Hotel Pennsylvania with PENN15.

Penn District to become a reality despite opposition

The 56-story tower at 15 Penn Street is the tallest component of the Penn District master plan and will feature 2.7 million square feet of Class A Midtown Manhattan office space. Hotel Pennsylvania is already in the process of being demolished to make way for Vornado’s modern new office development, which is designed by renowned architects Foster + Partners. PENN15 is just the first in a series of Class A developments undertaken by Vornado at Penn District. However, the company’s project has not been met favorably by everyone.

Community leaders have criticized Vornado’s massive Penn District plan, citing transparency, funding, and congestion issues. The development, which side-steps zoning regulations in the Midtown area, would bring even more traffic to the already-congested Penn Station area and block views and daylight for surrounding buildings. Organizations such as Reinvent Albany have also questioned who will pay for the project and how much revenue would ultimately be generated for the community.

Those who oppose the Penn District development are also concerned that developers might be underestimating the impact of remote and hybrid work models on the future of Manhattan commercial real estate. Many companies allow their workers to work from home indefinitely while also operating a physical office space. However, Vornado CEO Steven Roth is a firm believer that “business is done from the office and not from the kitchen table.” The real estate developer said in a recent conference call that “there’s a universal feeling that office is where creativity is, that’s where business is run and grows.” However, he believes that the return to the office in NYC will be slow, which is why Vornado has reconsidered its initial decision to separate Penn District into a tracking stock.

As a REIT, Vornado raises capital by issuing stock, and any potential investor can buy shares in the company. A tracking stock enables investors to focus on a specific business unit or operating division, and will trade in the open market separately from the company’s overall stock. By separating Penn District into a tracking stock, investors would be able to purchase shares and invest directly in the real estate project, independently from Vornado’s company stock.

The advantage of investing in a tracking stock is that, if the project or division does well, its value on the stock market will increase, even if the company as a whole performs poorly. The downside is that investors in a tracking stock have limited or no voting rights at all. Vornado revealed its intention to separate the Penn District project into a tracking stock almost a year ago and has now paused this decision because they don’t think the timing is right. “Restaurants are full; the city is full; office buildings…not so much. The last domino will be when employers and employees resolve hybrid work schedules and office districts are again teeming with activity,” explained Roth.

Roth’s concern is warranted, given that the city’s office use rate is still far from pre-pandemic levels, and many companies are still relying on remote or hybrid work models. However, according to their fourth quarter of 2021 financial results report, Vornado signed 954,000 square feet of office space during Q4, at an initial rent of $87.8 per square foot.

At the same time, Vornado has support from the Biden administration and Governor Kathy Hochul to revamp Penn Station and the area surrounding it, following the successful model of Hudson Yards. The Penn District would overshadow Hudson Yards in terms of sheer size and square footage offered, but uncertainty looms over how funding for the project will be handled.

Is the massive Penn District project worth it?

According to The Real Deal, the Hudson Yards development received over $1 billion in PILOT tax breaks (payments in lieu of property taxes). This was done to encourage the development of public transportation infrastructure on the Far West Side. The payments were used to fund bonds to pay for the necessary infrastructure projects over 35 years. However, the project faced several financial crises throughout the development process, and instead of paying $7.4 million through 2015 to cover the bond payments, the city ended up paying $359 million.

Community leaders fear that the same could happen with Vornado’s Penn District project and that it might end up costing the city too much. The state estimates that the expansion of Penn Station, its redevelopment, and the Gateway Tunnel under the Hudson River cost somewhere between $30 billion and $40 billion, with New York putting up 25%, per TRD.

Representatives of the Reinvent Albany group suggest that “the math doesn’t add up for this project, and it will be a huge giveaway to Vornado, under which the city government loses either existing or potential tax revenues, and state taxpayers have to bail out borrowing for the new Penn Station.” Another of the group’s concerns is that there isn’t enough affordable housing included in the massive project. As it stands, the proposal consists of 542 apartments, 162 of which are affordable, while the initial plan detailed 1,800 residential units and 540 affordable housing units.

For now, Penn District seems to finally be getting underway after decades of planning, politics, and negotiations. While the details and costs are still under debate, it’s clear that the project will bring a much-needed upgrade to Penn Station and its infrastructure and attract top talent to the neighborhood, which has been overshadowed by Hudson Yards in recent years.

Vornado’s plan will bring roughly 18 million square feet of new, top-quality commercial development to the area. This will undoubtedly attract high-profile tenants and companies looking for high ceilings, large windows, open-floor layouts, state-of-the-art amenities, connectivity, and energy efficiency – all the things that the older office buildings in the area are lacking.

The first tower to be developed is PENN15 (15 Penn Plaza), for which DBOX and Foster + Partner have revealed renderings earlier this month. Redevelopment work has been underway for a few years now. Penn Station’s $1.6 billion Moynihan Train Hall expansion was unveiled in early 2021, and the historic Farley Building was reimagined as a modern office and retail hub, with Facebook as the anchor tenant.