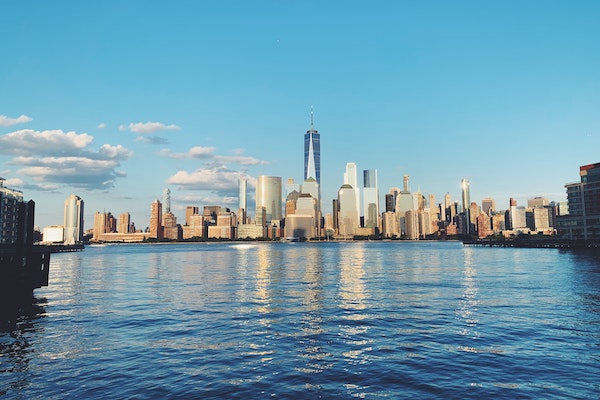 After years and years of political back and forth, the much-discussed Gateway Tunnel, meant to connect New York to New Jersey, has finally been greenlighted. The project, one of the most critical infrastructure projects in the country at the moment, had been stalled for years by the Trump administration. Now it’s finally made it back at the top of the priority list.

The New York-New Jersey tunnel, in dire need of a revamp

The Gateway Tunnel has been in the works for decades, but the magnitude of the project and its importance were intimidating. The project consists of one-track tunnels forged deep beneath the Hudson River, connecting New Jersey to NYC, with Penn Station as its final stop. The new tubes would allow engineers to repair the 110-year-old existing tunnels, severely damaged in 2012 by Hurricane Sandy.

According to the New York Times, the old tunnels carry 200,000 daily passengers, and they are so damaged that they could fail at any time. Salt from the flood has been slowly eroding the walls and cables, so much so that shutdowns and repairs have become commonplace. Should these tunnels fail, the crucial Amtrak corridor that connects Boston, NY, and Washington, DC, would be paralyzed, and the economic consequences would be dire. However, as these tunnels are so heavily trafficked daily, there’s no way to repair them without creating new infrastructure to handle the traffic. Overhauling the old tunnels would cost roughly $1.8 billion, according to the NYTimes.

From a political issue to the top of the priority list

The massive $11.6 billion project is by no means a new project. A first proposal was launched years back when it was known as the ARC tunnel; it would end not at Penn Station, but somewhere beneath 34th Street, near Macy’s. The project obtained federal backing, and construction kicked off on the tunnel until former New Jersey governor Chris Christie decided that it was too pricey of an endeavor and halted further construction. Christie’s move was not a popular one, especially for infrastructure experts who were already worried about the dangers and limitations of the century-old tunnels.

The Obama administration managed to move the project forward by reaching an agreement that the federal government would cover half the cost of the Gateway project. At the same time, New York and New Jersey would share the other half. However, the Trump administration didn’t see the project as a top priority and decided not to allow the two states to borrow federal funds to cover their shares. Now, the Biden administration has reversed that decision, and the Gateway Tunnel is finally back on track.

“President-elect Biden has prioritized infrastructure and the Hudson Tunnel project, building a new tunnel and fully rehabilitating the existing tunnel, specifically, which is good news,” said Stephen Sigmund, chief of public outreach for the Gateway Program Development Corporation, as reported by the Commercial Observer. “And the right investment for any administration is to partner with us to build Gateway — providing tens of thousands of jobs, improving reliability and ultimately capacity, and protecting 20 percent of the nation’s GDP from a potential closure of a vital link to the nation’s economic heart.”

When will the Gateway Tunnel be ready?

It will reportedly take eight years to build the new tunnels under the Hudson. This will be the first tunnel built beneath the river since the Lincoln Tunnel roughly 90 years ago. The Gateway project includes expanding the tracks at Penn Station, upgrading the existing tunnel and building a new one, and replacing the 111-year-old Portal Bridge over the Hackensack River.

The bridge replacement will most likely be included in the first phase of the project, as the current bridge does not allow enough space for boats to pass underneath it. Moreover, according to Politico, the Portal Bridge often fails to close correctly, and maintenance crews have to bash it back into place with a sledgehammer.

Besides making it safer and more accessible for passengers to travel from New York to New Jersey, the Gateway Program would bring a much-needed boost to the local economy. The project is expected to create significant rail infrastructure updates along the Northeast Corridor, which is the most heavily used passenger rail line in the US. More than 2,000 trains per day carry 800,000 passengers across eight states and Washington, DC, serving 17% of the country’s population and 97 Fortune 500 company headquarters.

The new developments will also support the recovery of New York City’s commercial real estate market. They will better serve the needs of commuters and workers when they eventually return to the office. The Gateway Program, along with the revitalization of Penn Station and other major infrastructure projects, will incentivize companies and employees to do business in NYC.